Labor Troubles On The Lake 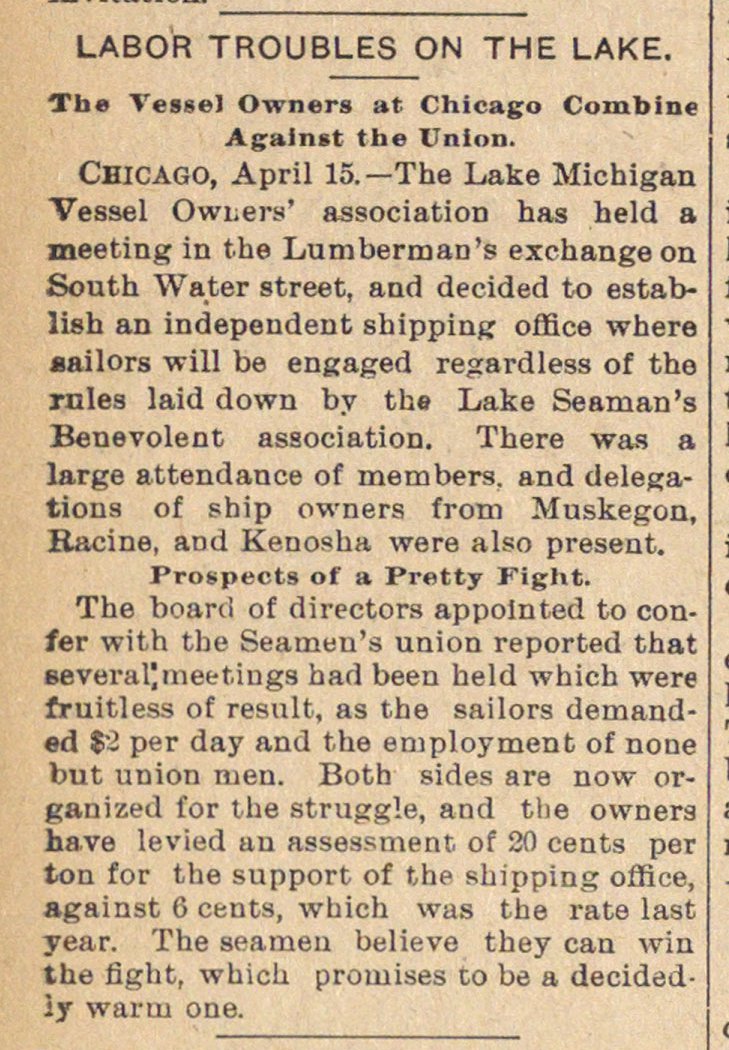 Chicago, April 15.- The Lake Michigan Vessel Owi.ers' association has held a meeting in the LumbermaD's exchange on South Water street, and decided to establish an independent sbipping office where sailors will be engaged regardless of the rales laid down b.v the Lake Seanian's Benevolent association. There was a large attendance of members. and delegatious of ship owners from Mnskegon, Racine, aad Kenosha were also present. Prospecta of a Pretty Fight. The board of directora appointed to confer with the Seamen's union reported that Beveral meetings had been held which were fruitless of resul t, as the sailors demanded $'-! per day and the employment of none but union men. Both sides are now organized for the strugg'.e, and tlie owners have levied an assessment of 20 cents per ton for the support of the shipping office, against 6 cents, which was the rate last year. The seameii believe they can win the fight, which proinises to be a decidediy warm one.