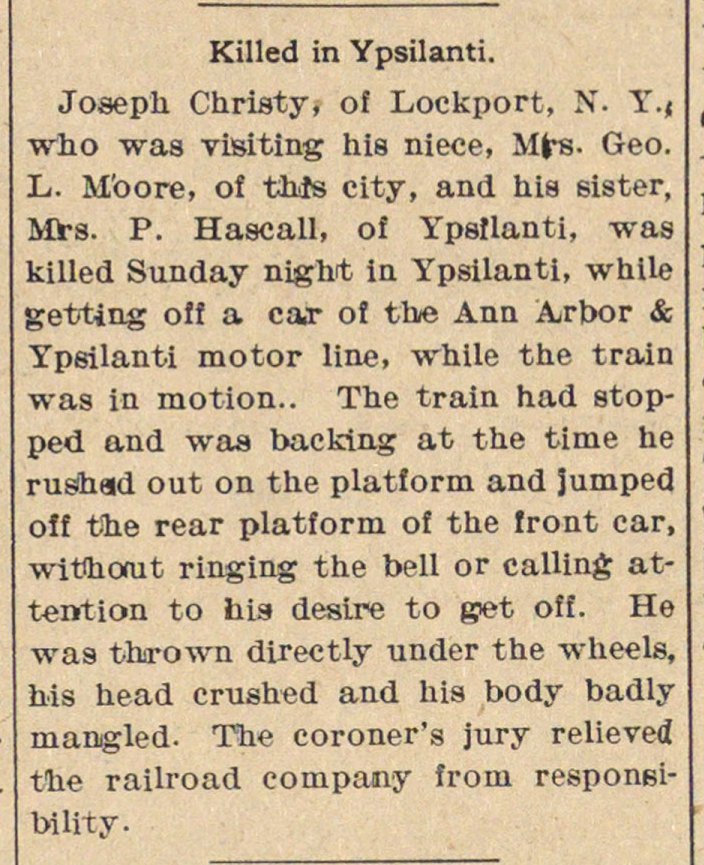 Josepli Christy, of Lockport, N. Y.( who was visiting his niece, Geo. L. M'oore, of thjs city, and his sister, Mts. P. Hascall, of Ypsflanti, was killed Sunday night in Ypsilantl, while getting off a car of the Ann A,rbor & Ypsilanti motor line, while the train was in motion.. The train had stopped and was backing at the time he rushad out on the platform and Jumped olf the rear platform of the front car, witíhoait ringing the bell or calling attention to hia desire to giet off. He was thorown directly under the wheels, his head crushd and his body badly mangled. The coroner's jury relieved tlie railroad company froni responsibility.