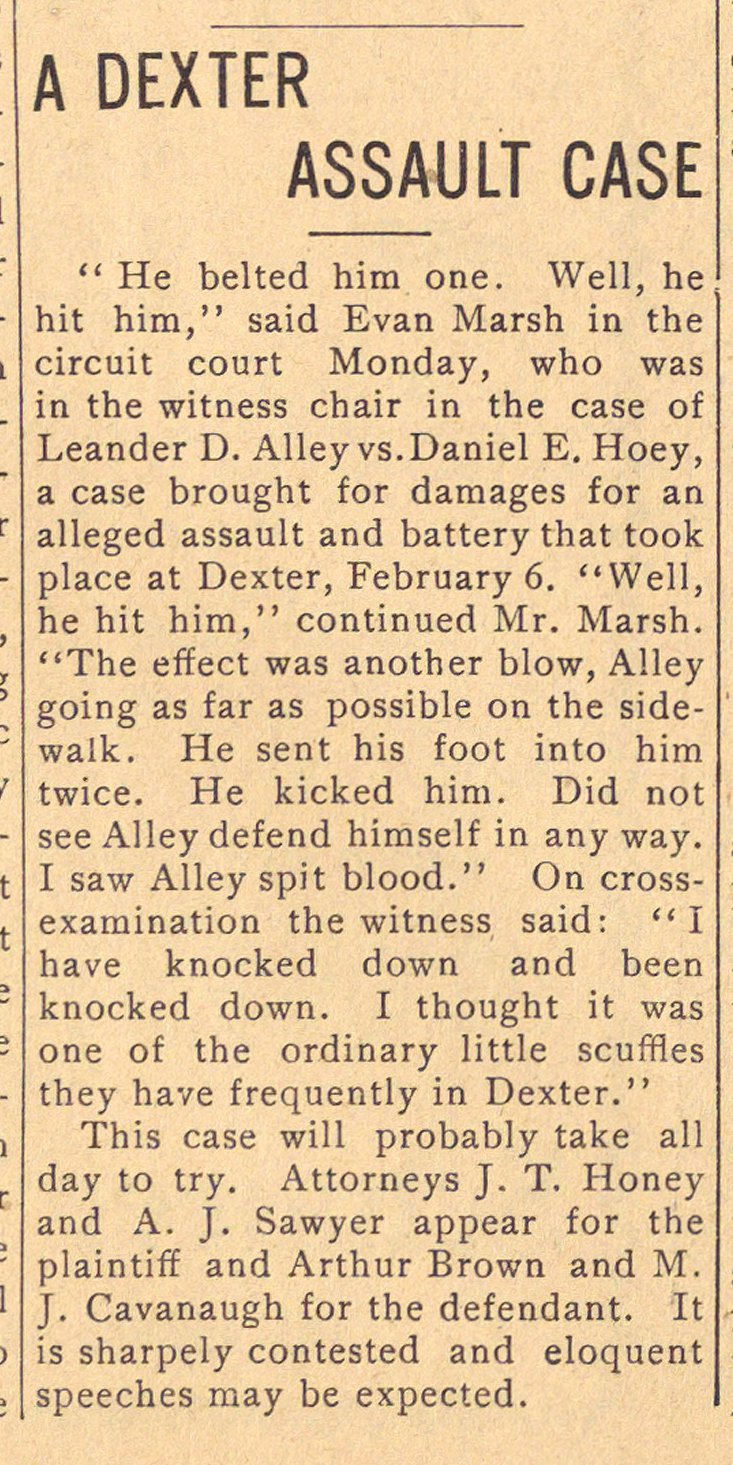 " He belted him one. Well, he hit him," said Evan Marsh in the circuit court Monday, who was in the witness chair in the case of Leander D. Alleyvs. Daniel E. Hoey, a case brought for damages for an alleged assault and battery that took place at Dexter, February 6. "Well, he hit him," continued Mr. Marsh. "The effect was another blow, Alley going as far as possible on the sidewalk. He sent his foot into him twice. He kicked him. Did not see Alley defend himself in any way. I saw Alley spit blood." On crossexamination the witness said: "I have knocked down and been knocked down. I thought it was one of the ordinary little scuffles they have frequently in Dexter." This case will probably take all day to try. Attorneys J. T. Honey and A. J. Sawyer appear for the plaintiff and Arthur Brown and M. J. Cavanaugh for the defendant. It is sharpely contested and eloquent speeches may be expected.