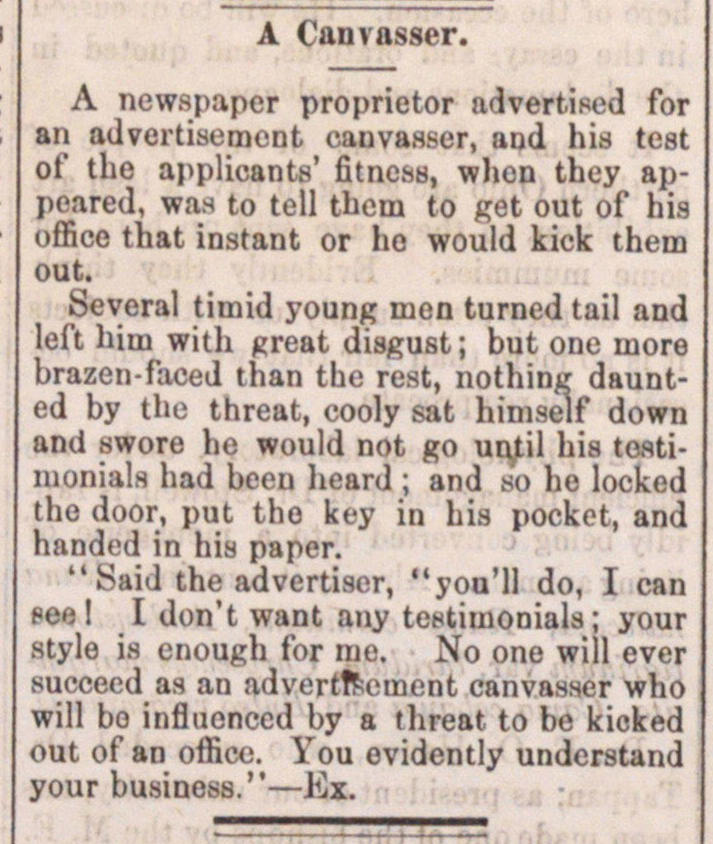 A newspaper proprietor advertined for an íiilverti.M'iiH-iit. canvasser, and liis test of the applicants' fitness, whon they appeareJ, was to tell them to get out of his office that instant or ho would kick them out. Seyeral timid young men turned tail and left bim with great disgust ; but one more brazetifaced than the rest, nothing daunted by the threat, cooly sat hiniself down and swore he would not go uojtil bis testimoniáis had beeii heard ; and so ho locked the door, put the key in his pocket, and handed in his paper. "Said the advertiser, "you'll do, I can pee! I don't want any tentiuionials; your style is enough for me. No one will ever succeed as an advertftement canvasser who will bo influenced by a threat to be kioked out of an office. You evidently understand your business. -