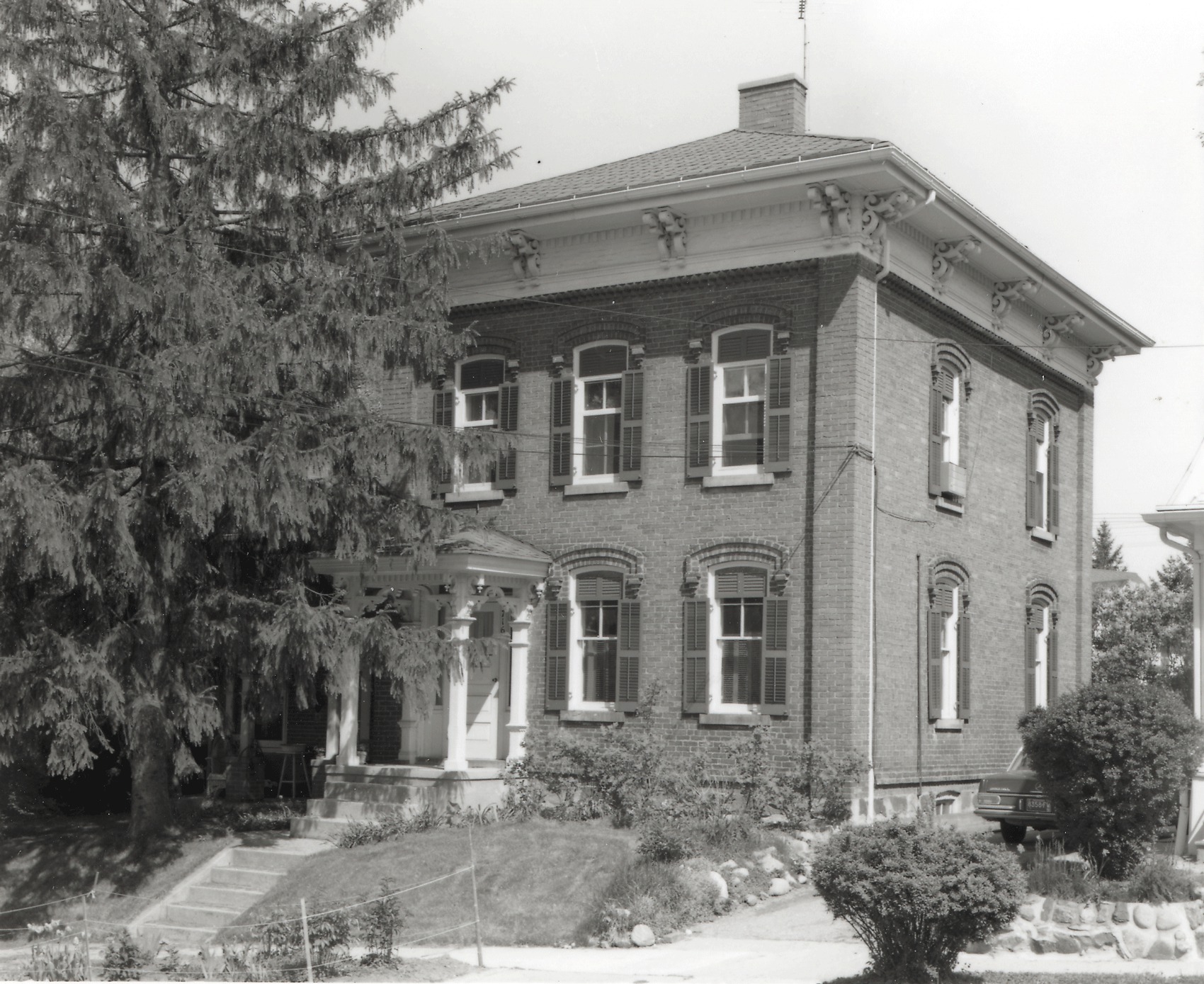 This exceptionally handsome and symmetrical Italianate house, with its bracketed eaves, segmental arched windows and brick detailing, was built for John Adam Volz in 1873. The intricate carving of the wood entry porch is still in fine condition. A summer kitchen to the rear was converted to a dining room and a new kitchen added in two stages in 1880 and 1890.

Volz had been the proprietor of the Ann Arbor Central Brewery next door at the corner of Fifth and Summit, since its opening in 1858. Water for the brewing operation was obtained from a spring behind the house. Volz sold the brewery the same year he built the house and two years later he sold the house as well to Jacob F. Beck, one of the new owners of the brewery. John Volz' daughter, Amelia, married John Jacob Muehlig. The second of their five children was Ann Arbor dry goods merchant and philanthropist, Bertha Muehlig, born in 1874.

In 1885, another young German emigrant, Frederick Walther, a miller by trade, purchased the house. His family and its descendants occupied it for more than eighty years. The Walther family took cuttings from a garden of lilac varietals in the Nichols Arboretum. The arboretum lilac garden is gone but the large old lilac shrubs which shelter the garden of this house grew from those cuttings.