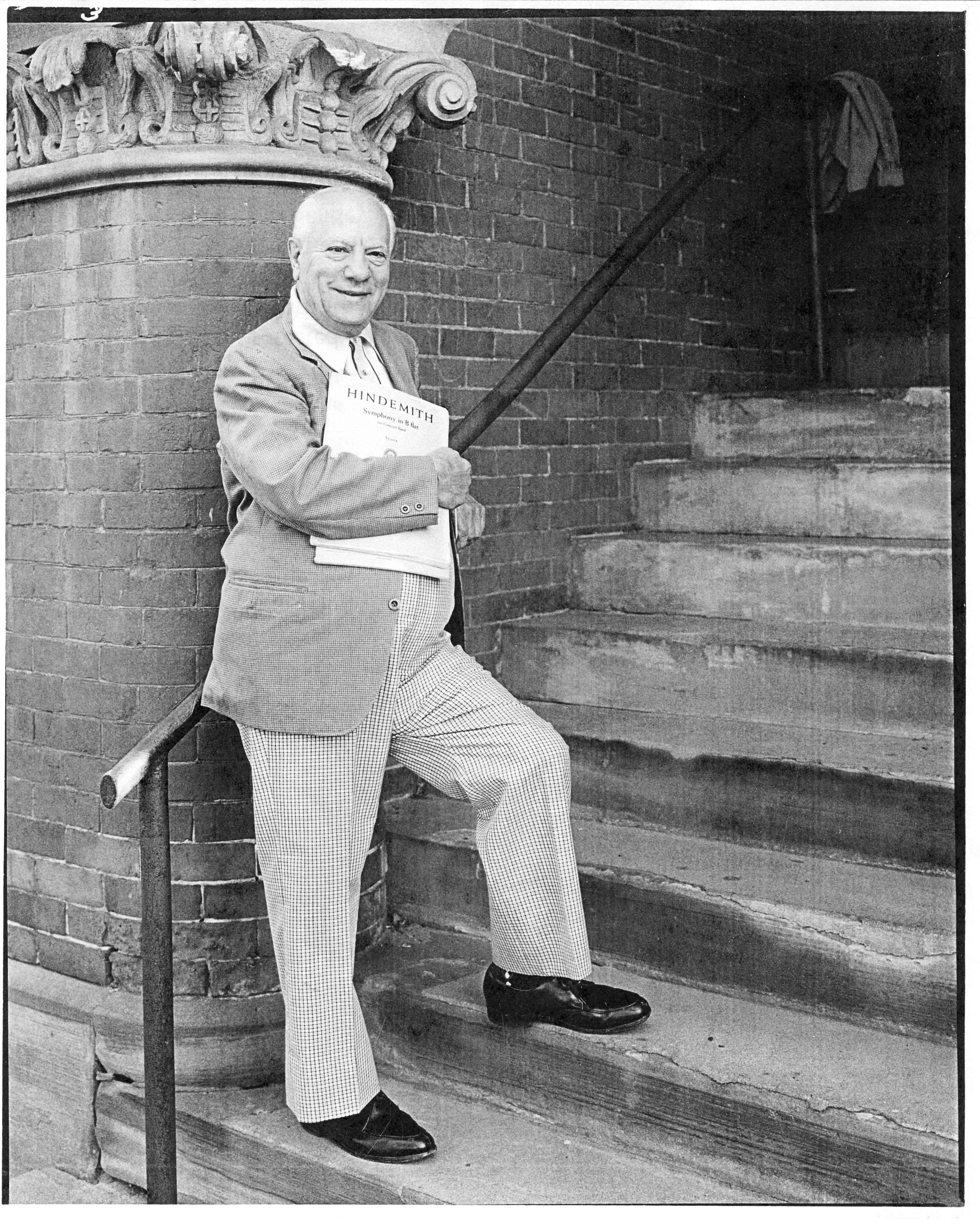 Conductor William Revelli on the steps of Harris Hall.

The UM Band and Wind Instrument Department occupied Harris Hall from 1946 until 1974, when Revelli Hall, a new band building on Hoover Street, was completed. Sold to the Word of God community and later rehabilitated for commercial use, Harris Hall underwent major restoration work after its acquisition in 2003 by Dahlmann Properties.