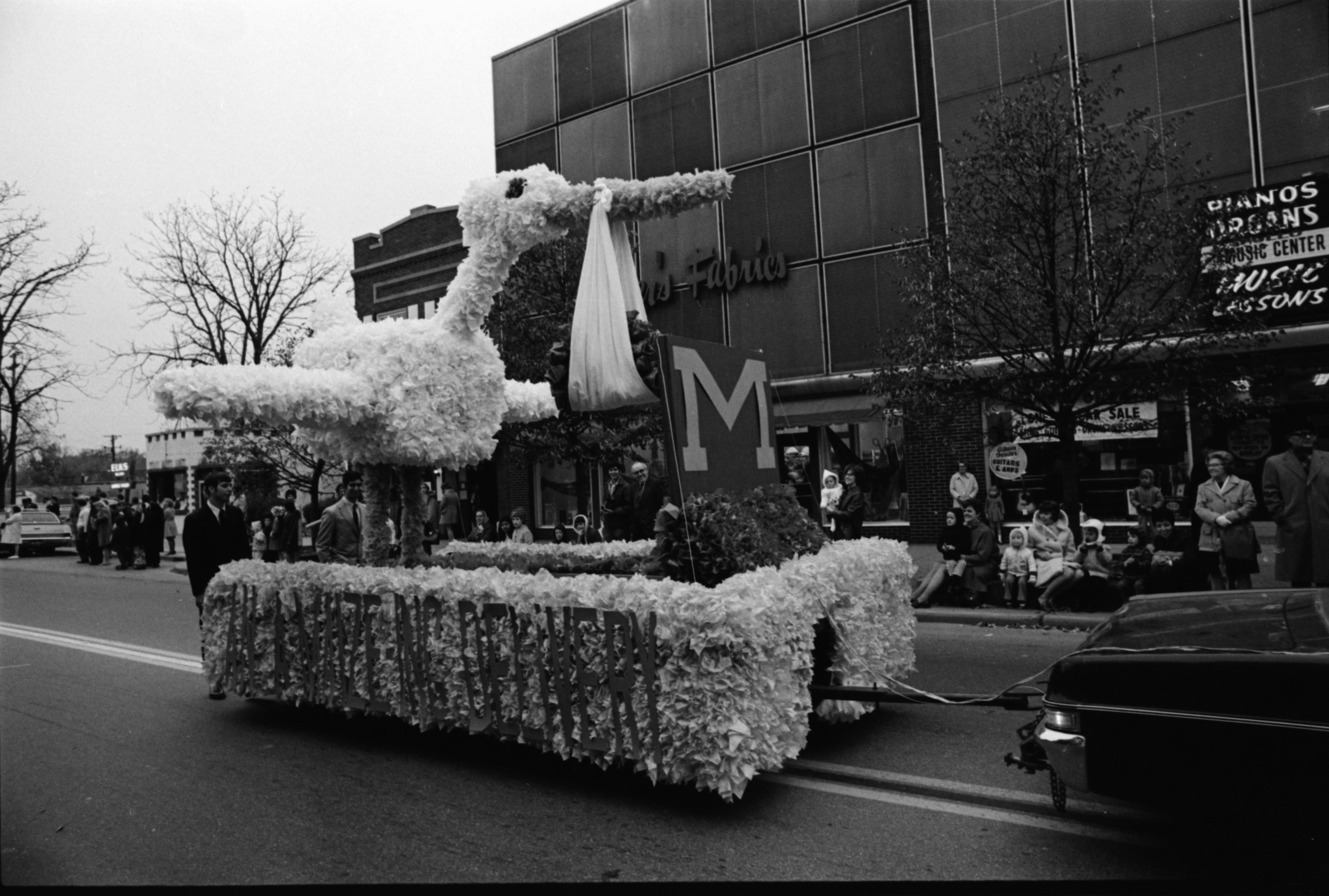 Published In
Ann Arbor News, November 1, 1969
Caption
Tops Dormitory Competition. This rose-bearing stork, built by Gomberg House of South Quadrangle and Stockwell Hall, was first place winner among Homecoming floats sponsored by U-M dormitory residents. First place winner in the fraternity-sorority category was won by Sigma Alpha Mu and Sigma Delta Tau for a colorful float labeled "An They Shall Beat Their Swords Into Plowshares," with a figure of a man doing that in a garden of flowers. Second and third place winners in the residence hall category were Fletcher Hall and Bush House of South Quadrangle for "Daised by Maise," and Mosher Jordan Hall for "Motion?!" Second and third place winners in the fraternity-sorority category were Lambda Chi Alpha and Delta Phi Epsilon for "What Will America Reap?" which had an anti-war theme; and Sigma Phi Epsilon and Collegiate Sorosis, for "Motions in Maize and the Blue Meanies in Their Mellow Yellow Touchdown Machine." Several high school bands were in the parade.
Month
October
Year
1969
Rights Held By
Donated by the Ann Arbor News. © The Ann Arbor News.
Copyright
Copyright Protected