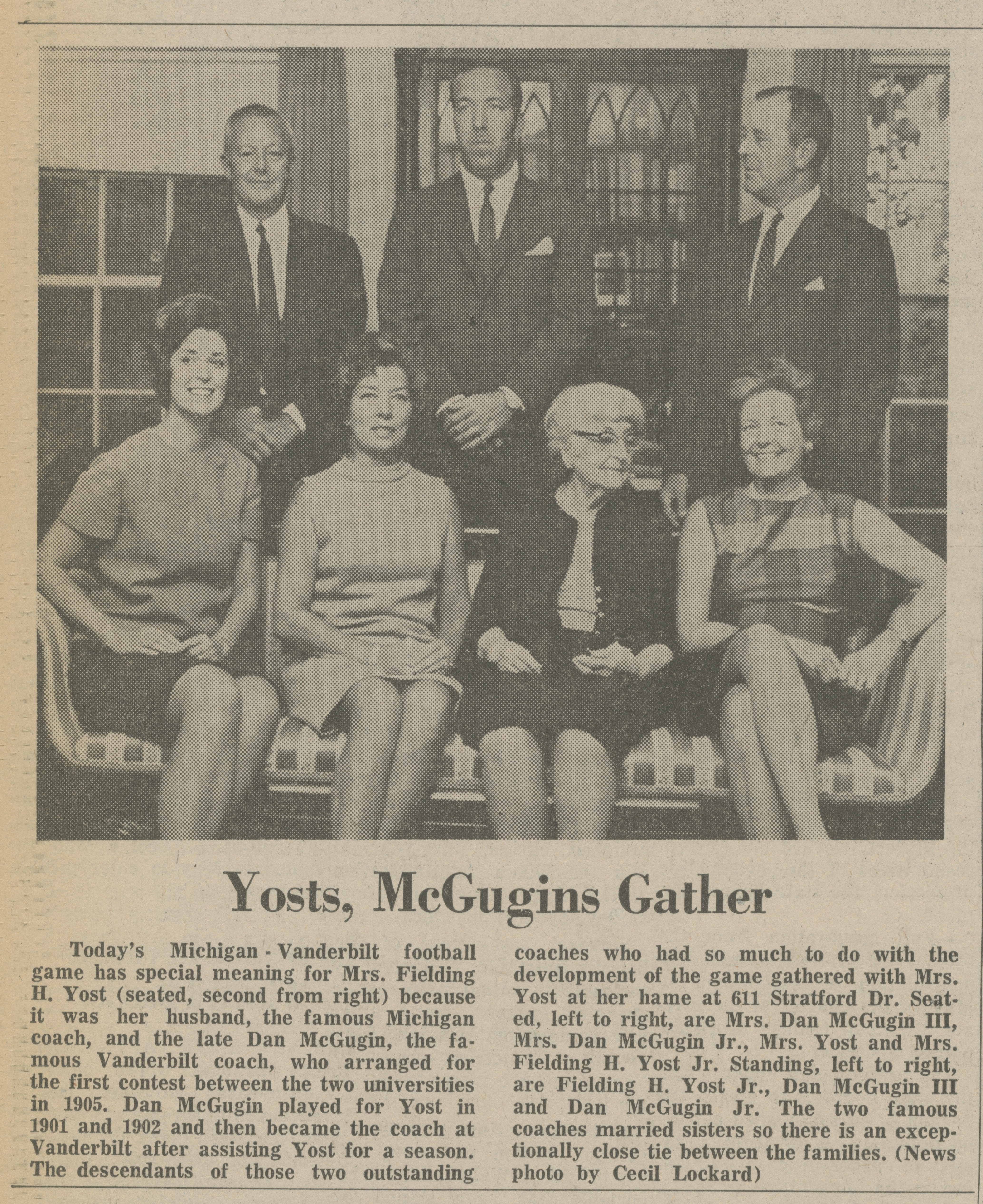 Today's Michigan - Vanderbilt football game has special meaning for Mrs. Fielding H. Yost (seated, second from right) because it was her husband, the famous Michigan coach, and the late Dan McGugin, the famous Vanderbilt coach, who arranged for the first contest between the two universities in 1905. Dan McGugin played for Yost in 1901 and 1902 and then became the coach at Vanderbilt after assisting Yost for a season. The descendants of those two outstanding coaches who had so much to do with the development of the game gathered with Mrs. Yost at her home at 611 Stratford Dr. Seated, left to right, are Mrs. Dan McGugin III, Mrs. Dan McGugin Jr., Mrs. Yost and Mrs. Fielding H. Yost Jr. Standing, left to right, are Fielding H. Yost Jr., Dan McGugin III and Dan McGugin Jr. The two famous coaches married sisters so there is an exceptionally close tie between the families. (News photo by Cecil Lockard)