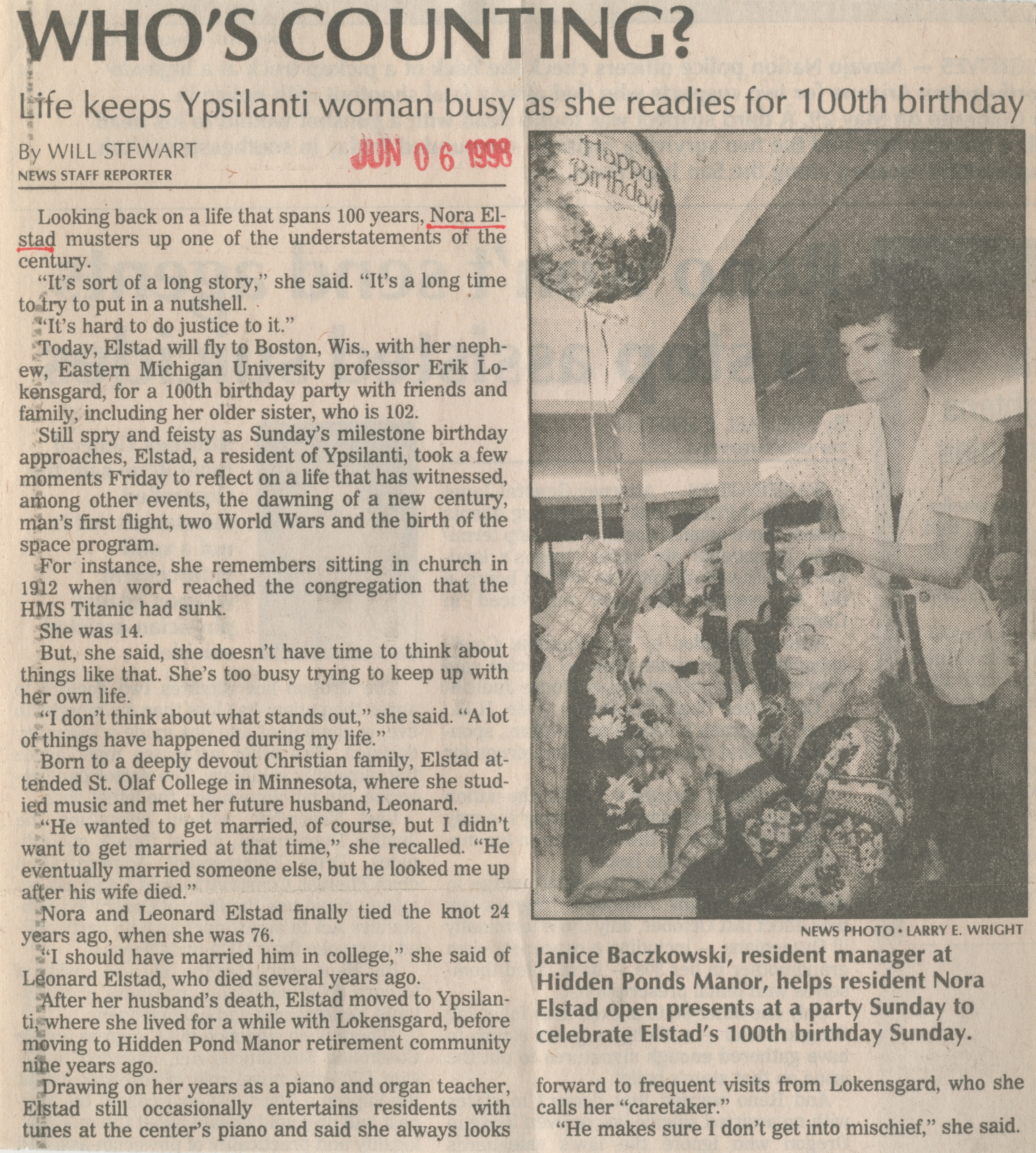 Looking back on a life that spans 100 years, Nora Elstad musters up one of the understatements of the century.

Today, Elstad will fly to Boston, Wis., with her nephew, Eastern Michigan University professor Erik Lokensgard, for a 100th birthday party with friends and family, including her older sister, who is 102.

Still spry and feisty as Sunday’s milestone birthday approaches, Elstad, a resident of Ypsilanti, took a few moments Friday to reflect on a life that has witnessed, among other events, the dawning of a new century, man’s first flight, two World Wars and the birth of the space program.

For instance, she remembers sitting in church in 1912 when word reached the congregation that the HMS Titanic had sunk.

But, she said, she doesn’t have time to think about things like that. She’s too busy trying to keep up with her own life.

“I don’t think about what stands out,” she said. “A lot of things have happened during my life.”

“He wanted to get married, of course, but I didn’t want to get married at that time,” she recalled. “He eventually married someone else, but he looked me up after his wife died.”

Nora and Leonard Elstad finally tied the knot 24 years ago, when she was 76.

"I should have married him in college,” she said of Leonard Elstad, who died several years ago.

After her husband’s death, Elstad moved to Ypsilanti where she lived for a while with Lokensgard, before moving to Hidden Pond Manor retirement community nine years ago.

Drawing on her years as a piano and organ teacher, Elstad still occasionally entertains residents with tunes at the center’s piano and said she always looks forward to frequent visits from Lokensgard, who she calls her “caretaker.”

“He makes sure I don’t get into mischief,” she said.

as she readies for 100th birthday