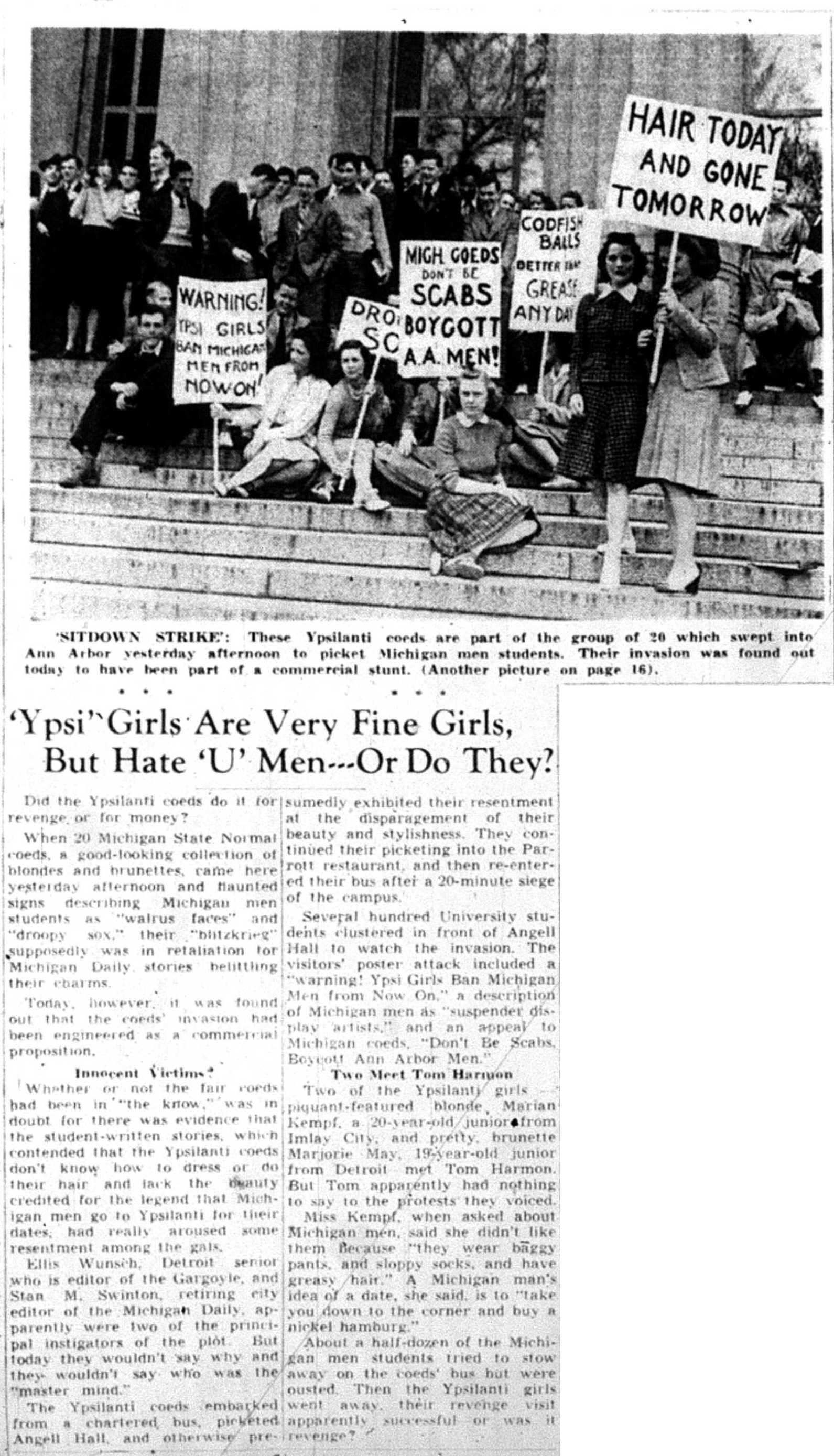 'SITDOWN STRIKE’: These Ypsilanti coeds are part of the group of 26 which swept into Ann Arbor yesterday afternoon to picket Michigan men students. Their invasion was found out today to have been part of a commercial stunt. (Another picture on page 16).

'Ypsi' Girls Are Very Fine Girls, But Hate ‘U’ Men—Or Do They?

Did the Ypsilanti coeds do it for revenge or for money?

Today, however, it was found out that the coeds' invasion had been engineered as a commercial proposition.

Whether or not the fair coeds had been in “the know" was in doubt for there was evidence that the student-written stores, which contended that the Ypsiianti coeds don’t know how to drew or do their hair and lack the beauty credited for the legend that Michigan men go to Ypsilanti for their dates, hud really aroused some resentment among the gals.

Ellis Wunsch, Detroit senoir who is editor of the Gargoyle, and Stan M. Swinton, retiring city editor of the Michigan Daily, apparently were two of the principal instigators of the plot. But today they wouldn't say why and they wouldn’t say who was the "master mind."

The Ypsilanti coeds embarked from a chartered bus, picketed Angell Hall, and otherwise presumedly exhibited then resentment at the disparagement of their beauty and stylishness They continued their picketing into the Parrott restaurant and then re-entered their bus after a 20-minute siege of the campus.

Miss Kempf, when asked about Michigan men, said she didn’t like them because "they wear baggy pants, and sloppy socks, and have greasy hair." A Michigan man’s idea of a date, she said, is to "take you down to the corner and buy a nickel hamburg."

About a half-dozen of the Michigan men students tried to stow away on the coeds’ bus but were ousted. Then the Ypsilanli girls went away, their revenge visit apparently successful or was it revenge?"