Lt. Thomas Minick after arresting 35 people for digging "craters" on the Diag, June 1972 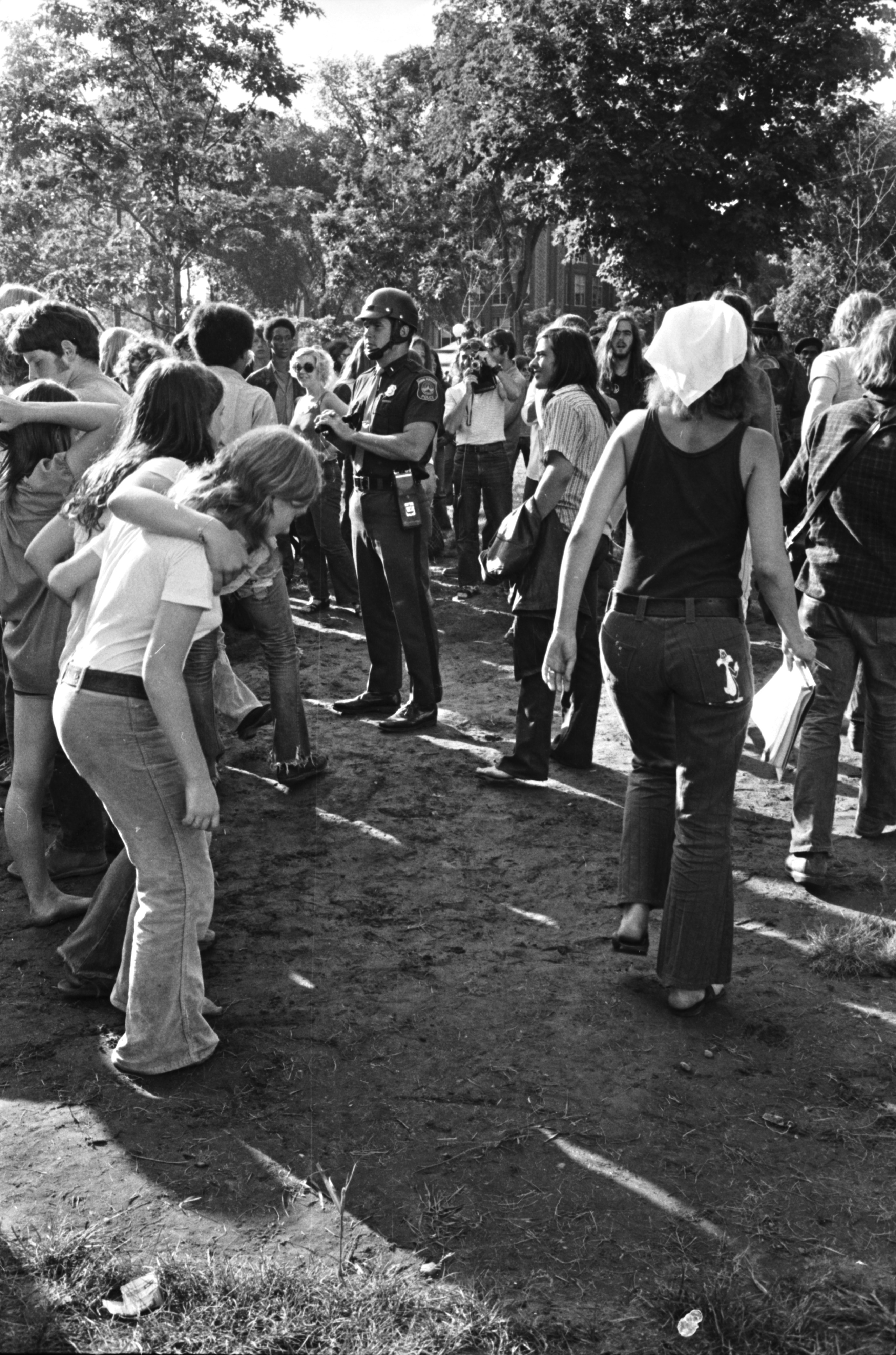 Published In
Ann Arbor News, June 18, 1972
Caption
A Cop In The Crowd Standing alone in the midst of a crowd which still seemed to be entertaining thoughts of resuming the digging of a "crater" at the Diag on the University Main Campus to protest the war in Vietnam was Lt. Thomas Minick. The city police officer had led a platoon of 25 men late Saturday afternoon into a crowd to stop people from digging a "crater." After a number of arrests were made Minick remained behind to make sure no one else took up the task. He left the immediate area a short time later. (News Photo by Jack Stubbs)
Day
17
Month
June
Year
1972
Rights Held By
Donated by the Ann Arbor News. © The Ann Arbor News.
Copyright
Copyright Protected