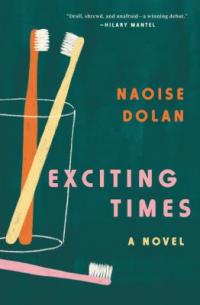 Another one of Harper's Bazaar’s 14 LGBTQ+ Books to Look For This Year and already optioned for TV series, Exciting Times : A Novel * by Naoise Dolan (also in downloadable eBook and audiobook) is “(d)roll, shrewd and unafraid - a winning debut.” ~ Hilary Mantel

Trinity College (Dublin) grad Ava moves to Hong Kong, teaching English to wealthy kids. To avoid petulant roommates in a cramped apartment, she moves in with Julian, a British banker. When Julian’s job takes him back to London temporarily, Ava stays, and finds herself increasing taken with Edith, a cambridge-educated unambiguilous-gay Hong Kong lawyer, from a conservative Chinese family. While they are able to keep their affair secret, Julian’s return will likely force Ava to make a decision.

“Already drawing comparisons to Sally Rooney’s work, Exciting Times,”...has many of the familiar tropes of the “millennial novel” covered: Jealousy and obsession, love and late capitalism, sex and the internet all come whirling together in a wry and bracing tale of class and privilege.” (New York Times Book Review) 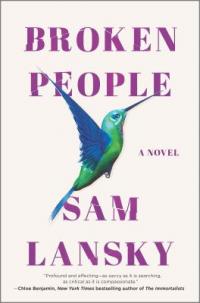 Narrator (also named) Sam, a recent LA transplant, leaves behind a life littered with failed relationships and failed dreams. But the challenges of sobriety and the bone-deep hurt of failed relationships have left him broken. At a dinner party, he learns of a shaman in Portland, Ore. that "could fix everything wrong with you in three days". After some contrary resistance, and with the blessing of his AA sponsor, Sam agreed to try it.

“Set within the vividly realized framework of addiction recovery and gay life in America, this remains the story of one man's deep personal struggles while at the same time speaking to and for all the broken people in this world.”  Readers might also want to check out Entertainment Weekly’s interview with Sam Lansky. 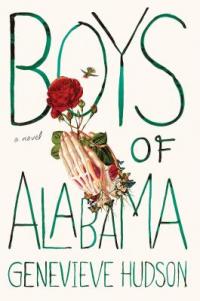 Boys of Alabama : A Novel, (also in downloadable eBook and audiobook) a haunting debut from Lambda Award finalist Genevieve Hudson ,is a bewitching tale of young love.

16-year-old Max, a German immigrant thrives in his new home in America - he makes the football team, goes to church for the first time, and even makes friends. When Max meets Pan in Chemistry class, they embark on a quixotic, strange, and consuming relationship, and share secrets.

Max tells Pan about his witchy powers, Pan tells Max about the snake poison initiations of a local church. But the boys aren't sure whose secrets are darker, or what is more frightening - their true selves, or staying true in an intolerant Alabama. 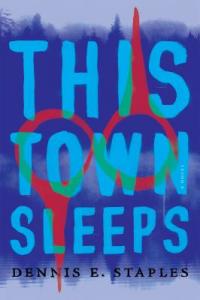 This Town Sleeps : A Novel (also in downloadable eBook and audiobook) by Dennis E. Staples.

Then Marion unknowingly brings to life the spirit of a dog from the elementary school playground that leads him to the grave of Kayden Kelliher, a young Ojibwe basketball star who was murdered. While investigating the fallen hero's death, Marion discovers family connections and an old Ojibwe legend that may be the secret to unraveling the mystery he has found himself in. 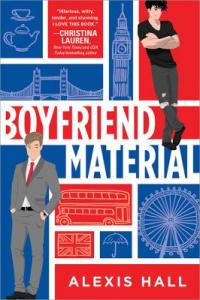 Boyfriend Material, (also in downloadable eBook and audiobook), first Rom-Com by Alexis Hall, is sure to please fans of Red, White & Royal Blue.

With his rock star Dad making a comeback, Luc O'Donnell fears he is back in the public eye. To clean up his image, Luc has to find a nice, normal relationship, and Oliver Blackwood is definitely the perfect boyfriend material - a barrister, an ethical vegetarian, and he's never inspired a moment of scandal in his life. Unfortunately apart from being gay & single, Luc and Oliver have nothing in common, so they strike a deal!!  But the thing about fake-dating is that it can feel a lot like real-dating.