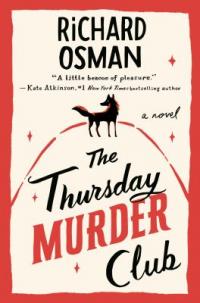 The Thursday Murder Club members - septuagenarians Elizabeth, Joyce, Ibrahim, and Ron, residents of Cooper’s Chase, a luxury retirement center in Kent, meet weekly in the Jigsaw Room to discuss cold case files of retired Detective Superintendent Penny, a former member who is now in a coma.  When the shady builder Tony Curran is bludgeoned to death in his home after a witnessed argument with owner Ian Ventham, the Club members jump in to investigate, sweeping along a newly-transplanted police constable Donna De Freitas who dreams of pursuing serial killers. Things become decidedly complicated when their chief suspect Ventham is murder in plain sight, and a skeleton is discovered on top of an old grave.

“What follows is a fascinating primer in detection as British TV personality Osman allows the members to use their diverse skills to solve a series of interconnected crimes. A top-class cozy infused with dry wit and charming characters who draw you in and leave you wanting more, please.” (Kirkus Reviews) 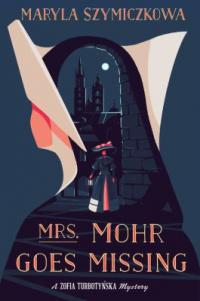 Mrs. Mohr Goes Missing *  by Maryla Szymiczkow, (a pseudonym for Warsaw-based Jacek Dehnel, and Piotr Tarczyński) is first in the The Zofia Turbotyńska Mysteries series.

Cracow (Kraków in English), 1893. 38 year-old Zofia Turbotyńsk, a busy socialite, wife to a university professor, is itching for more, finding household management, novel reading, and charity work insufficient outlets for her prodigious energy.  She frequents Helcel House, a retirement home for single women, run by the nuns. On a visit, Zofia gets involved in the search for Mrs. Mohr, a judge's widow who has been missing for 2 days. Under Zofia’s directive, they find the missing woman dead in an attic room. Though the police rules it death by natural causes (Mrs. Mohr is old and fragile), Zofia fears otherwise, and begins covertly to question the staff and residents. When another woman is found murder in her her own bed, Zofia is sure the two are connected, and foul play is afoot.

WIthout missing a beat, between attending theater galas, hosting dinners, and advancing her husband’s standing at the university, Zofia investigates, often at odds with the authorities.

"The preface offers helpful context on place and period, while the translation showcases the novel's deliciously ironic voice. Fans who like colorful locales and tongue-in-cheek mysteries will eagerly await Zofia's next outing.” (Publishers Weekly) 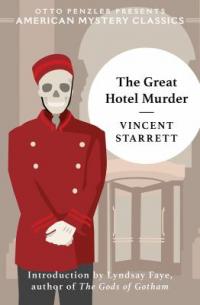 Reissued for the first time in over eighty years, The Great Hotel Murder by Vincent Starrett (1886--1974) with a delightful introduction from Lyndsay Faye, was first published in 1934 as Recipe for Murder, and adapted into a film in 1935.  This twisty whodunit stars an eccentric amateur sleuth and theatre critic Riley Blackwood.

When Dr. Trample, an old family friend failed to show for their breakfast meeting and could not be reached, Miss Blaine Oliver alerted the manager of Chicago's Hotel Granada. In Trample’s room, they found the body of Jordan Chambers from an apparent morphine overdose.  A New York Banker who registered under a different name, somehow managed to convince Trample, a total stranger to trade rooms over drinks at the bar.  The Granada's owner brings in his friend Blackwood to investigate. But when another detective working the case is thrown from a yacht deck during a party, the investigation makes a splash among Chicago society. And then several of the possible suspects skip town, leaving Blackwood struggling to determine their guilt or innocence—and their whereabouts.

This devilishly complex whodunnit with a classical aristocratic setting, is sure to please Golden Age mystery fans.