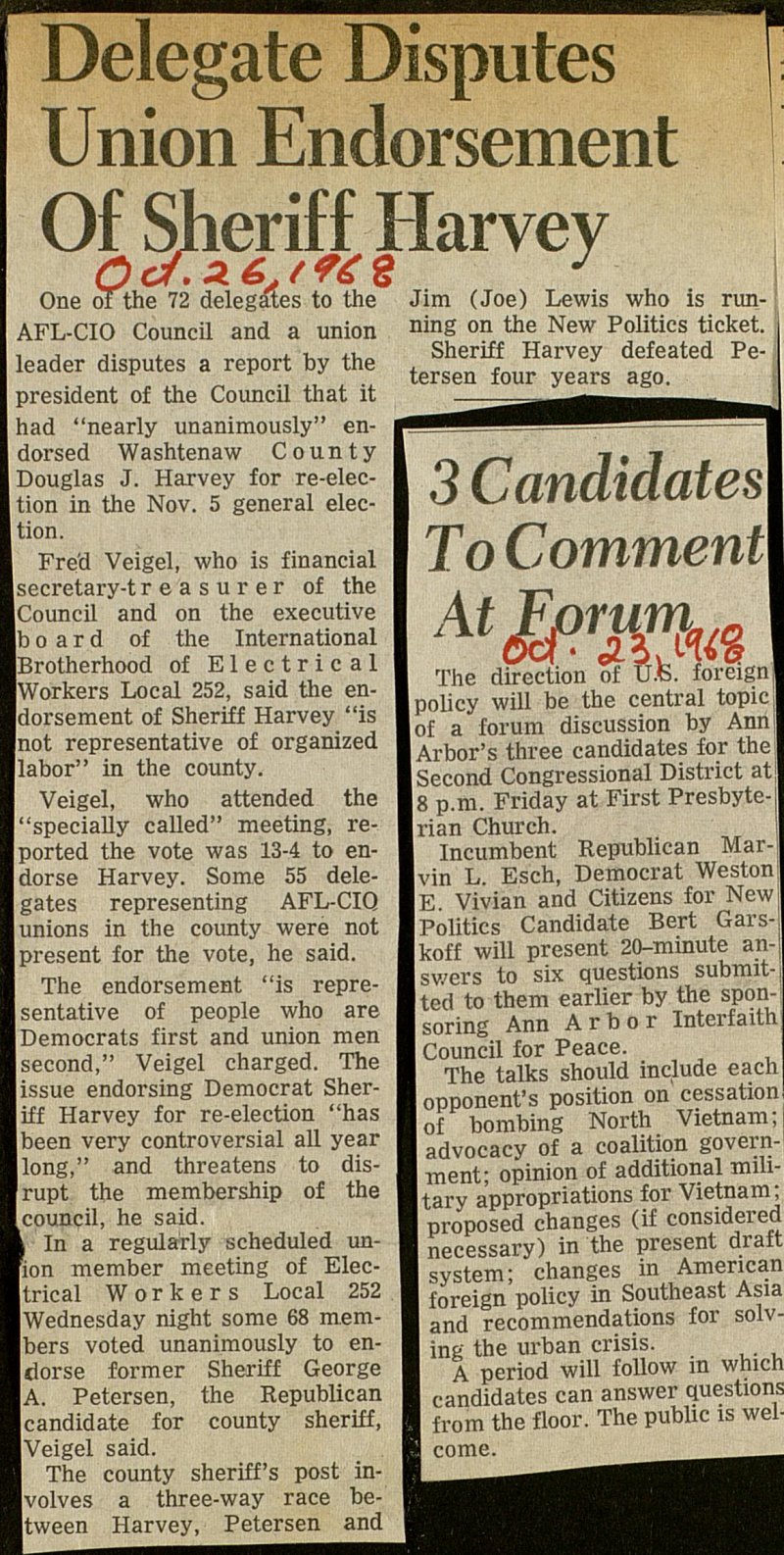 One oFthe 72 delégales to the AFL-CIO Council and a unión leader disputes a report by the president of the Council that it had "nearly unanimously" i dorsed Washtenaw C o u n t y Douglas J. Harvey for re-election in the Nov. 5 general election. Fre'd Veigel, who is financial secretary-tr e a s u r er of the Council and on the executive board of the International Brotherhood of Electrical Workers Local 252, said the endorsement of Sheriff Harvey "is not representative of organized labor" in the county. Veigel, who attended the "specially called" meeting, reported the vote was 13-4 to endorse Harvey. Some 55 delegates representing AFL-CIQ unions in the county were not present for the vote, he said. The endorsement "is representative of people who are Democrats first and union men second," Veigel charged. The issue endorsing Democrat Sheriff Harvey for re-election "has been very controversial all year long," and threatens to disrupt the membership of the council, he said. k In a regularly scheduled unfion member meeting of Electrical Work er s Local 252 Wednesday night some 68 members voted unanimously to endorse former Sheriff George A. Petersen, the Republican kandidate for county sheriff, Veigel said. The county sheriff's post involves a three-way race between Harvey, Petersen and Jim (Joe) Lewis who is running on the New Politics ticket. Sheriff Harvey defeated Petersen four years ago. - -