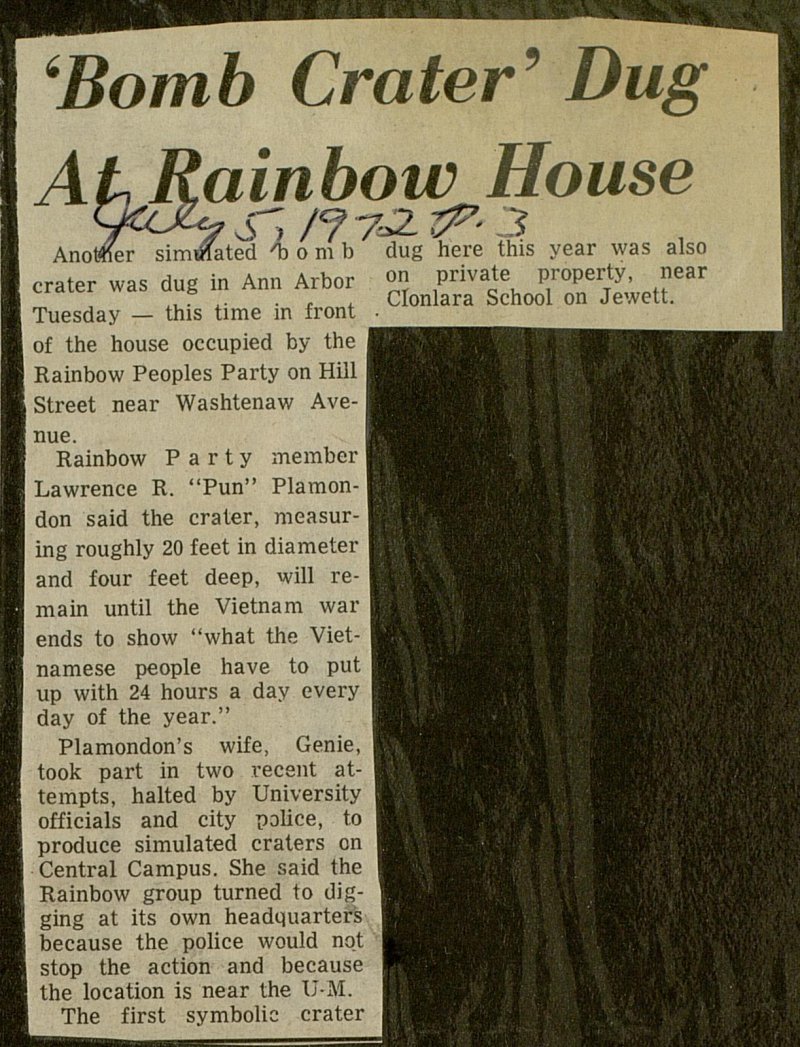 J! a 'ti, ' Anowíer simtflated 'b o m o cráter was dug in Ann Arbor Tuesday - this time in front ■ I of the house occupied by the I Rainbow Peoples Party on Hill I Street near Washtenaw 1 [nue. Rainbow Party member ■ Lawrence R. "Pun" 1 don said the cráter, 1 ing roughly 20 feet in diameter I and four feet deep, will I main until the Vietnam war I ends to show "what the I namese people have to put I up with 24 hours a day every I day of the year." Plamondon's wife, Genie, I took part in two recent I tempts, halted by University I officials and city pólice, to I I produce simulated craters on I Central Campus. She said the I Rainbow group turned to digging at its own headquarters because the pólice would not I stop the action and because I the location is near the U-M. The first symbolic cráter dug here this year was also on private property, near Clonlara School on Jewett.