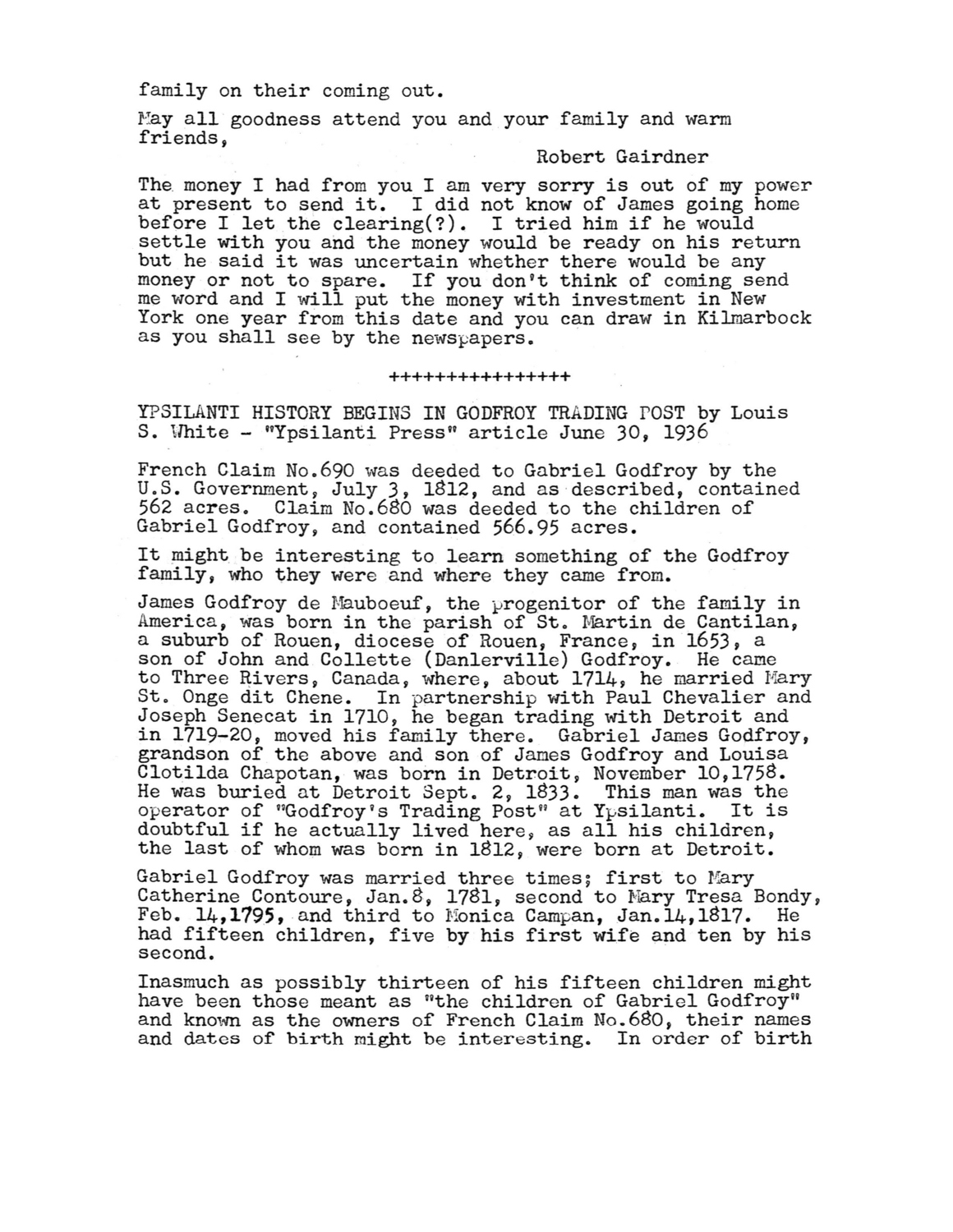 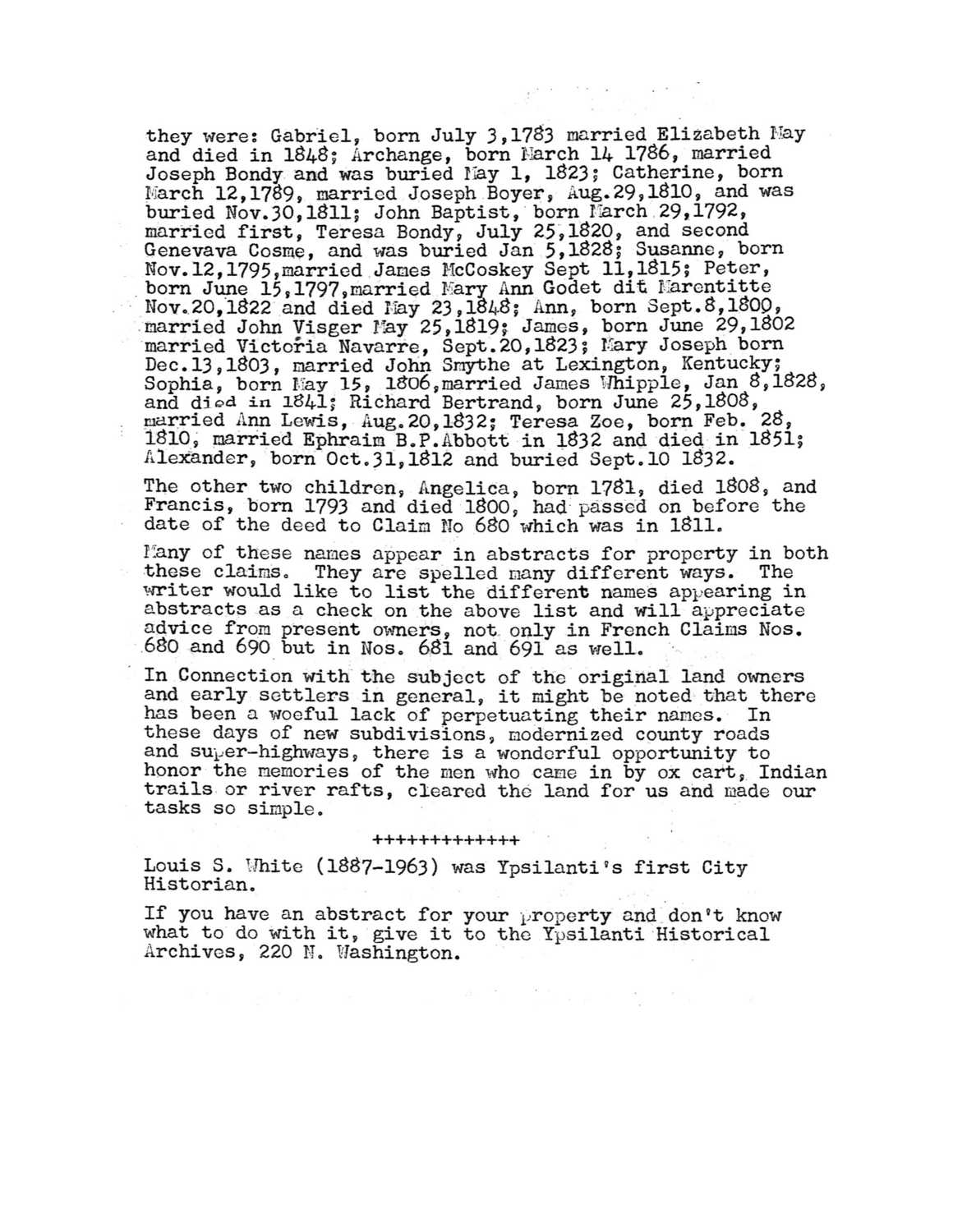 It might be interesting to learn something of the Godfroy family, who they were and where they came from.

James Godfroy de Mauboeuf, the progenitor of the family in America, was born in the parish of St. Martin de Cantilan, a suburb of Rouen, diocese of Rouen, France, in 1653, a son of John and Collette (Danlerville) Godfroy. He came to Three Rivers, Canada, where, about 1714, he married Mary St. Onge dit Chene. In partnership with Paul Chevalier and Joseph Senecat in 1710, he began trading with Detroit and in 1719–20, moved his family there. Gabriel James Godfroy, grandson of the above and son of James Godfroy and Louisa Clotilda Chapotan, was born in Detroit, November 10, 1758. He was buried at Detroit Sept. 2, 1833. This man was the operator of “Godfroy's Trading Post” at Ypsilanti. It is doubtful if he actually lived here, as all his children, the last of whom was born in 1812, were born at Detroit.

Many of these names appear in abstracts for property in both these claims. They are spelled many different ways. The writer would like to list the different names appearing in abstracts as a check on the above list and will appreciate advice from present owners, not only in French Claims Nos. 680 and 690 but in Nos. 681 and 691 as well.

In Connection with the subject of the original land owners and early settlers in general, it might be noted that there has been a woeful lack of perpetuating their names. In these days of new subdivisions, modernized county roads and super-highways, there is a wonderful opportunity to honor the memories of the men who came in by ox cart, Indian trails or river rafts, cleared the land for us and made our tasks so simple.

If you have an abstract for your property and don't know what to do with it, give it to the Ypsilanti Historical Archives, 220 N. Washington.