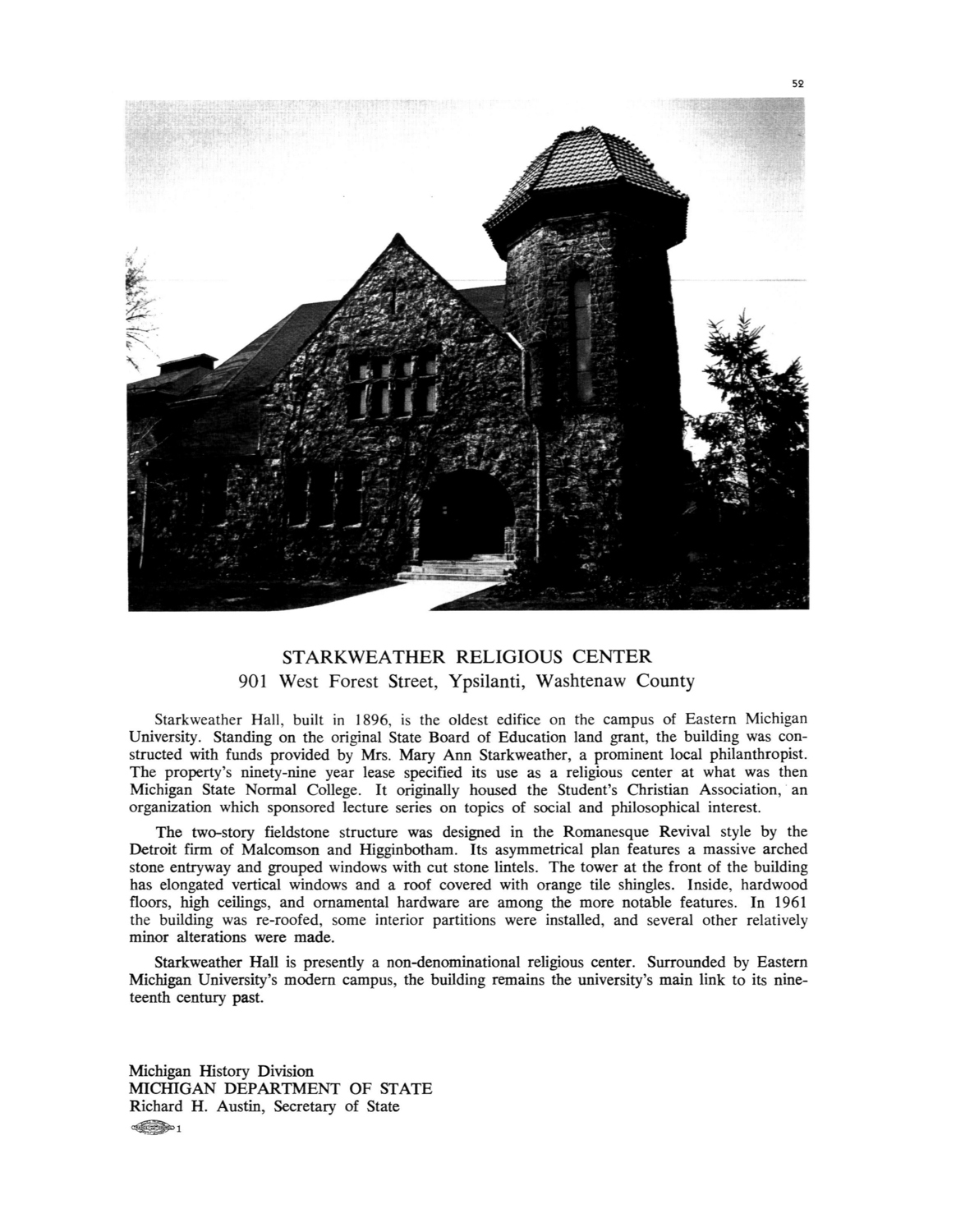 Starkweather Hall, built in 1896, is the oldest edifice on the campus of Eastern Michigan University. Standing on the original State Board of Education land grant, the building was con-structed with funds provided by Mrs. Mary Ann Starkweather, a prominent local philanthropist. The property's ninety-nine year lease specified its use as a religious center at what was then Michigan State Normal College. It originally housed the Student's Christian Association, an organization which sponsored lecture series on topics of social and philosophical interest.

The two-story fieldstone structure was designed in the Romanesque Revival style by the Detroit firm of Malcomson and Higginbotham. Its asymmetrical plan features a massive arched stone entryway and grouped windows with cut stone lintels. The tower at the front of the building has elongated vertical windows and a roof covered with orange tile shingles. Inside, hardwood floors, high ceilings, and ornamental hardware are among the more notable features. In 1961 the building was re-roofed, some interior partitions were installed, and several other relatively minor alterations were made.