New Books at the Archive 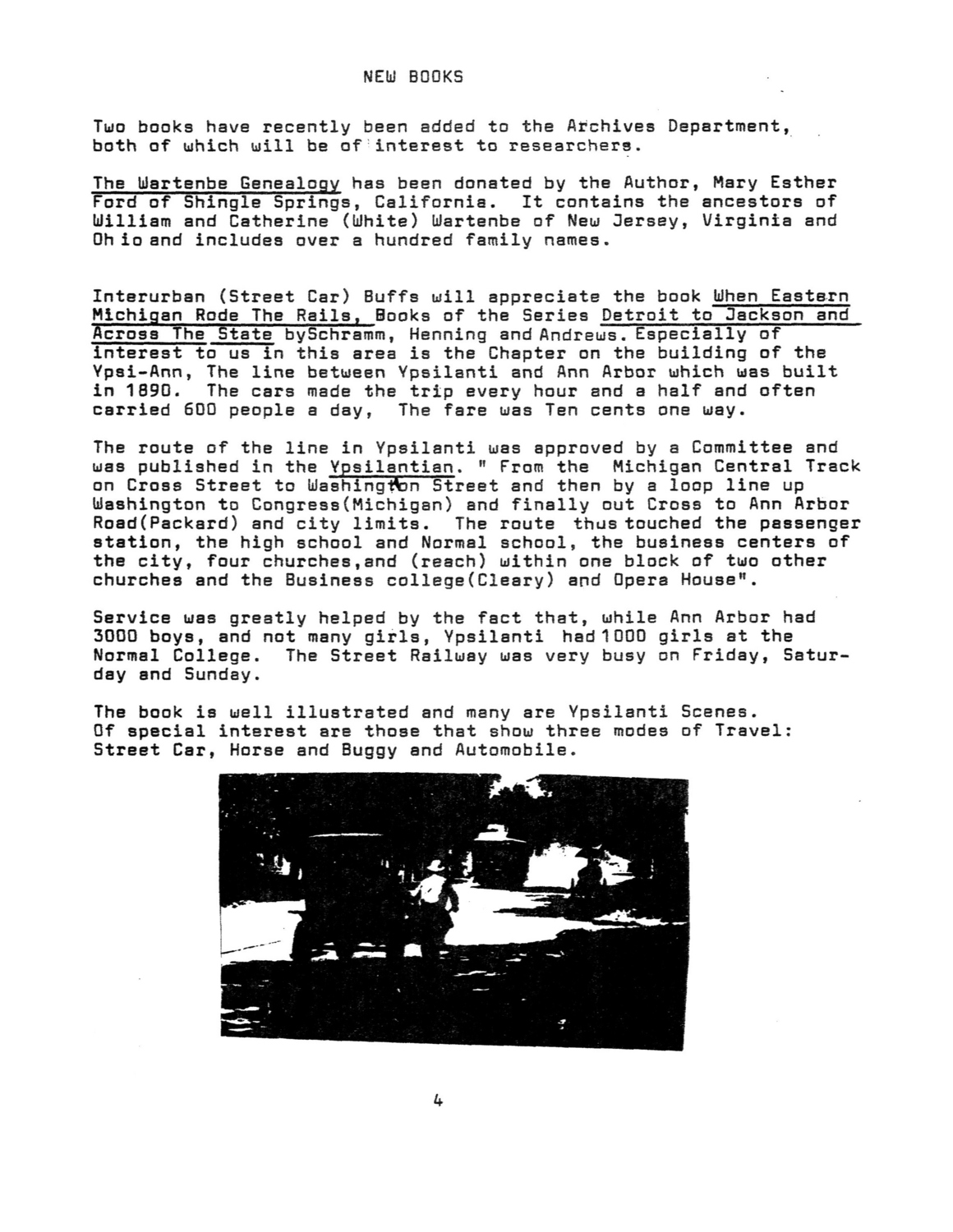 Two books have recently been added to the Archives Department, both of which will be of interest to researchers.

The Wartenbe Genealogy has been donated by the Author, Mary Esther Ford of Shingle Springs, California. It contains the ancestors of William and Catherine (White) Wartenbe of New Jersey, Virginia and Ohio and includes over a hundred family names.

Interurban (Street Car) Buffs will appreciate the book When Eastern

Michigan Rode The Rails, Books of the Series Detroit to Jackson and Across The State by Schramm, Henning and Andrews. Especially of interest to us in this area is the Chapter on the building of the Ypsi-Ann, The line between Ypsilanti and Ann Arbor which was built in 1890. The cars made the trip every hour and a half and often carried 600 people a day, The fare was Ten cents one way.

The route of the line in Ypsilanti was approved by a Committee and was published in the Ypsilantian. “From the Michigan Central Track on Cross Street to Washington Street and then by a loop line up Washington to Congress (Michigan) and finally out Cross to Ann Arbor Road (Packard) and city limits. The route thus touched the passenger station, the high school and Normal school, the business centers of the city, four churches, and (reach) within one block of two other churches and the Business college (Cleary) and Opera House”.

Service was greatly helped by the fact that, while Ann Arbor had 3000 boys, and not many girls, Ypsilanti had 1000 girls at the Normal College. The Street Railway was very busy on Friday, Satur-day and Sunday.

The book is well illustrated and many are Ypsilanti Scenes. Of special interest are those that show three modes of Travel: Street Car, Horse and Buggy and Automobile.