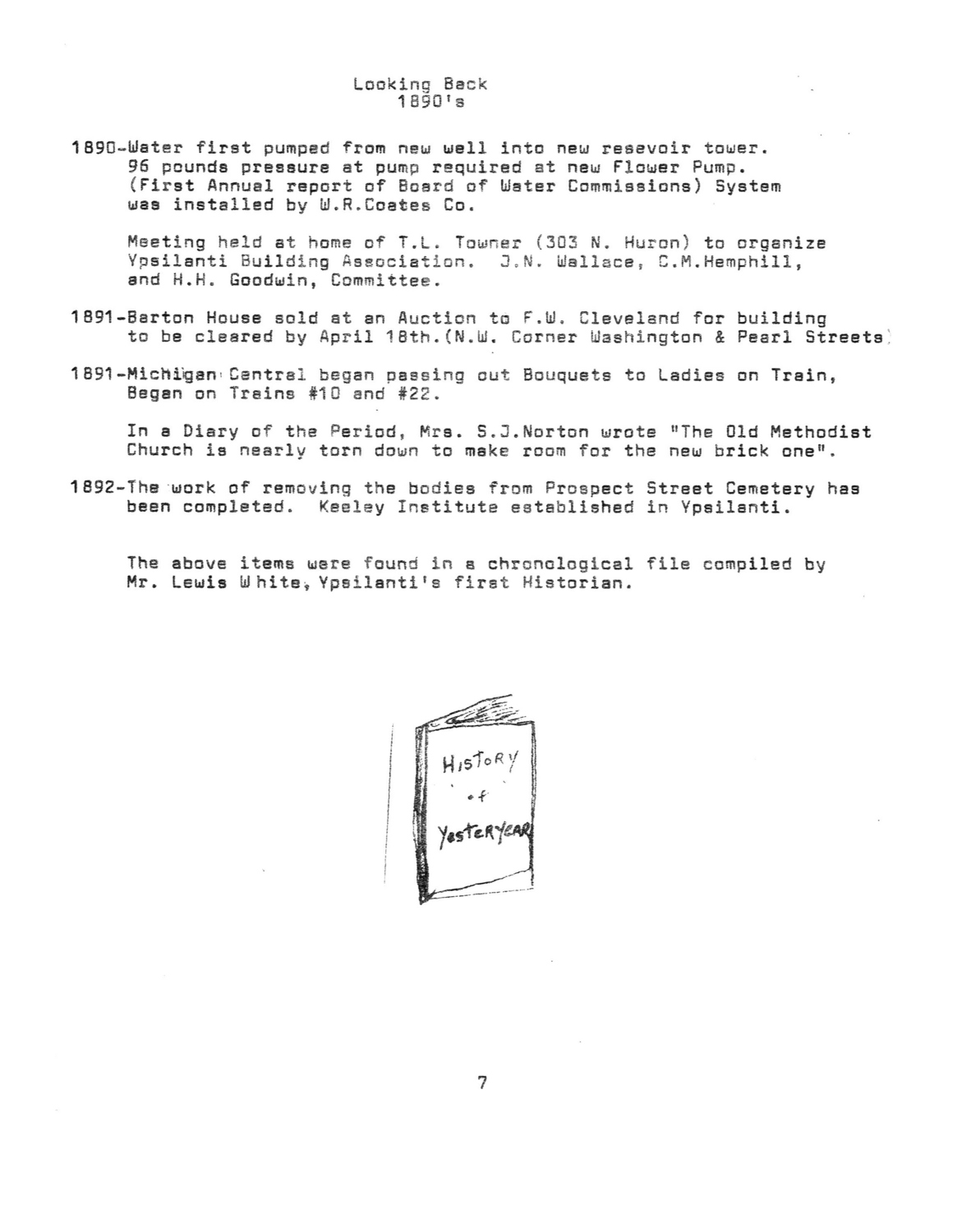 1891-Barton House sold at an Auction to F.W. Cleveland for building to be cleared by April 18th. (N.W. Corner Washington & Pearl Streets

1891-Michigan Central began passing out Bouquets to Ladies on Train, Began on Trains #10 and #22.

In a Diary of the Period, Mrs. S.J. Norton wrote “The Old Methodist Church is nearly torn down to make room for the new brick one”.

1892-The work of removing the bodies from Prospect Street Cemetery has been completed. Keeley Institute established in Ypsilanti.

The above items were found in a chronological file compiled by Mr. Lewis White, Ypsilanti's first Historian.