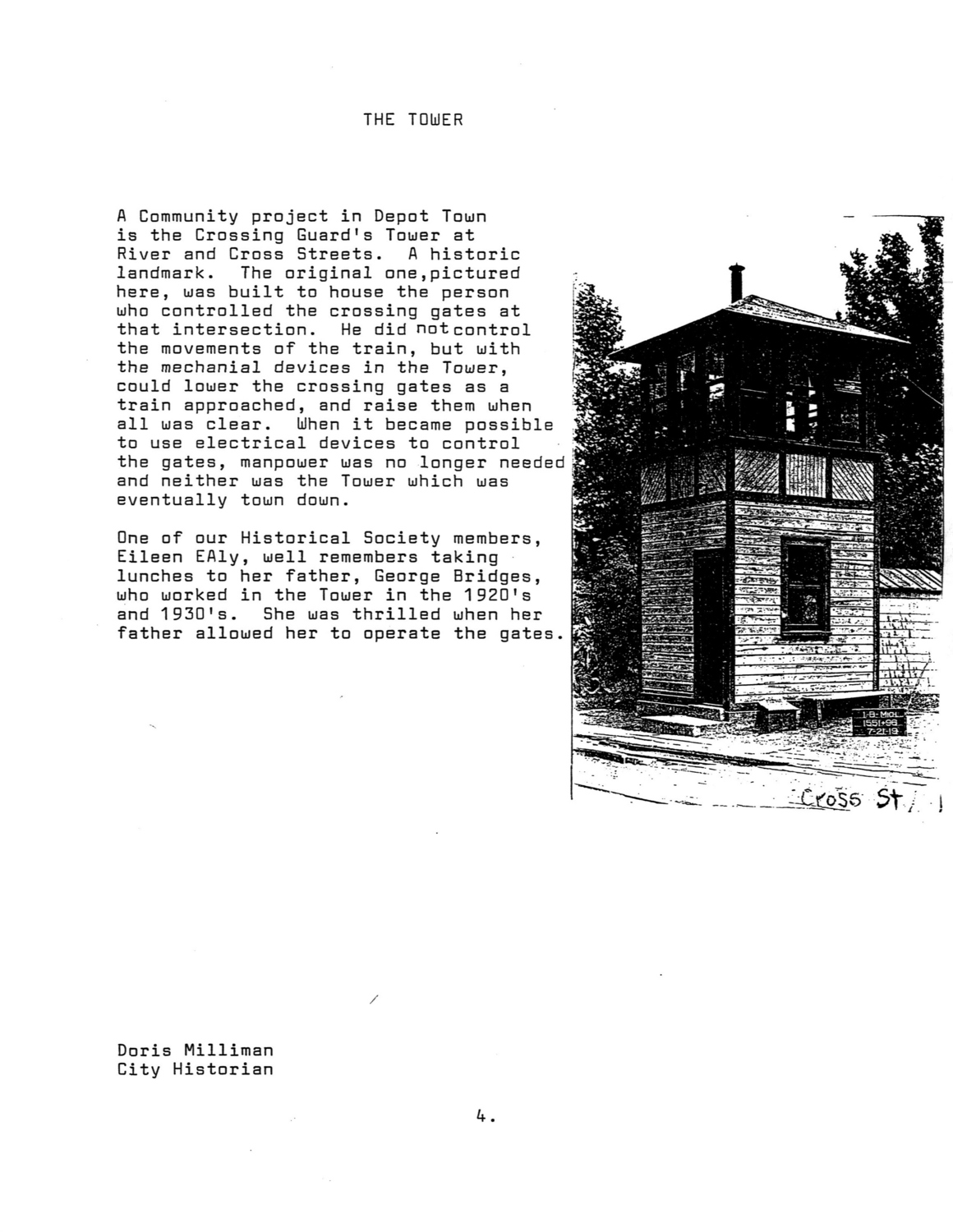 A Community project in Depot Town is the Crossing Guard's Tower at River and Cross Streets. A historic landmark. The original one, pictured here, was built to house the person who controlled the crossing gates at that intersection. He did not control the movements of the train, but with the mechanial devices in the Tower, could lower the crossing gates as a train approached, and raise them when all was clear. When it became possible to use electrical devices to control the gates, manpower was no longer needed and neither was the Tower which was eventually town down.

One of our Historical Society members, Eileen Ealy, well remembers taking lunches to her father, George Bridges, who worked in the Tower in the 1920's and 1930's. She was thrilled when her father allowed her to operate the gates.