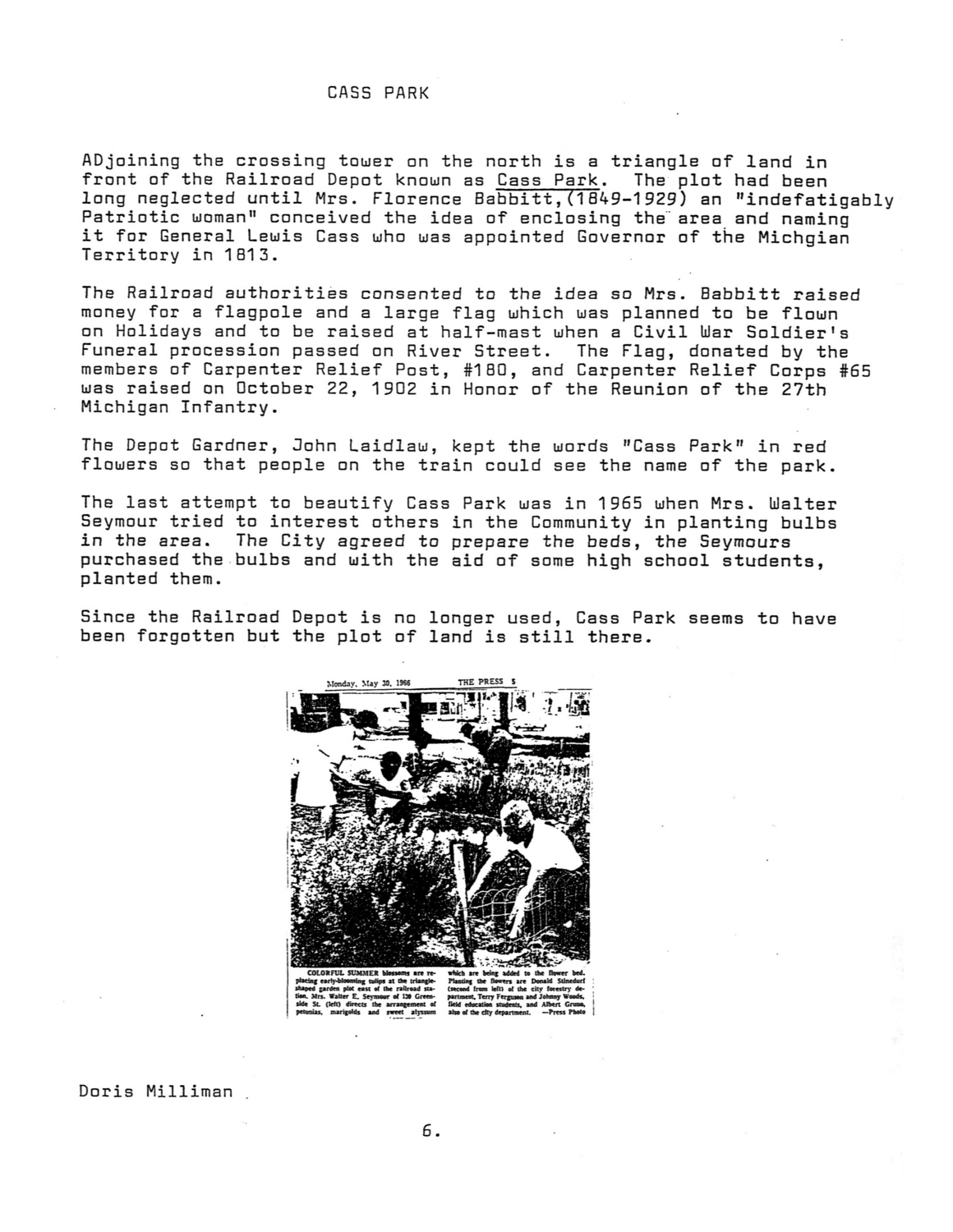 Adjoining the crossing tower on the north is a triangle of land in front of the Railroad Depot known as Cass Park. The plot had been long neglected until Mrs. Florence Babbitt, (1849–1929) an “indefatigably Patriotic woman” conceived the idea of enclosing the area and naming it for General Lewis Cass who was appointed Governor of the Michigan Territory in 1813.

The Railroad authorities consented to the idea so Mrs. Babbitt raised money for a flagpole and a large flag which was planned to be flown on Holidays and to be raised at half-mast when a Civil War Soldier's Funeral procession passed on River Street. The Flag, donated by the members of Carpenter Relief Post, #180, and Carpenter Relief Corps #65 was raised on October 22, 1902 in Honor of the Reunion of the 27th Michigan Infantry.

The Depot Gardner, John Laidlaw, kept the words “Cass Park” in red flowers so that people on the train could see the name of the park.

The last attempt to beautify Cass Park was in 1965 when Mrs. Walter Seymour tried to interest others in the Community in planting bulbs in the area. The City agreed to prepare the beds, the Seymours purchased the bulbs and with the aid of some high school students, planted them.

Since the Railroad Depot is no longer used, Cass Park seems to have been forgotten but the plot of land is still there.