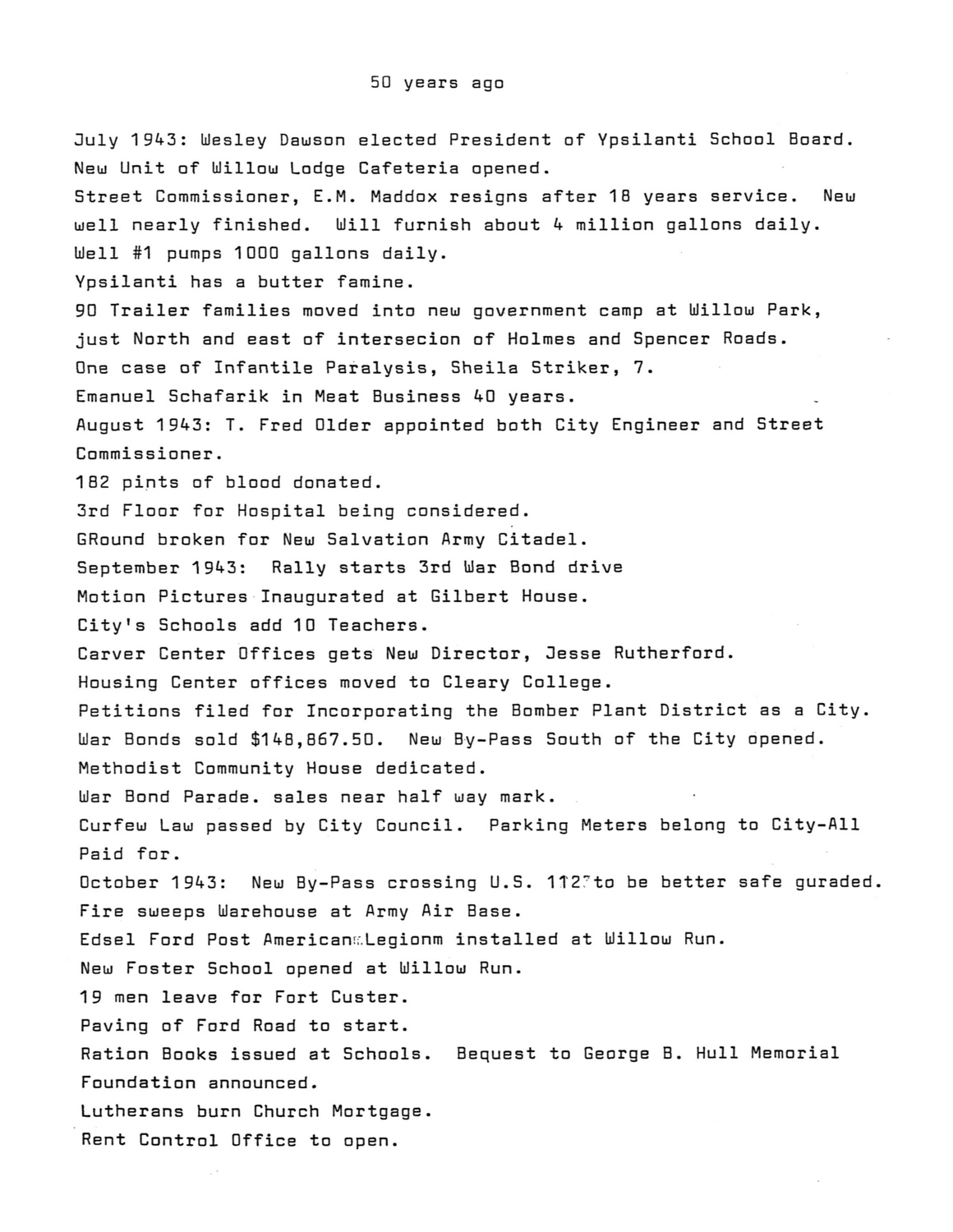 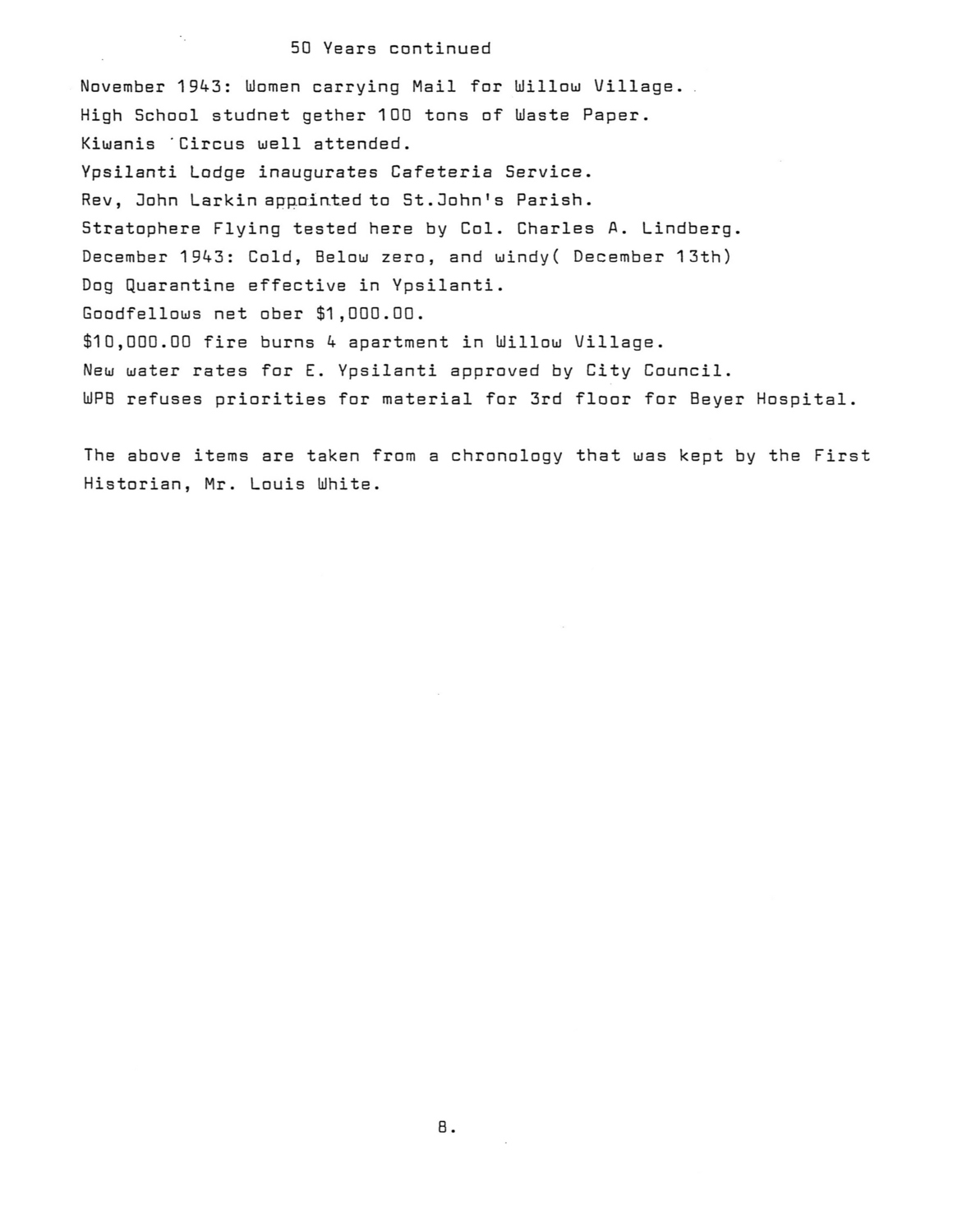 Ypsilanti has a butter famine.

3rd Floor for Hospital being considered.

Petitions filed for Incorporating the Bomber Plant District as a City.

Paving of Ford Road to start.

The above items are taken from a chronology that was kept by the First Historian, Mr. Louis White.