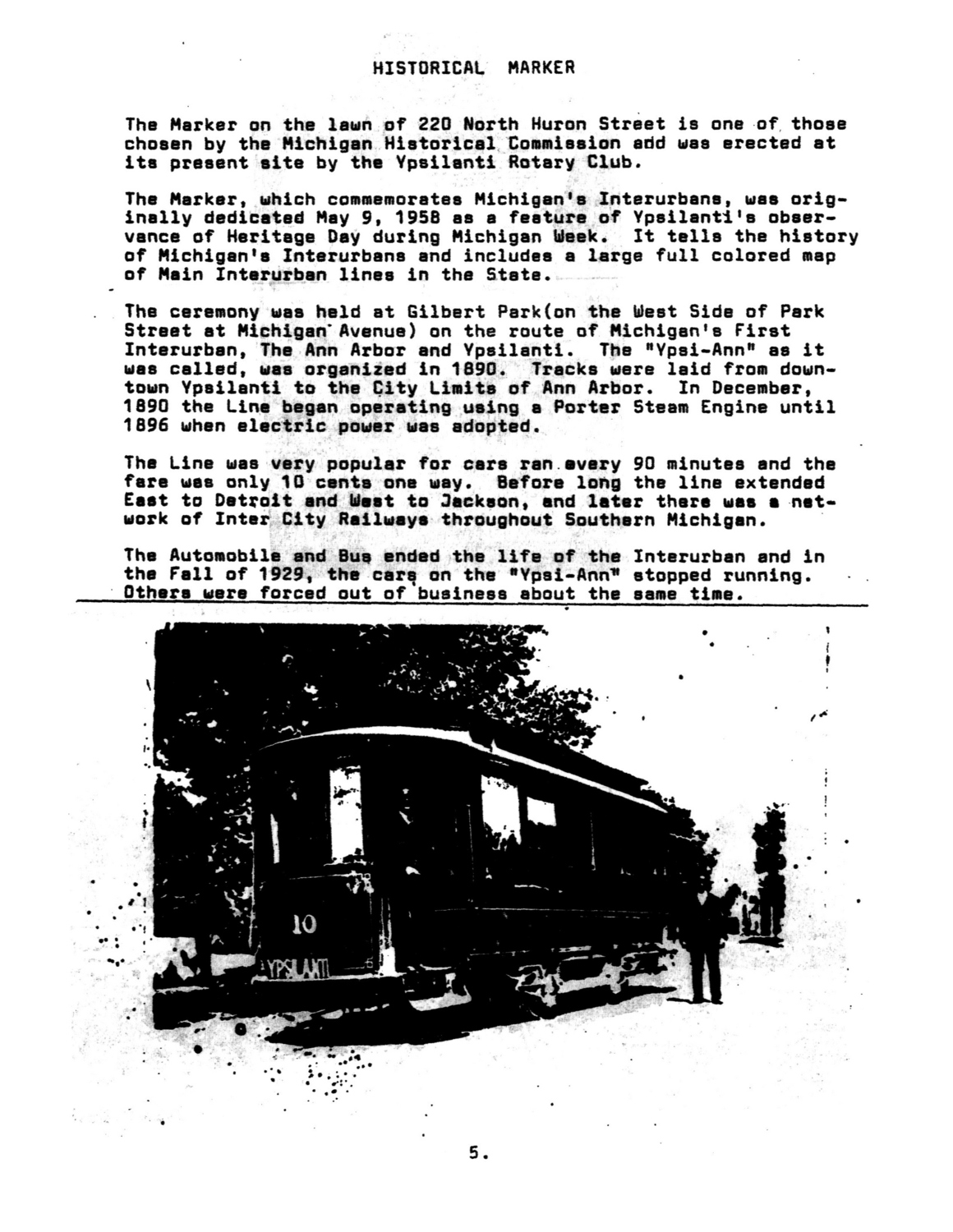 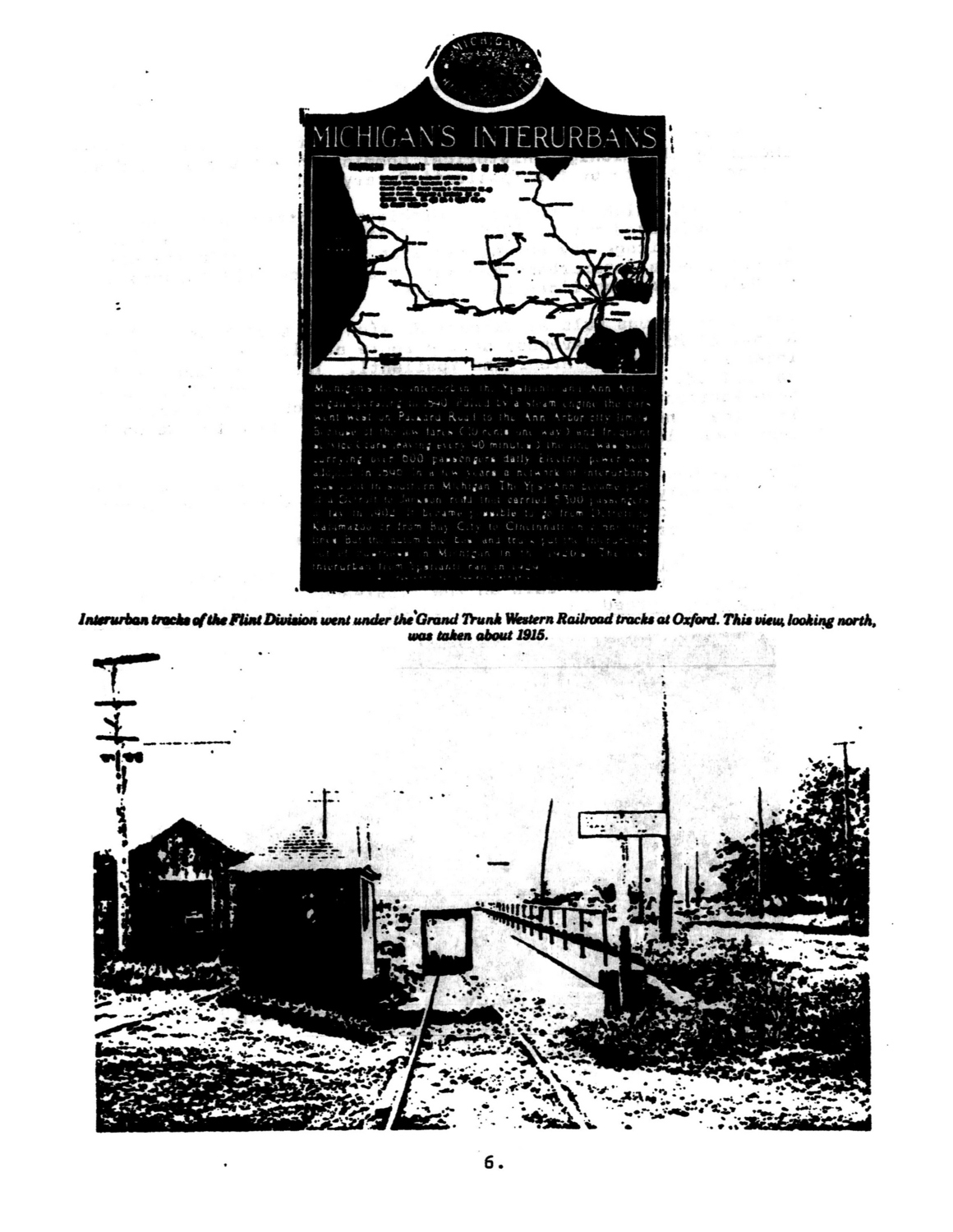 The Marker on the lawn of 220 North Huron Street is one of those chosen by the Michigan Historical Commission and was erected at its present site by the Ypsilanti Rotary Club.

The ceremony was held at Gilbert Park (on the West Side of Park Street at Michigan Avenue) on the route of Michigan's First Interurban, The Ann Arbor and Ypsilanti. The “Ypsi-Ann” as it was called, was organized in 1890. Tracks were laid from down-town Ypsilanti to the City Limits of Ann Arbor. In December, 1890 the Line began operating using a Porter Steam Engine until 1896 when electric power was adopted.

The Line was very popular for cars ran every 90 minutes and the fare was only 10 cents one way. Before long the line extended East to Detroit and West to Jackson, and later there was a net-work of Inter City Railways throughout Southern Michigan.

The Automobile and Bus ended the life of the Interurban and in the Fall of 1929, the cars on the “Ypsi-Ann” stopped running. Others were forced out of business about the same time.

Photo Caption: Interurban track of the Flint Division went under the Grand Trunk Western Railroad track at Oxford. This view, looking north, was taken about 1915.