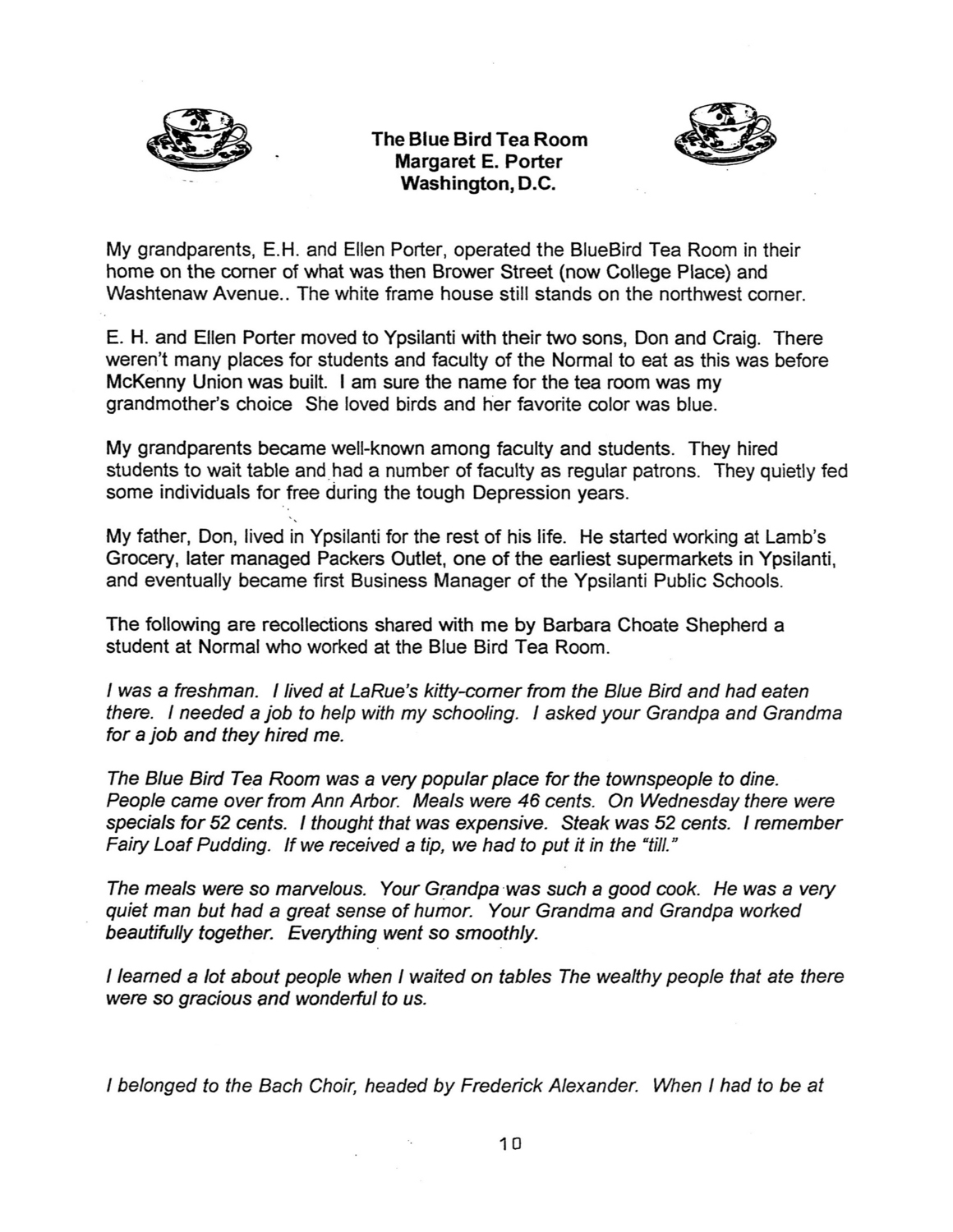 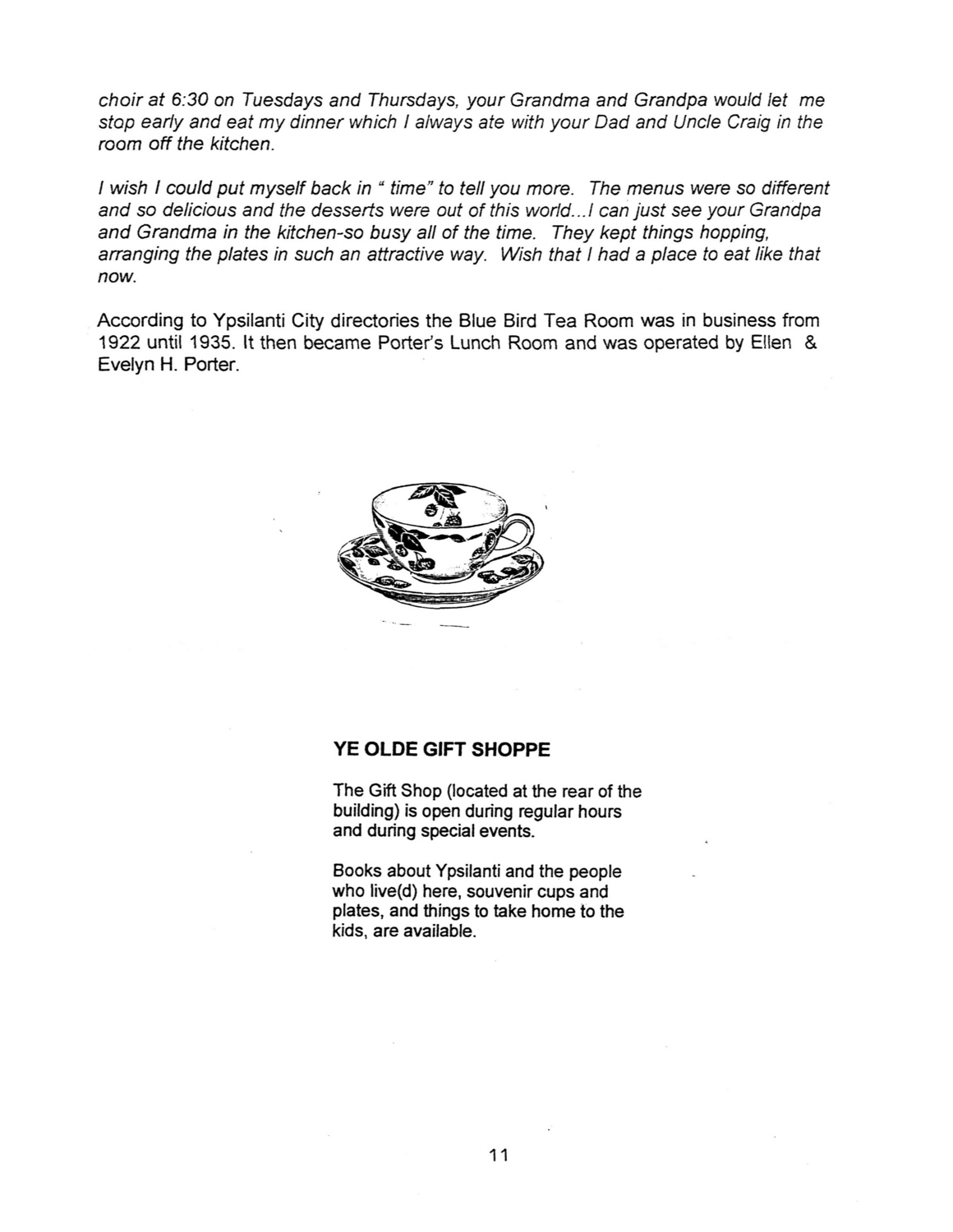 My grandparents, E.H. and Ellen Porter, operated the BlueBird Tea Room in their home on the corner of what was then Brower Street (now College Place) and Washtenaw Avenue… The white frame house still stands on the northwest corner.

E. H. and Ellen Porter moved to Ypsilanti with their two sons, Don and Craig. There weren't many places for students and faculty of the Normal to eat as this was before McKenny Union was built. I am sure the name for the tea room was my grandmother's choice She loved birds and her favorite color was blue.

My grandparents became well-known among faculty and students. They hired students to wait table and had a number of faculty as regular patrons. They quietly fed some individuals for free during the tough Depression years.

My father, Don, lived in Ypsilanti for the rest of his life. He started working at Lamb's Grocery, later managed Packers Outlet, one of the earliest supermarkets in Ypsilanti, and eventually became first Business Manager of the Ypsilanti Public Schools.

The following are recollections shared with me by Barbara Choate Shepherd a student at Normal who worked at the Blue Bird Tea Room.

I was a freshman. I lived at LaRue's kitty-corner from the Blue Bird and had eaten there. I needed a job to help with my schooling. I asked your Grandpa and Grandma for a job and they hired me.

The Blue Bird Tea Room was a very popular place for the townspeople to dine. People came over from Ann Arbor. Meals were 46 cents. On Wednesday there were specials for 52 cents. I thought that was expensive. Steak was 52 cents. I remember Fairy Loaf Pudding. If we received a tip, we had to put it in the “till.”

The meals were so marvelous. Your Grandpa was such a good cook. He was a very quiet man but had a great sense of humor. Your Grandma and Grandpa worked beautifully together. Everything went so smoothly.

I learned a lot about people when I waited on tables The wealthy people that ate there were so gracious and wonderful to us.

I belonged to the Bach Choir, headed by Frederick Alexander. When I had to be at choir at 6:30 on Tuesdays and Thursdays, your Grandma and Grandpa would let me stop early and eat my dinner which I always ate with your Dad and Uncle Craig in the room off the kitchen.

I wish I could put myself back in “time” to tell you more. The menus were so different and so delicious and the desserts were out of this world…I can just see your Grandpa and Grandma in the kitchen-so busy all of the time. They kept things hopping, arranging the plates in such an attractive way. Wish that I had a place to eat like that now.

According to Ypsilanti City directories the Blue Bird Tea Room was in business from 1922 until 1935. It then became Porter's Lunch Room and was operated by Ellen & Evelyn H. Porter.