The City of Ypsilanti Tugboat 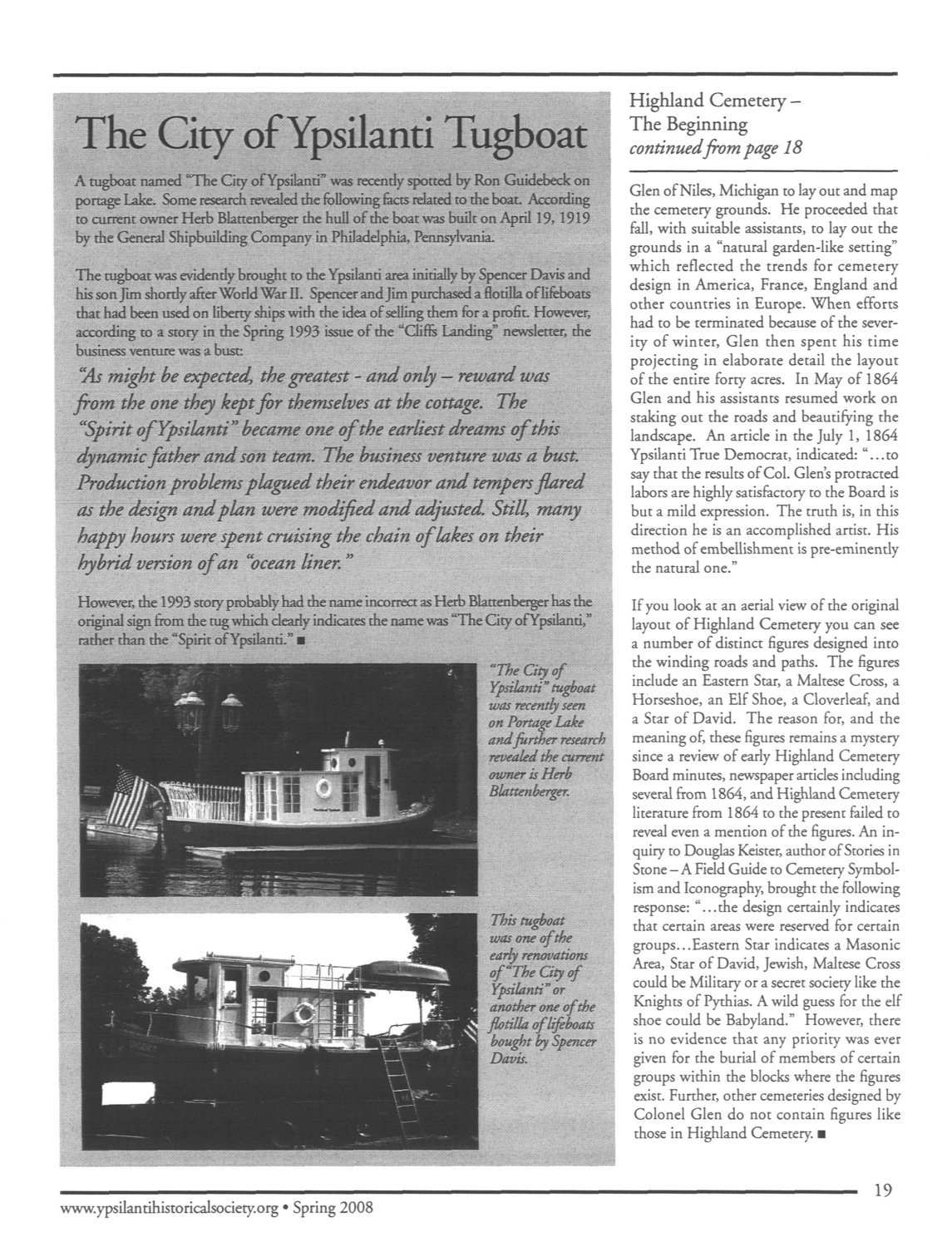 A tugboat named “The City of Ypsilanti” was recently spotted by Ron Guidebeck on portage Lake. Some research revealed the following facts related to the boat. According to current owner Herb Blattenberger the hull of the boat was built on April 19, 1919 by the General Shipbuilding Company in Philadelphia, Pennsylvania.

The tugboat was evidently brought to the Ypsilanti area initially by Spencer Davis and his son Jim shortly after World War II. Spencer and Jim purchased a flotilla of lifeboats that had been used on liberty ships with the idea of selling them for a profit. However, according to a story in the Spring 1993 issue of the “Cliffs Landing” newsletter, the business venture was a bust:

“As might be expected, the greatest-and only-reward was from the one they kept for themselves at the cottage. The “Spirit of Ypsilanti” became one of the earliest dreams of this dynamic father and son team. The business venture was a bust. Production problems plagued their endeavor and tempers flared as the design and plan were modified and adjusted. Still, many happy hours were spent cruising the chain of lakes on their hybrid version of an “ocean liner.”

However, the 1993 story probably had the name incorrect as Herb Blattenberger has the original sign from the tug which clearly indicates the name was “The City of Ypsilanti,” rather than the “Spirit of Ypsilanti.”

“The City of Ypsilanti” tugboat was recently seen on Portage Lake and further research revealed the current owner is Herb Blattenberger.

This tugboat was one of the early renovations of “The City of Ypsilanti” or another one of the flotilla of lifeboats bought by Spencer Davis.