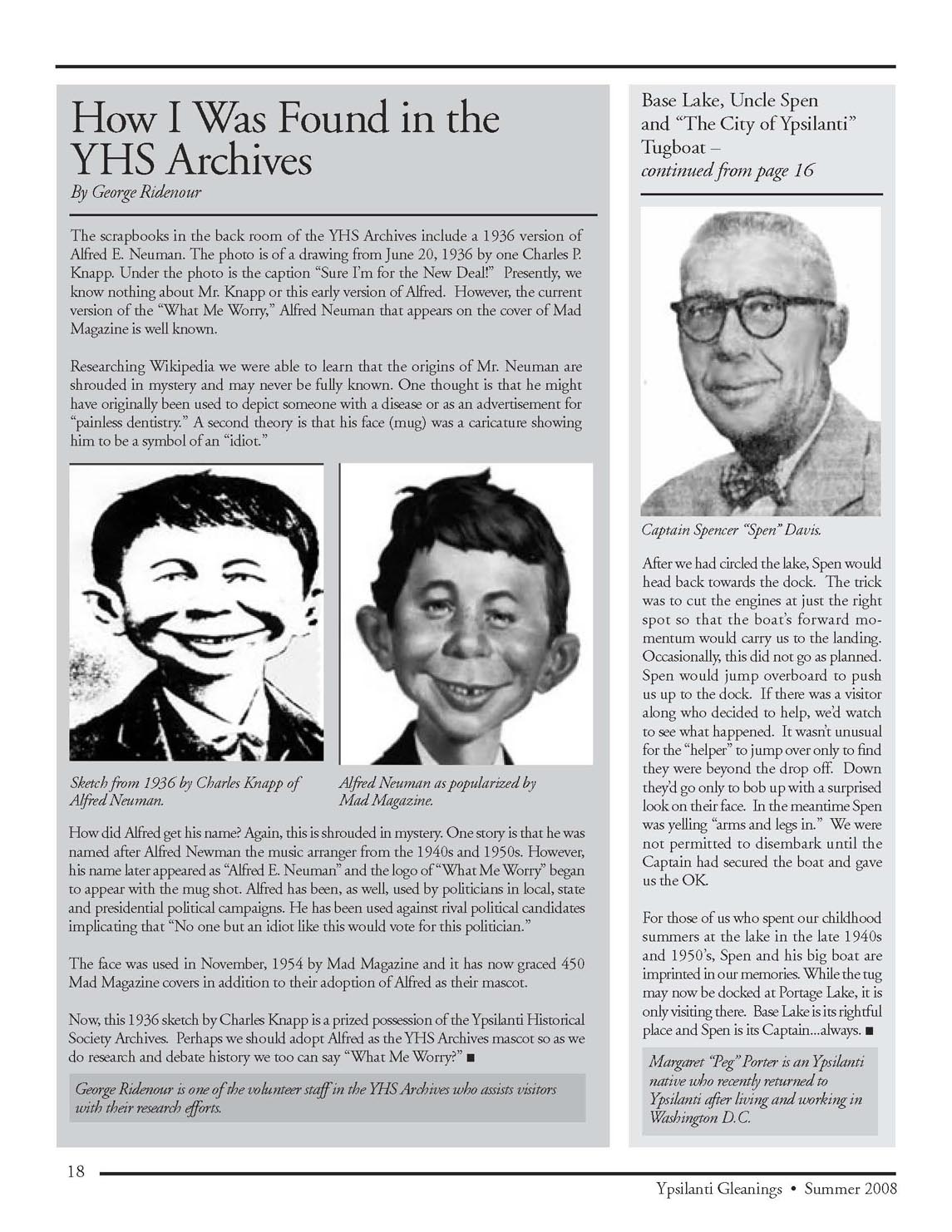 The scrapbooks in the back room of the YHS Archives include a 1936 version of Alfred E. Neuman. The photo is of a drawing from June 20, 1936 by one Charles P. Knapp. Under the photo is the caption “Sure I’m for the New Deal!” Presently, we know nothing about Mr. Knapp or this early version of Alfred. However, the current version of the “What Me Worry,” Alfred Neuman that appears on the cover of Mad Magazine is well known.

Researching Wikipedia we were able to learn that the origins of Mr. Neuman are shrouded in mystery and may never be fully known. One thought is that he might have originally been used to depict someone with a disease or as an advertisement for “painless dentistry.” A second theory is that his face (mug) was a caricature showing him to be a symbol of an “idiot.”

How did Alfred get his name? Again, this shrouded in mystery. One story is that he was named after Alfred Newman the music arranger from the 1940s and 1950s. However, his name later appeared as “Alfred E. Neuman” and the logo of “What Me Worry” began to appear with the mug shot. Alfred has been, as well, used by politicians in local, state and presidential political campaigns. He has been used against rival political candidates implicating that “No one but an idiot like this would vote for this politician.”

The face was used in November, 1954 by Mad Magazine and it has now graced 450 Mad Magazine in addition to their adoption of Alfred as their mascot.

Now, this 1936 sketch by Charles Knapp is a prized possession of the Ypsilanti Historical Society Archives. Perhaps we should adopt Alfred as the YHS Archives mascot so as we do research and debate history we too can say “What Me Worry?”

(George Ridenour is one of the volunteer staff in the YHS Archives who assists visitors with their research efforts.)