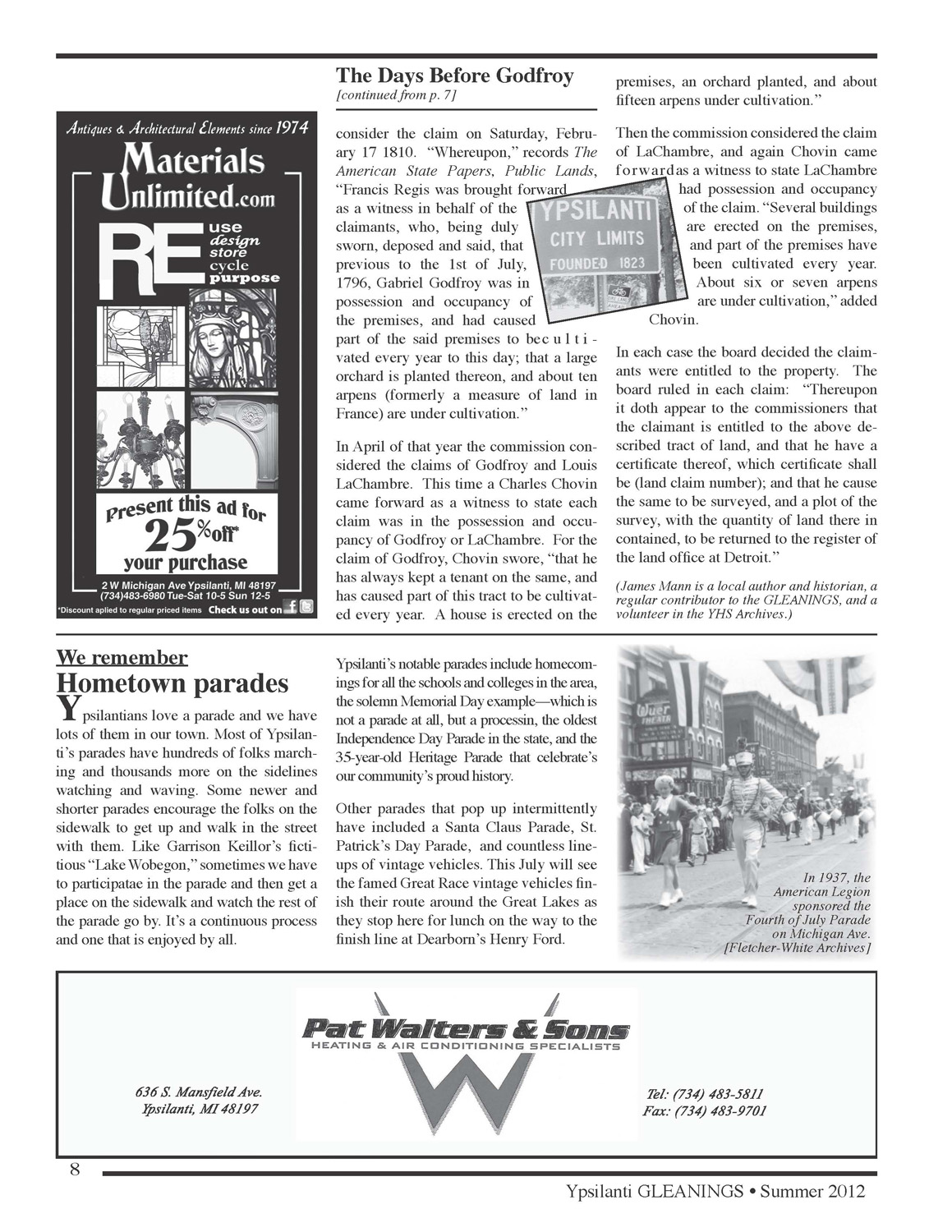 Ypsilantians love a parade and we have lots of them in our town. Most of Ypsilanti’s parades have hundreds of folks marching and thousands more on the sidelines watching and waving. Some newer and shorter parades encourage the folks on the sidewalk to get up and walk in the street with them. Like Garrison Keillor’s fictitious “Lake Wobegon,” sometimes we have to participatae in the parade and then get a place on the sidewalk and watch the rest of the parade go by. It’s a continuous process and one that is enjoyed by all.

Ypsilanti’s notable parades include homecomings for all the schools and colleges in the area, the solemn Memorial Day example––which is not a parade at all, but a procession, the oldest Independence Day Parade in the state, and the 35-year-old Heritage Parade that celebrate’s our community’s proud history.

Other parades that pop up intermittently have included a Santa Claus Parade, St. Patrick’s Day Parade, and countless line-ups of vintage vehicles. This July will see the famed Great Race vintage vehicles finish their route around the Great Lakes as they stop here for lunch on the way to the finish line at Dearborn’s Henry Ford.