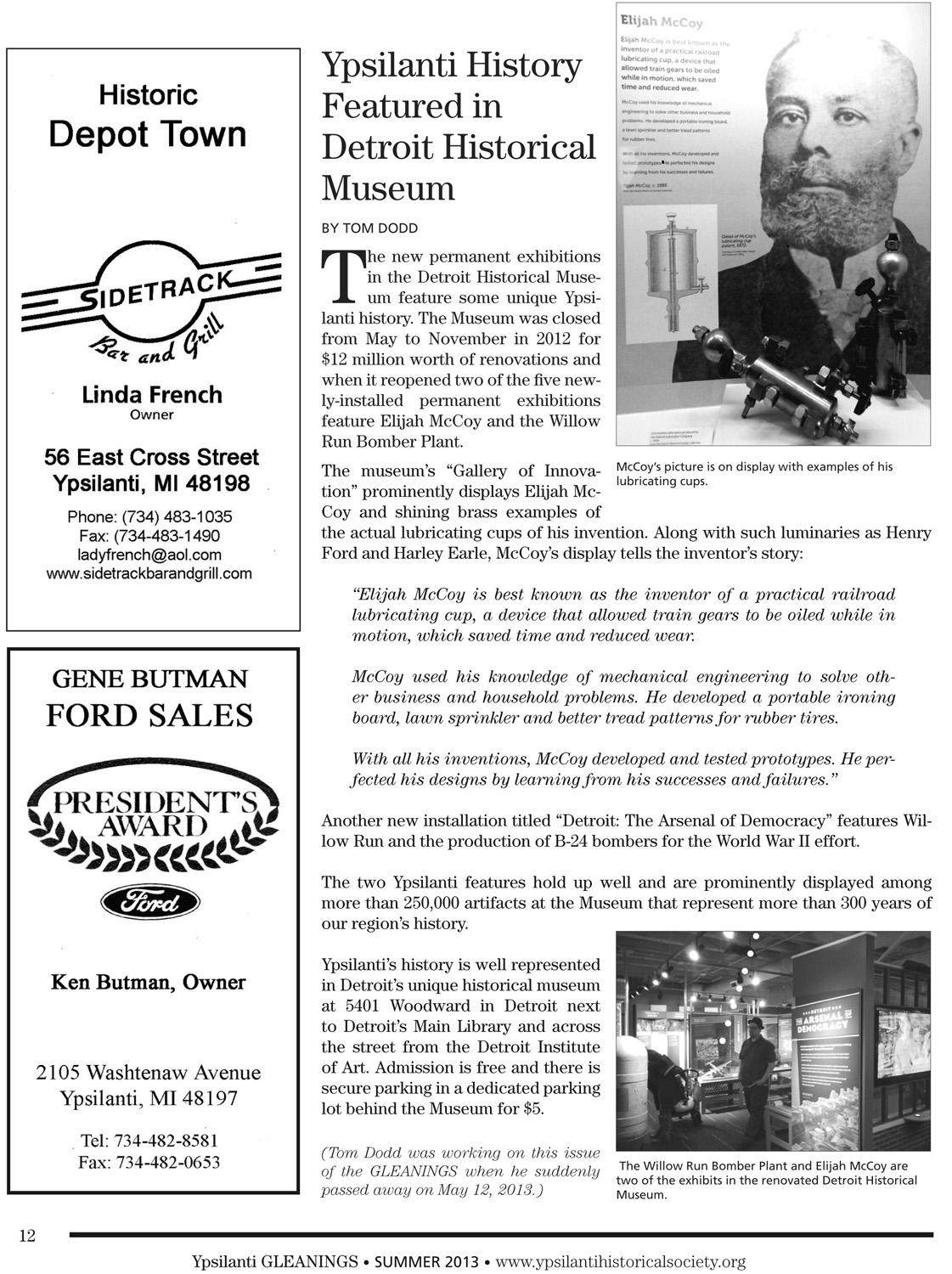 The new permanent exhibitions in the Detroit Historical Museum feature some unique Ypsilanti history. The Museum was closed from May to November in 2012 for $12 million worth of renovations and when it reopened two of the five newly-installed permanent exhibitions feature Elijah McCoy and the Willow Run Bomber Plant. The museum’s “Gallery of Innovation” prominently displays Elijah McCoy and shining brass examples of the actual lubricating cups of his invention. Along with such luminaries as Henry Ford and Harley Earle, McCoy’s display tells the inventor’s story: “Elijah McCoy is best known as the inventor of a practical railroad lubricating cup, a device that allowed train gears to be oiled while in motion, which saved time and reduced wear. McCoy used his knowledge of mechanical engineering to solve other business and household problems. He developed a portable ironing board, lawn sprinkler and better tread patterns for rubber tires. With all his inventions, McCoy developed and tested prototypes. He perfected his designs by learning from his successes and failures.” Another new installation titled “Detroit: The Arsenal of Democracy” features Willow Run and the production of B-24 bombers for the World War II effort. The two Ypsilanti features hold up well and are prominently displayed among more than 250,000 artifacts at the Museum that represent more than 300 years of our region’s history. Ypsilanti’s history is well represented in Detroit’s unique historical museum at 5401 Woodward in Detroit next to Detroit’s Main Library and across the street from the Detroit Institute of Art. Admission is free and there is secure parking in a dedicated parking lot behind the Museum for $5. (Tom Dodd was working on this issue of the GLEANINGS when he suddenly passed away on May 11, 2013.)

Photo Captions:
1. McCoy’s picture is on display with examples of his lubricating cups.

2. The Willow Run Bomber Plant and Elijah McCoy are two of the exhibits in the renovated Detroit Historical Museum.