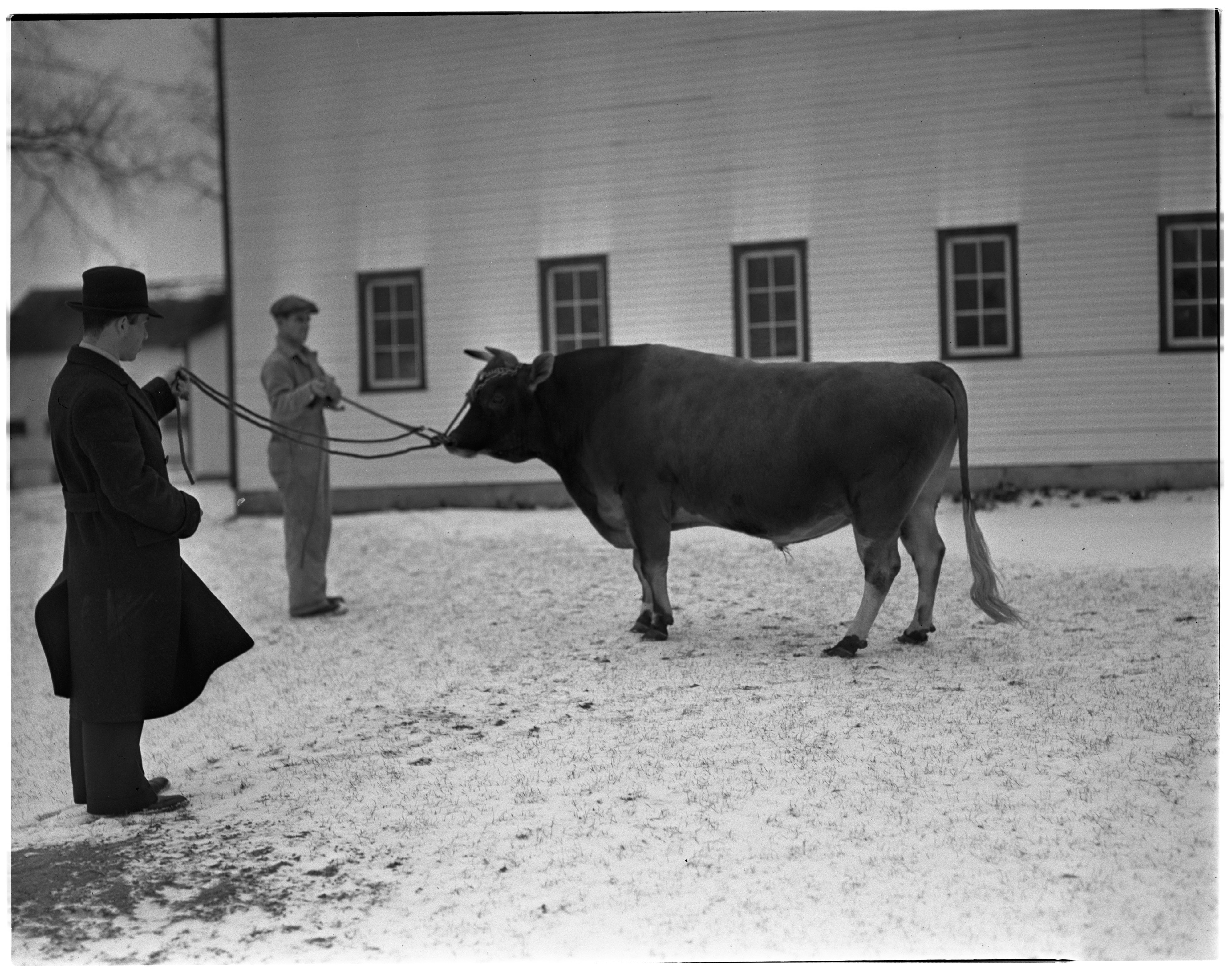 Published In
Ann Arbor News, December 23, 1936
Caption
ACQUITTED OF KILLING OWNER: In a public trial, conducted with deadly seriousness, a jury of 12 men on the Isle of Jersey, acquitted the bull shown above, Brampton Beau, of killing his owner. The alternative was public execution. The bull recently arrived from the Isle by way of Chester, N. Y., at the Dhu Varren Farms, Whitmore Lake Rd., where he will remain for one year when he will be shipped back to his owner, Edmund Butler of Chester, N. Y. He is a register of merit bull. Shown holding the bull, above, are Cyril Spike, left, and Eber Baker, right, who say that the story about the former owner's death made a more lasting impression on their consciousness than the story of the Bull's acquittal for alleged complicity in the death.
Month
December
Year
1936
Rights Held By
Donated by the Ann Arbor News. © The Ann Arbor News.
Copyright
Copyright Protected