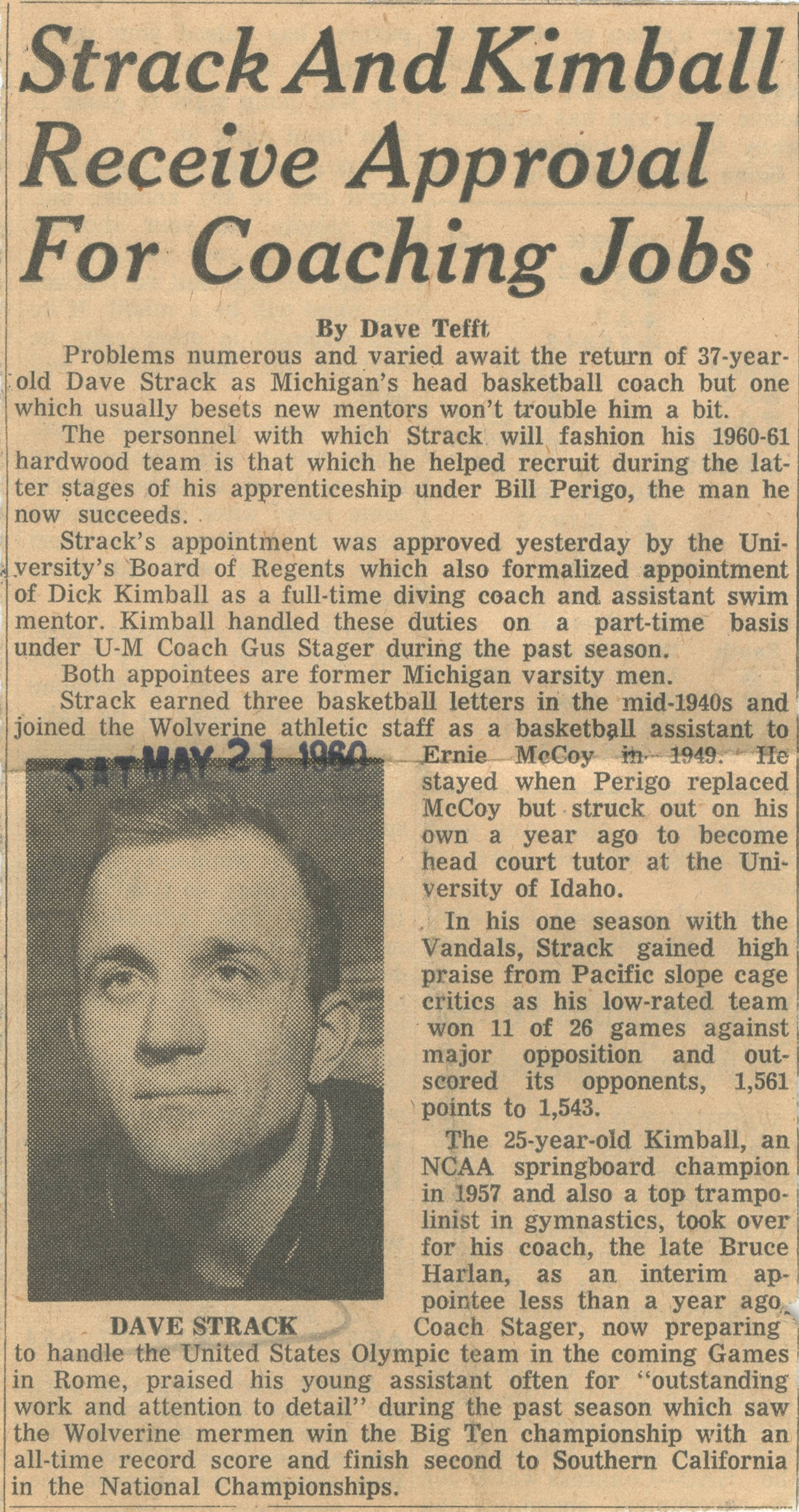 Problems numerous and varied await the return of 37-year-old Dave Strack as Michigan’s head basketball coach but one which usually besets new mentors won’t trouble him a bit.

The personnel with which Strack will fashion his 1960-61 hardwood team is that which he helped recruit during the latter stages of his apprenticeship under Bill Perigo, the man he now succeeds.

Strack’s appointment was approved yesterday by the University’s Board of Regents which also formalized appointment of Dick Kimball as a full-time diving coach and assistant swim mentor. Kimball handled these duties on a part-time basis under U-M Coach Gus Stager during the past season.

Strack earned three basketball letters in the mid-1940s and joined the Wolverine athletic staff as a basketball assistant to Ernie McCoy in 1949.

He stayed when Perigo replaced McCoy but struck out on his own a year ago to become head court tutor at the University of Idaho.

In his one season with the Vandals, Strack gained high praise from Pacific slope cage critics as his low-rated team won 11 of 26 games against, major opposition and out scored its opponents, 1,561 points to 1,543.

The 25-year-old Kimball, an NCAA springboard champion in 1957 and also a top trampolinist in gymnastics, took over for his coach, the late Bruce Harlan, as an interim appointee less than a year ago.

Coach Stager, now preparing to handle the United States Olympic team in the coming Games in Rome, praised his young assistant often for "outstanding work and attention to detail” during the past season which saw the Wolverine mermen win the Big Ten championship with an all-time record score and finish second to Southern California in the National Championships.