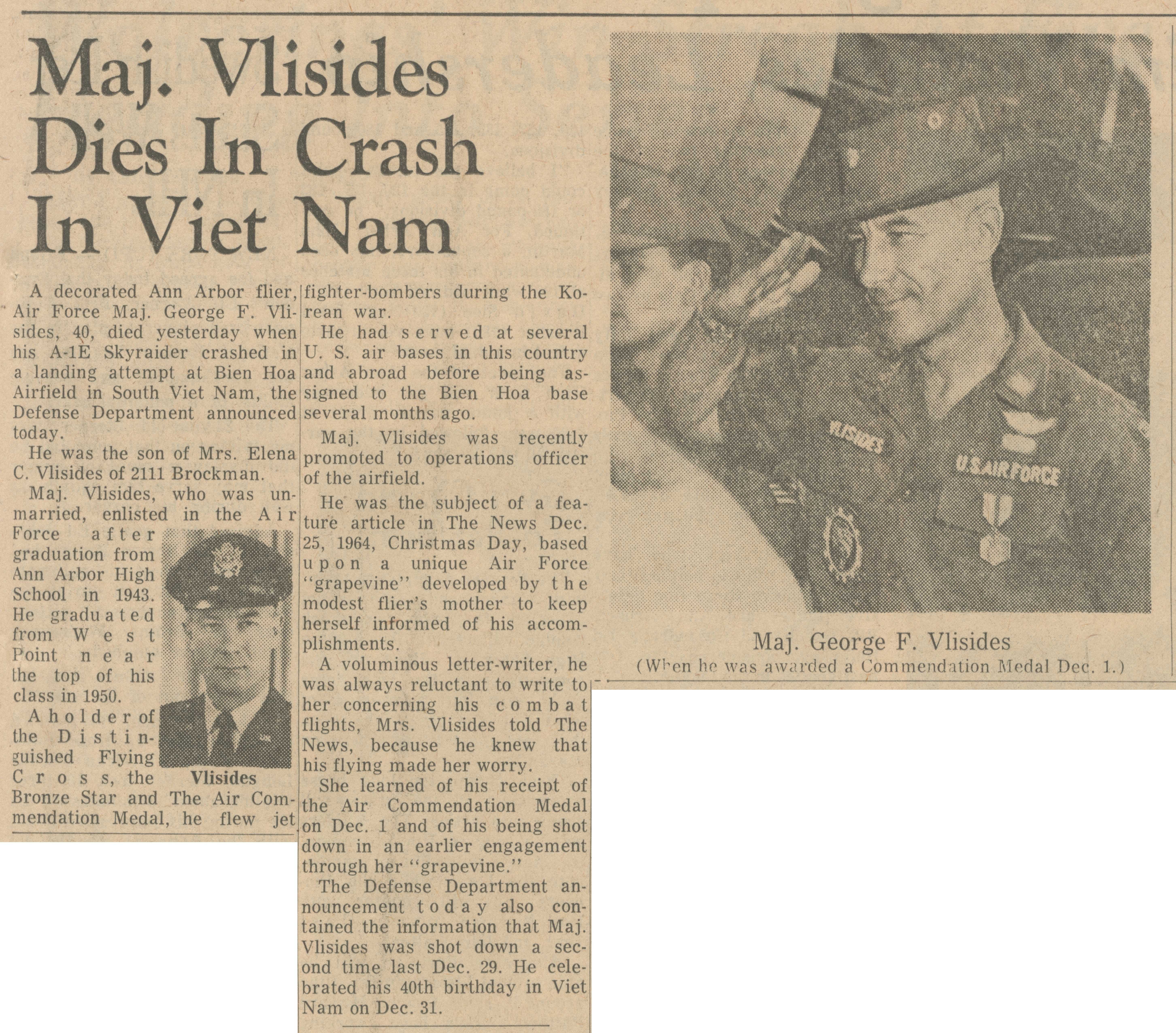 Maj. Vlisides, who was unmarried, enlisted in the Air Force after graduation from Ann Arbor High School in 1943. He graduated from West Point near the top of his class in 1950.

A holder of the Distinguished Flying Cross, the Bronze Star and The Air Commendation Medal, he flew jet fighter-bombers during the Korean war.

He had served at several U.S. air bases in this country and abroad before being assigned to the Bien Hoa base several months ago.

Maj. Vlisides was recently promoted to operations officer of the airfield.

He was the subject of a feature article in The News Dec. 25, 1964, Christmas Day, based upon a unique Air Force “grapevine” developed by the modest flier’s mother to keep herself informed of his accomplishments.

A voluminous letter-writer, he was always reluctant to write to her concerning his combat flights, Mrs. Vlisides told The News, because he knew that his flying made her worry.

She learned of his receipt of the Air Commendation Medal on Dec. 1 and of his being shot down in an earlier engagement through her “grapevine.”

The Defense Department announcement today also contained the information that Maj. Vlisides was shot down a second time last Dec. 29. He celebrated his 40th birthday in Viet Nam on Dec. 31.