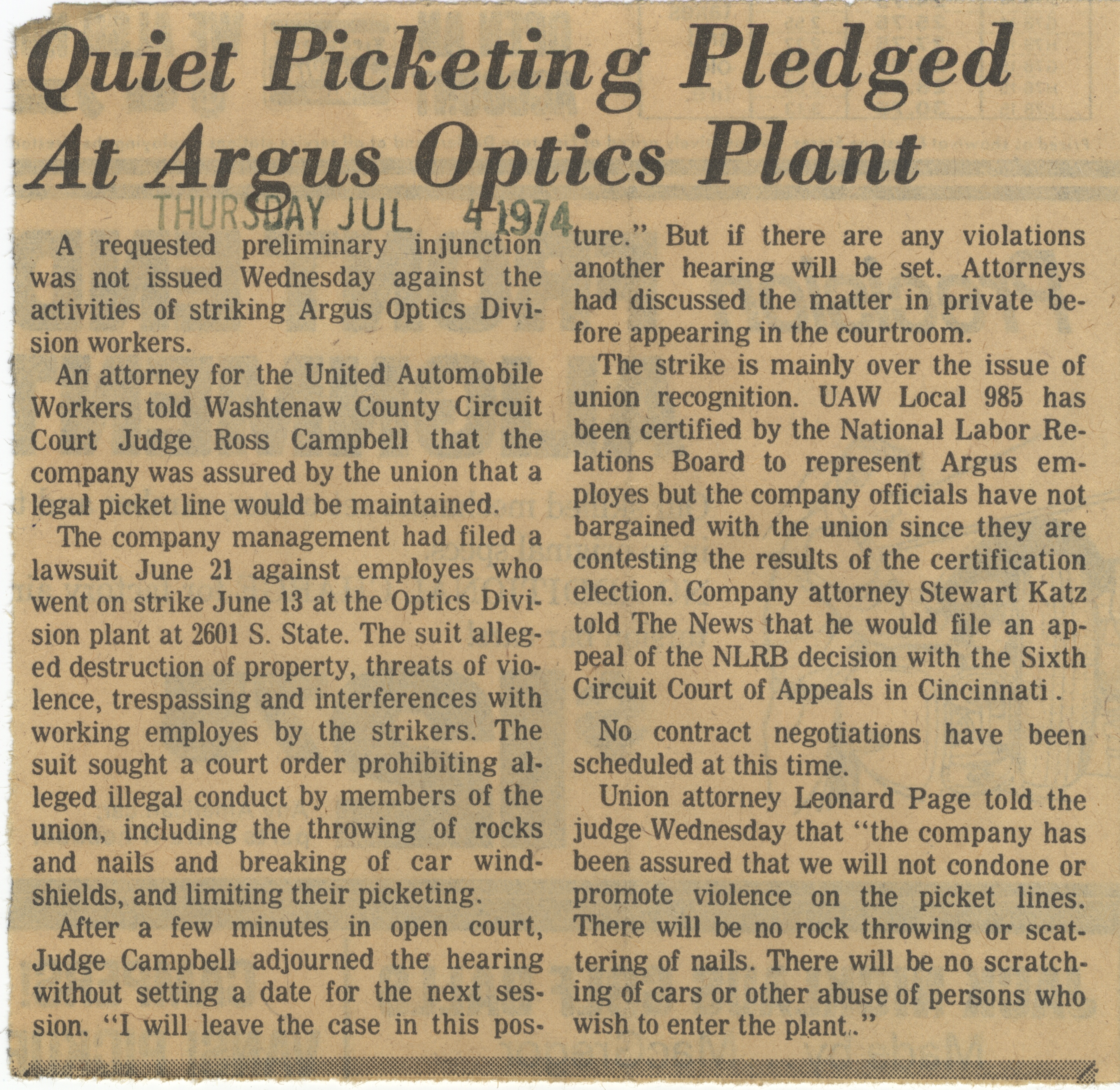 A requested preliminary injunction
was not issued Wednesday against the
activities of striking Argus Optics Divi-
sion workers.

An attorney for the United Automobile
Workers told Washtenaw County Circuit
Court Judge Ross Campbell that the
company was assured by the union that a
legal picket line would be maintained.

' The company management had filed a
lawsuit June 21 against employes who
went on strike June 13 at the Optics Divi-
sion plant at 2601 S. State. The suit alleg-
ed destruction of property, threats of vio-
lence. trespassing and interferences with
working employes by the strikers. The
suit sought a court order prohibiting al-
leged illegal conduct by members of the
union, including the throwing of rocks
and nails and breaking of car wind
shields, and limiting their picketing.

After a few minutes in open court,
Judge Campbell adjourned the hearing
witthout setting a date for the next ses-
sion. "I will leave the case in this pos-
ture." But if there are any violations
another hearing will be set. Attorneys
had discussed the matter in private be-
fore appearing in the courtroom.

The strike is mainly over the issue of
union recognition. UAW Local 985 has
been certified by the National Labor Re-
lations Board to represent Argus em-
ployes but the company officials have not
bargained with the union since they are
contesting the results of the certification
election. Company attorney Stewart Katz
told The News that he would file an ap-
peal of the NLRB decision with the Sixth
Circuit Court of Appeals in Cincinnati.

No contract negotiations have been
schedule at this time.

Union attorney Leonard page told the
judge Wednesday that "the company has
been assured that we will not condone or
promote violence on the picket lines.
There will be no rock throwing or scat-
tering of nails. There will be no scratch-
ing of cars or other abuse of persons who
wish to enter the plant."