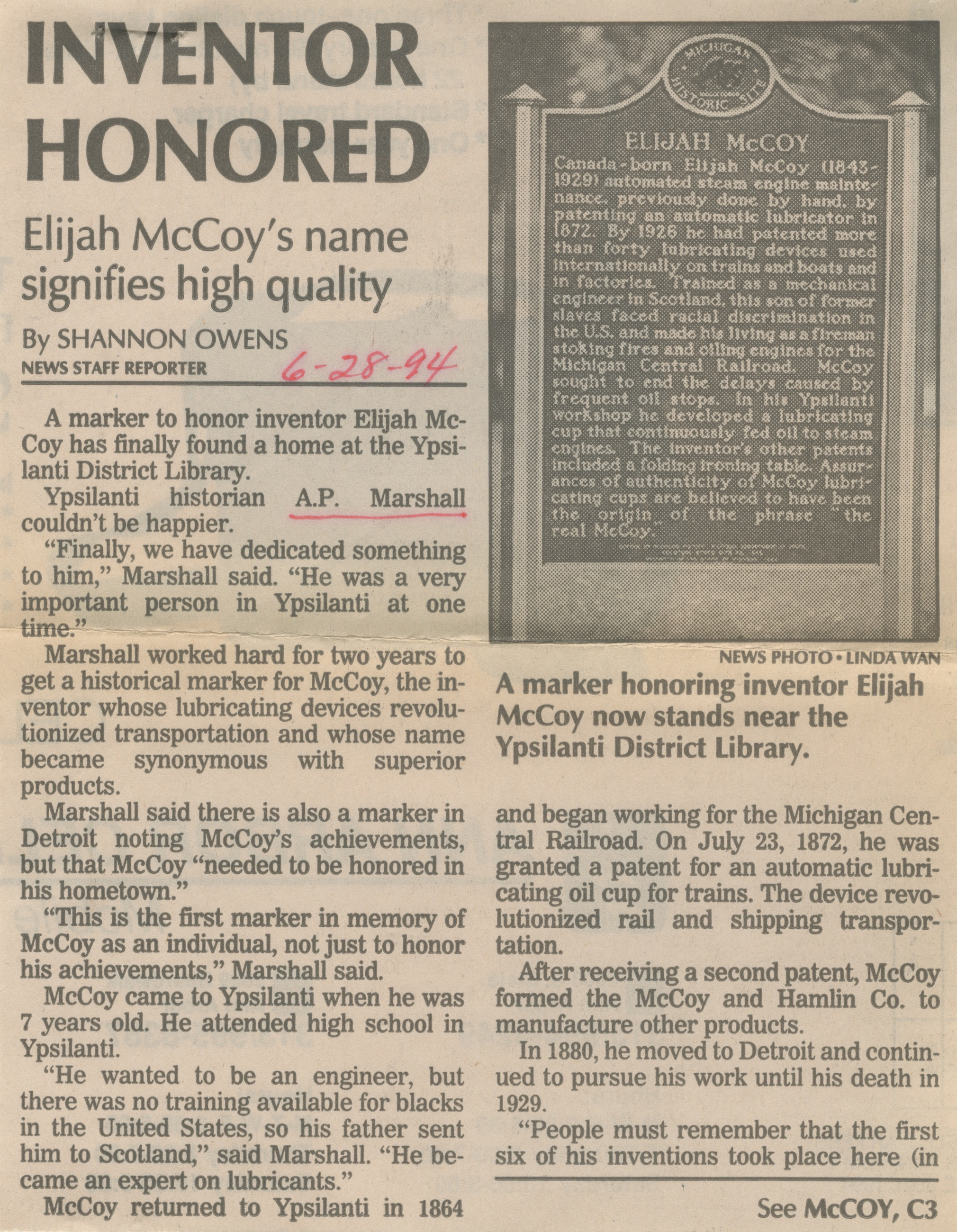 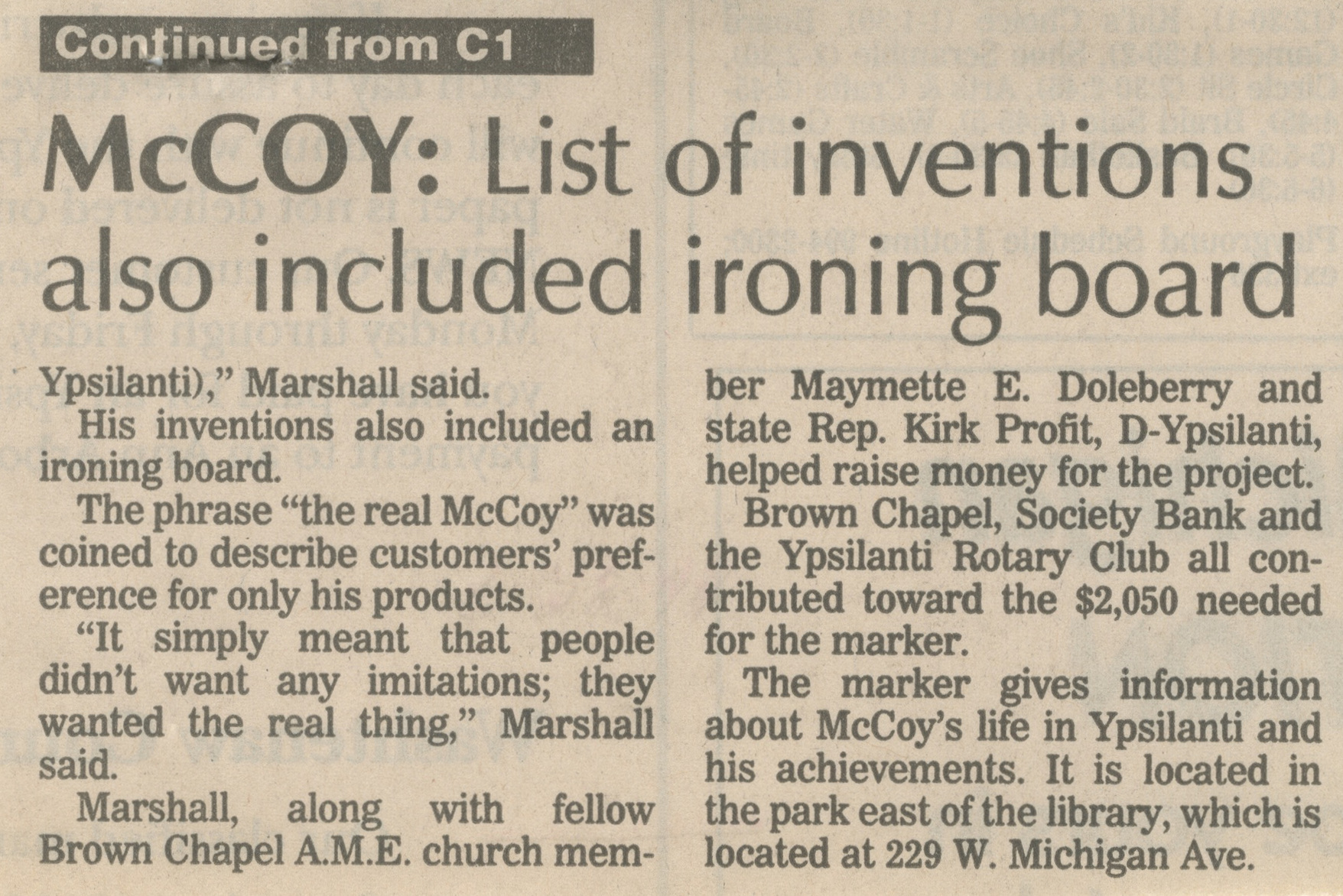 A marker to honor inventor Elijah McCoy has finally found a home at the Ypsilanti District Library.

"Finally we have dedicated something to him," Marshall said. "He was a very important person in Ypsilanti at one time."

Marshall hard for two years to get a historical marker for McCoy, the inventor whose lubricating devices revolutionized transportation and whose name became synonymous with superior products.

Marshall said there is also a marker in Detroit nothing McCoy's achievements, but that McCoy "needed to be honored in his hometown."

"This is the first marker in memory of McCoy as an individual, not just to honor his achievements," Marshall said.

McCoy came to Ypsilanti when he was 7 years old. He attended high school in Ypsilanti.

"He wanted to be an engineer, but there was no training available for blacks in the United States, so his father sent him to Scotland," said Marshall. "He became an expert on lubricants."

McCoy returned to Ypsilanti in 1864 and began working for the Michigan Central Railroad. On July 23, 1872, he was granted a patent for an automatic lubricating oil cup for trains. The device revolutionized rail and shipping transportation.

After receiving a second patent, McCoy formed the McCoy and Hamlin Co. to manufacture other products.

"People must remember that the first six of his inventions took place here (in Ypsilanti)," Marshall said.

His inventions also included an ironing board.

The phrase "the real McCoy" was coined to describe customers' preference for only his products.

"It simply meant that people didn't want any imitations; they wanted the real thing," Marshall said.

Brown Chapel, Society Bank and the Ypsilanti Rotary Club all contributed toward the $2,050 needed for the marker.

The marker gives information about McCoy's life in Ypsilanti and his achievements. It is located in the park east of the library, which is located at 229 W. Michigan Ave.