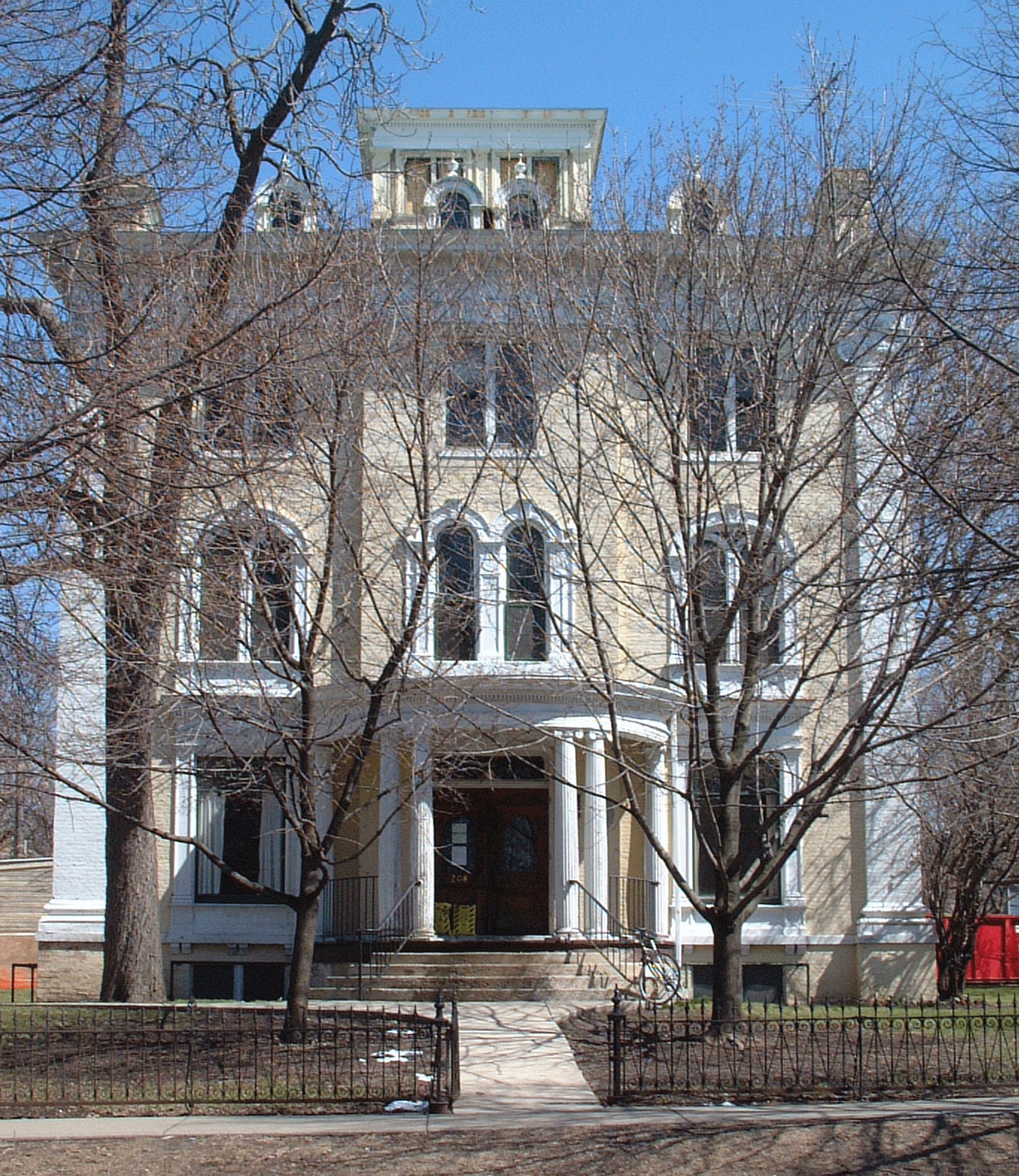 This house was built for Dr. Ebenezer Wells, a physician, and his family. The mayor of Ann Arbor in 1863-64, Wells also became the president of the First National Bank, the first bank chartered in Michigan under the National Bank Act of 1863. He held that position until his death in 1882.

James L. Babcock bought the house in 1890 when he moved to Ann Arbor to manage the wool business of his uncle, Luther James. Past and Present of Washtenaw County (1906) states that Babcock paid some $10,000 for the property "which was surrounded by beautiful and extensive grounds, richly adorned with flowers and ornamental trees and situated in one of the most delightful portions of the town."

Luther James left a fortune to his nephew on the condition that he marry within five years. James Babcock met the deadline and proceeded to remodel the house throughout. Embossed leather wall coverings were imported from Europe for the reception rooms, as were carving, mirrors and marble. The Babcock coat of arms was done in stained glass for the windows on the north side of a rear addition. Elegant beveled and etched glass still remains in other windows and doors.

In 1910, after the death of James Babcock, a third story was added, and the mansion and carriage house were converted to multifamily use.