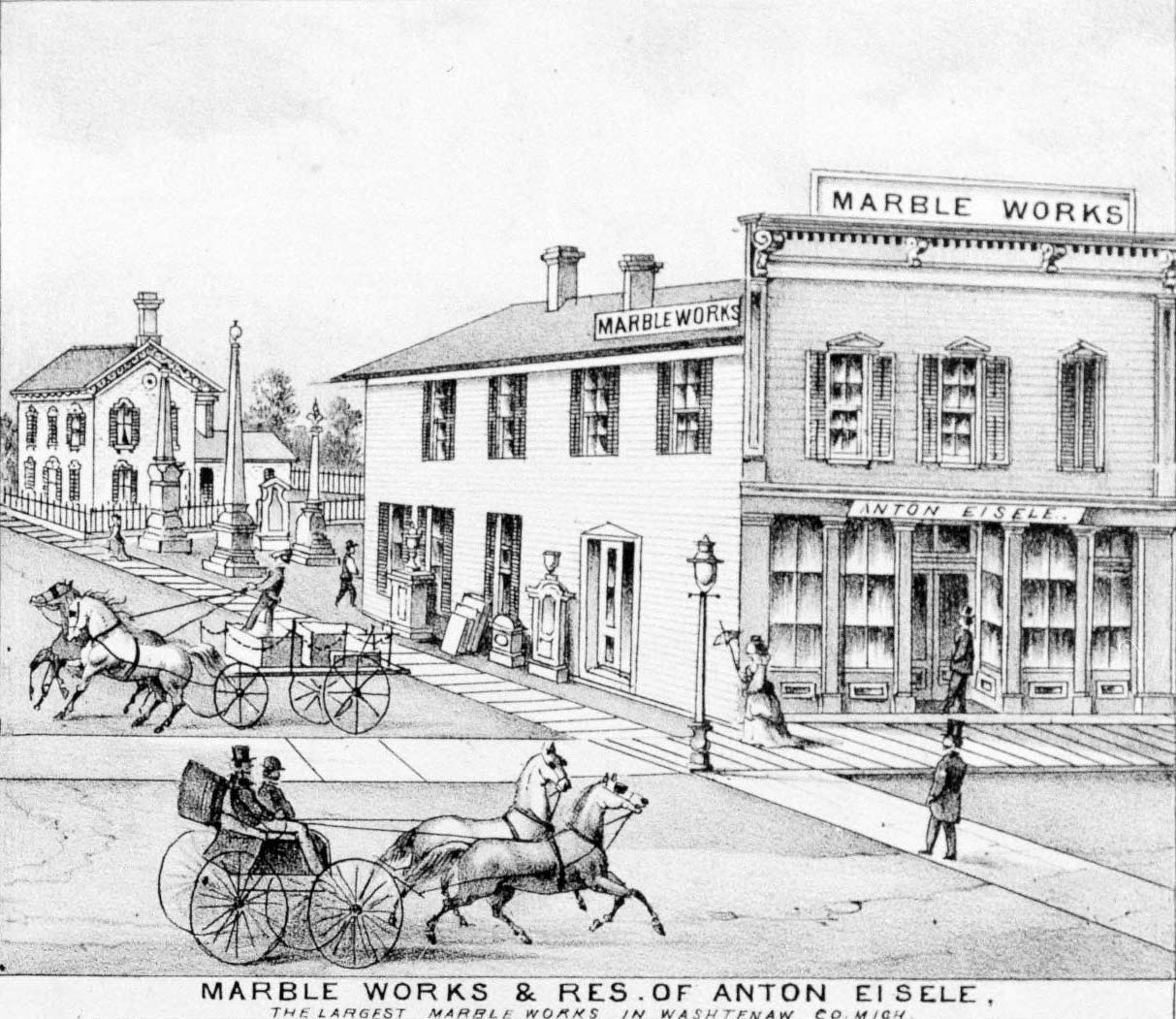 The unusual carved stone lintels above the windows of this house are a clue to the profession of its builder. Anton Eisele, an immigrant from Germany, owned a stone-cutting business specializing in American and Italian marbles. Originally in partnership with his brother John W. in a business organized in 1868, he was prosperous enough to build this house in 1869. By the time the 1874 Atlas of Washtenaw County published an engraving of the house and Marble Works at the southeast corner of Catherine and Detroit Streets, Eisele was in business for himself.
Using stone and marble cutting skills learned in Germany, Eisele supplied both the marble and the carving for tombstones and other cemetery work. Recent renovations to a nearby building at 216 North Fourth Avenue yielded discarded fragments of his carving art.

After Eisele died in 1887, his stepson John Baumgardner continued to live in the house and run the business for which he built a two-story brick building across the street. It too exhibited the fine carving which characterized the family home but it was demolished in the 1930s for a gas station (now Argiero's Restaurant). Baumgardner expanded the business from tombstones to building stone, used primarily for sidewalks. Some of these still line the east side of Main Street between Washington and Liberty Streets. The house remains as a testament to the stone carving skills brought to Ann Arbor by Eisele and other Germans. It is now the home and office of attorney Pauline Rothmeyer.