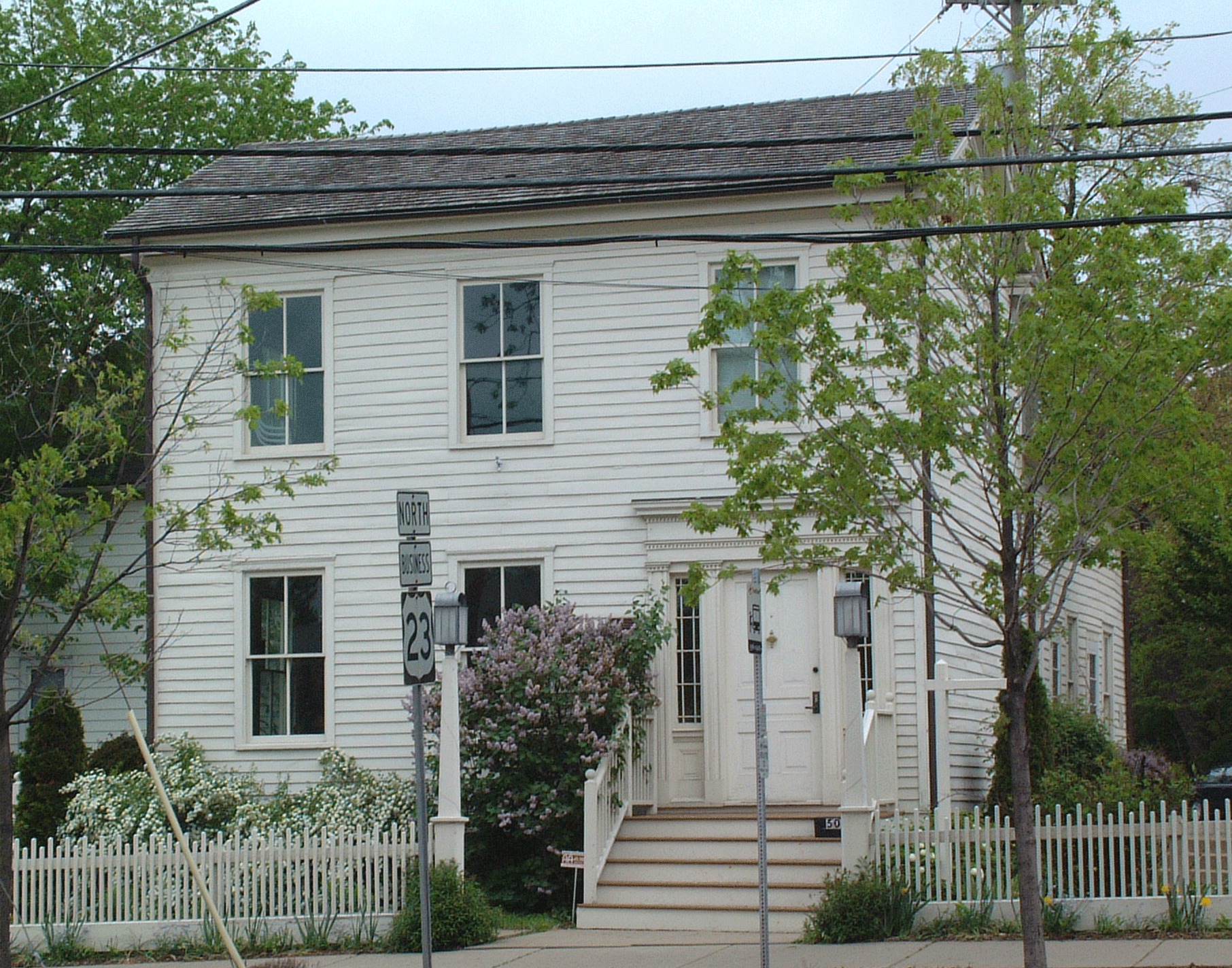 The building that now houses the Washtenaw County Historical Society's Museum on Main Street (MOMs) was once a private residence on Wall Street, in the section of Ann Arbor across the Huron River known as "Lower Town." It is a rare survivor of the first decades of life in Ann Arbor.

The house exhibits interesting construction features that disappeared from use shortly after the 1830s including the accordion or split lathe backing for the plaster walls, very wide plank floors, and brick "nogging" in the walls???_an early form of insulation. Fancy detailing on the exterior includes the front entrance, which is a complex unit of sidelights and transom, and the returns on the side gables. Channel and corner block trim grace the front parlor and the beautiful curving staircase in the front hallway is reminiscent of New England. A small ivory knob on top of the newel post, called an "amity button" or "mortgage button," was an indication that the house was free and clear of debt.

The house was built by members of the Kellogg and Ethan Warden families (Warden's wife was a Kellogg), pioneers from Cayuga County, New York. The house was constructed in various stages in the 1830s, the last being in 1839 when the patriarch of the family, the Honorable Charles Kellogg, moved to Ann Arbor. The Kelloggs had been millers and merchants in New York and ran similar businesses here.

The Kelloggs did not "strike it rich" and only one member of the family remained in Ann Arbor (the others either died here or went back to New York). The house stood empty after Charles' death in 1843 until the Ruthruff family purchased it in 1853 and occupied it for three decades. In the 1890s it became the property of Charles Greiner, a gardener, whose descendants remained in the house for nearly a century. In 1989 the Washtenaw County Historical Society intervened to save the house from demolition, and moved it to its present site. The City of Ann Arbor provided the land for the new location while the University of Michigan donated the building and some funds for moving it.