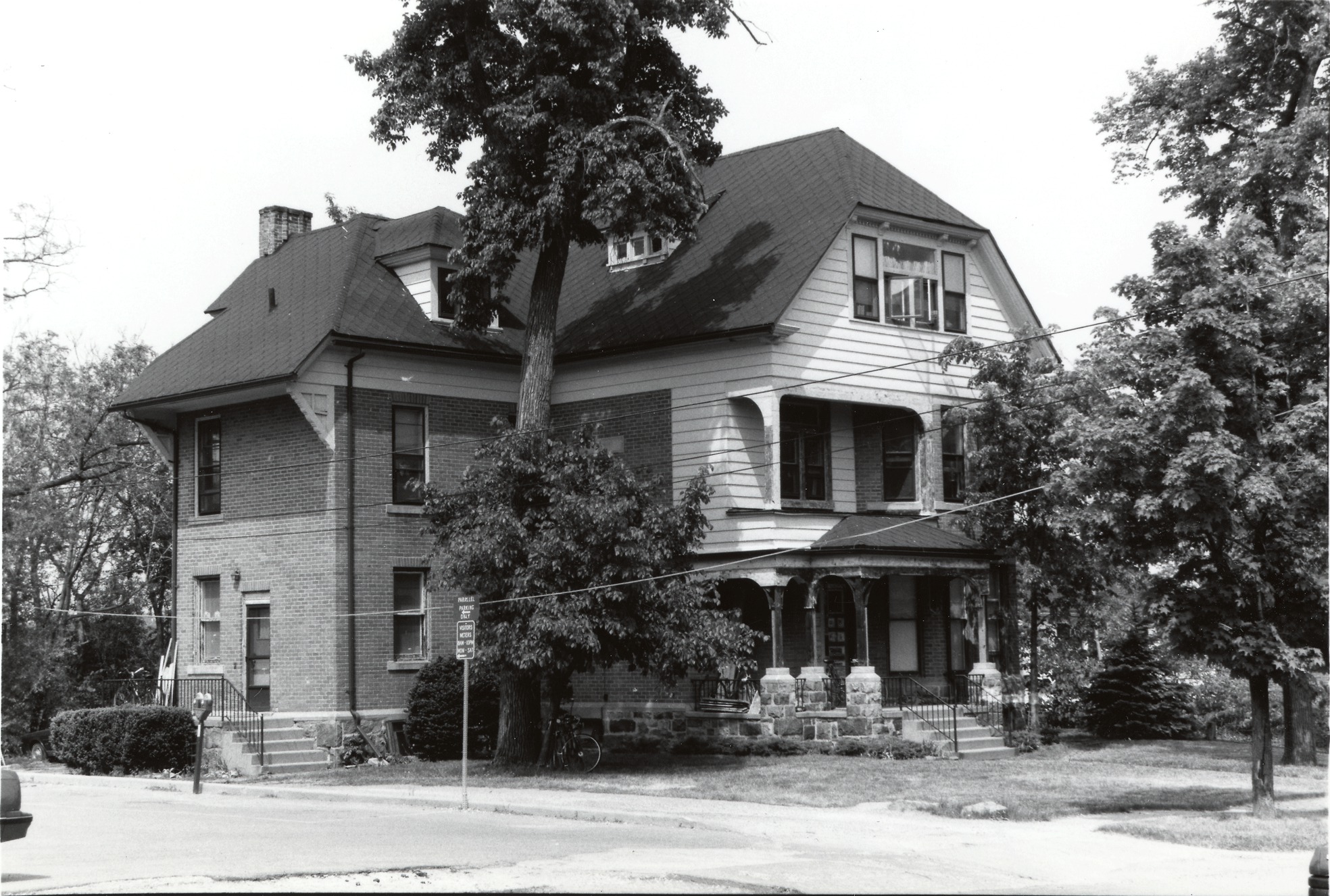 In the 1880s when Wirt Cornwell constructed this brick mansion overlooking the Huron River, he had a magnificent view of an unspoiled countryside. An old photograph shows Cornwell's house with a large fieldstone porch and the new "clipped" or jerkin-head gable which still characterizes this Queen Anne structure today. Although the fieldstone porch was altered in the early 20th century, the house retains much of its original grandeur.

Like many Queen Anne houses from the 1880s, the building is fairly symmetrical with windows and doors of more or less the same size and configuration. Variation occurs in the numerous roof gables and complicated roof lines and in a less boxy floor plan than the earlier Italianate or Greek Revival styles. This house today is one of only two survivors on a street which originally contained 10 spectacular mansions built by Ann Arbor's late 19th century elite.

The Cornwell family owned paper mills in Ann Arbor and Ypsilanti and had large real estate holdings in both towns. Harvey Cornwell, Wirt's father, lived nearby on Ingalls Street in a large house demolished for St. Joseph's Hospital in the early 20th century. He platted his land into Cornwell Place, which he obviously named for himself.

Wirt and Mary Cornwell and their descendants owned the property at 1009 Cornwell Place for nearly 40 years, after which their large house was divided into apartments. The Cornwell name has been perpetuated by the Wirt and Mary Cornwell Prize in Pure Science which is awarded each year by the University of Michigan College of LS&A to students who show "great intellectual curiosity and creative work in pure science." It was established by Irene and Alice M. Cornwell, both University of Michigan graduates, in honor of their parents.