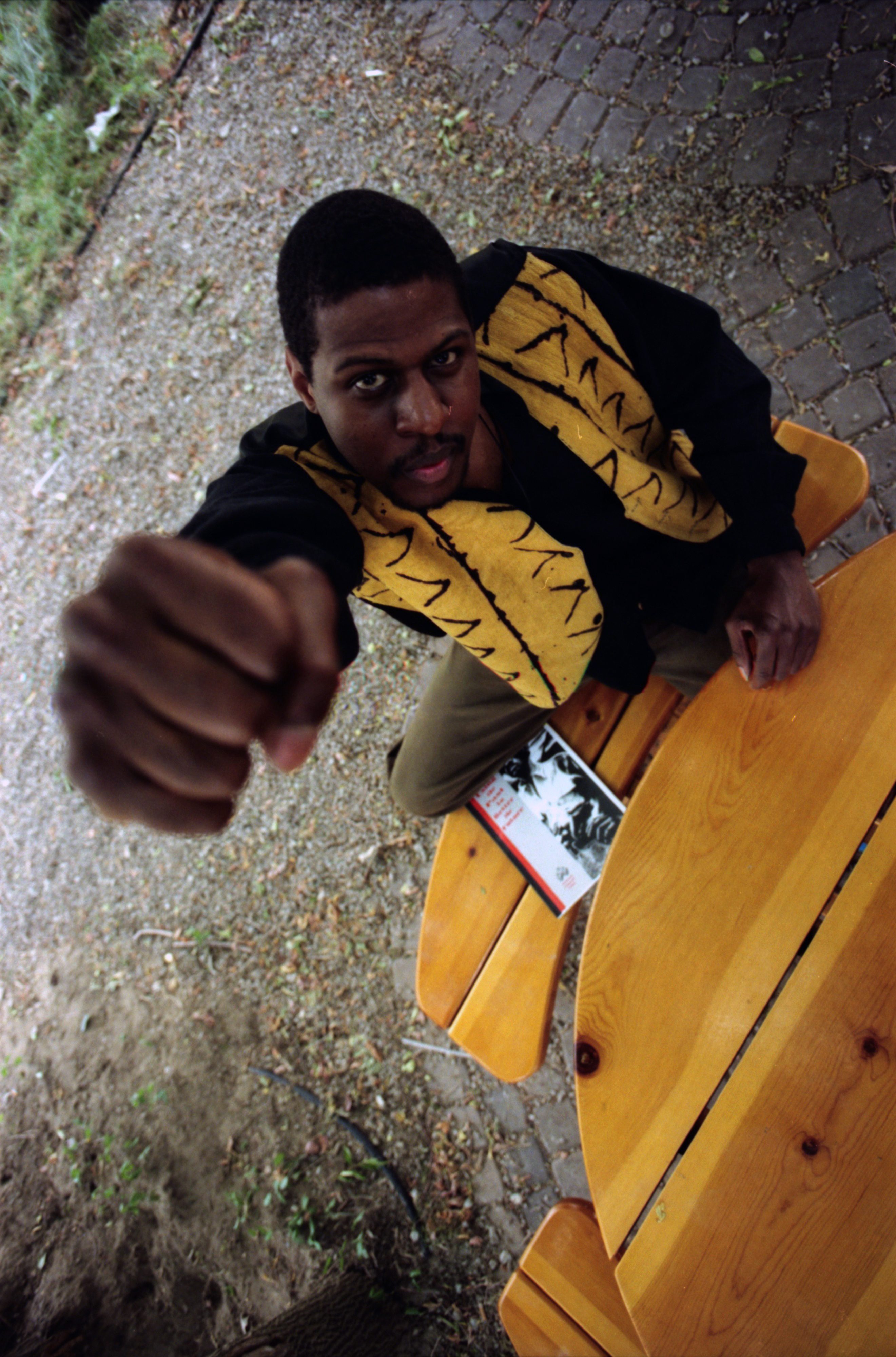 Published In
Ann Arbor News, July 17, 1996
Caption
William James, a professor at Washtenaw Community College, says poetry offers a positive outlet to the youths he teaches at the W.J. Maxey Boys Training School. The work of his students has been collected in an anthology.
Copyright
Copyright Protected 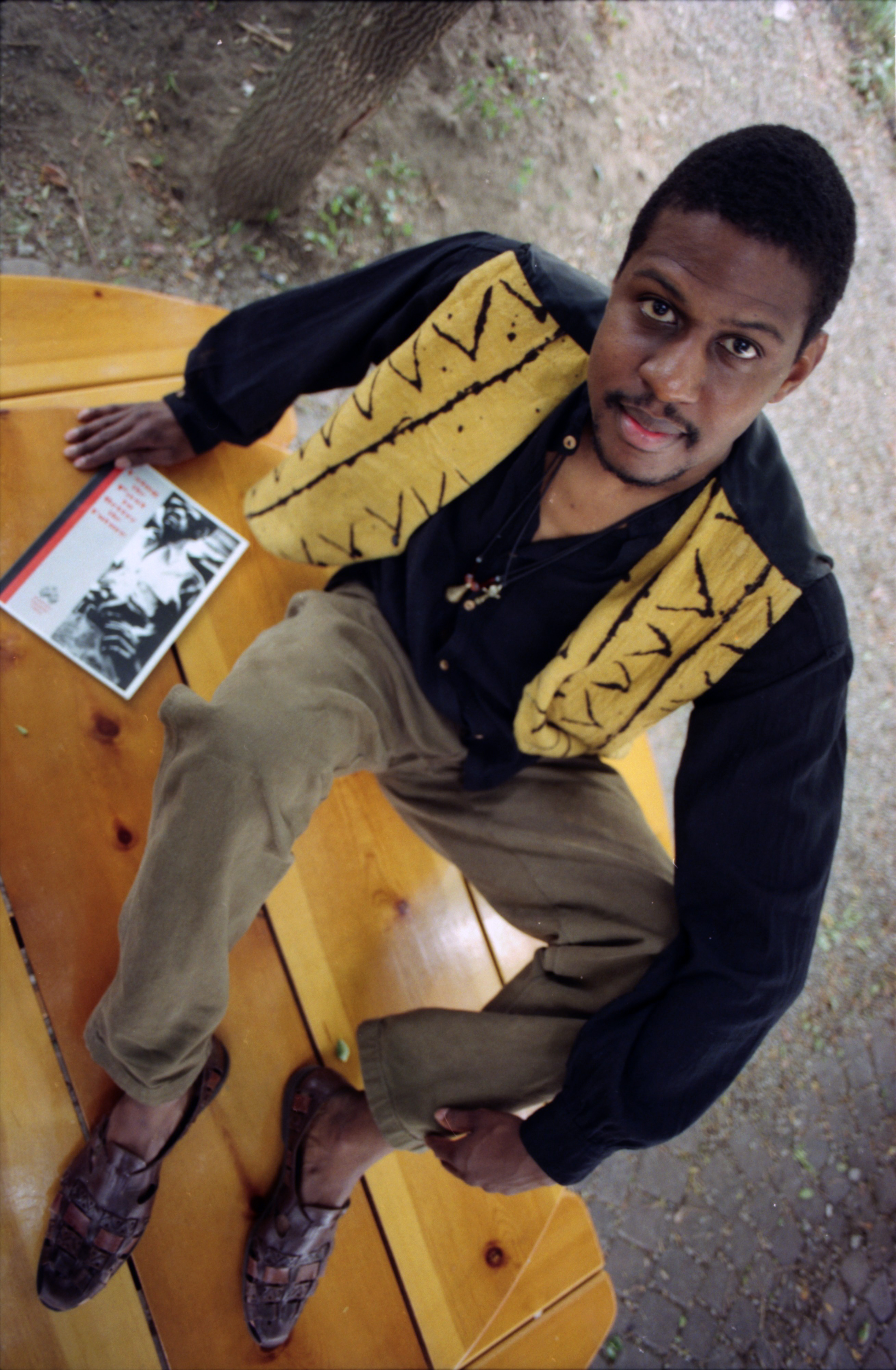 Poet Lorde to read her work 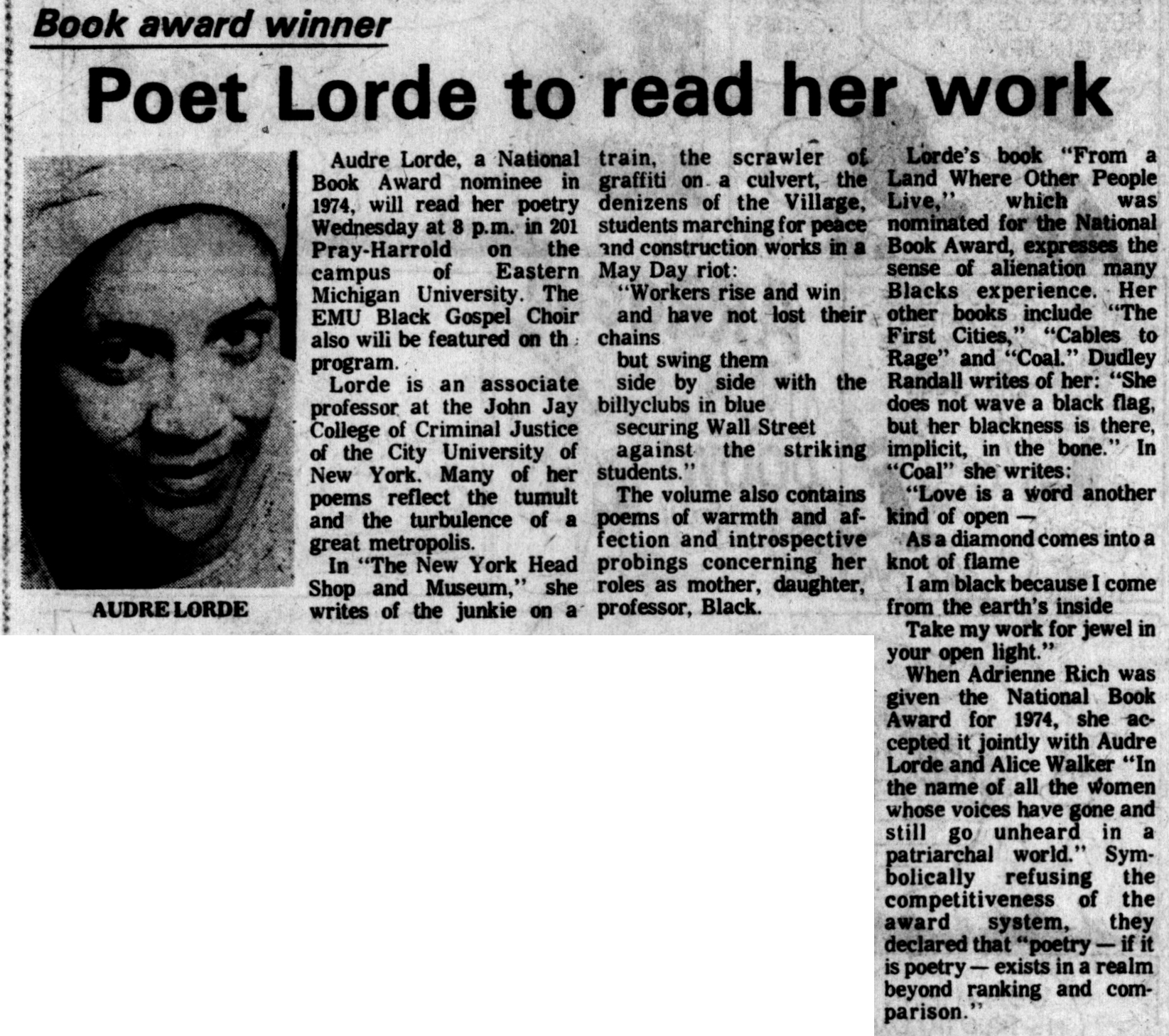 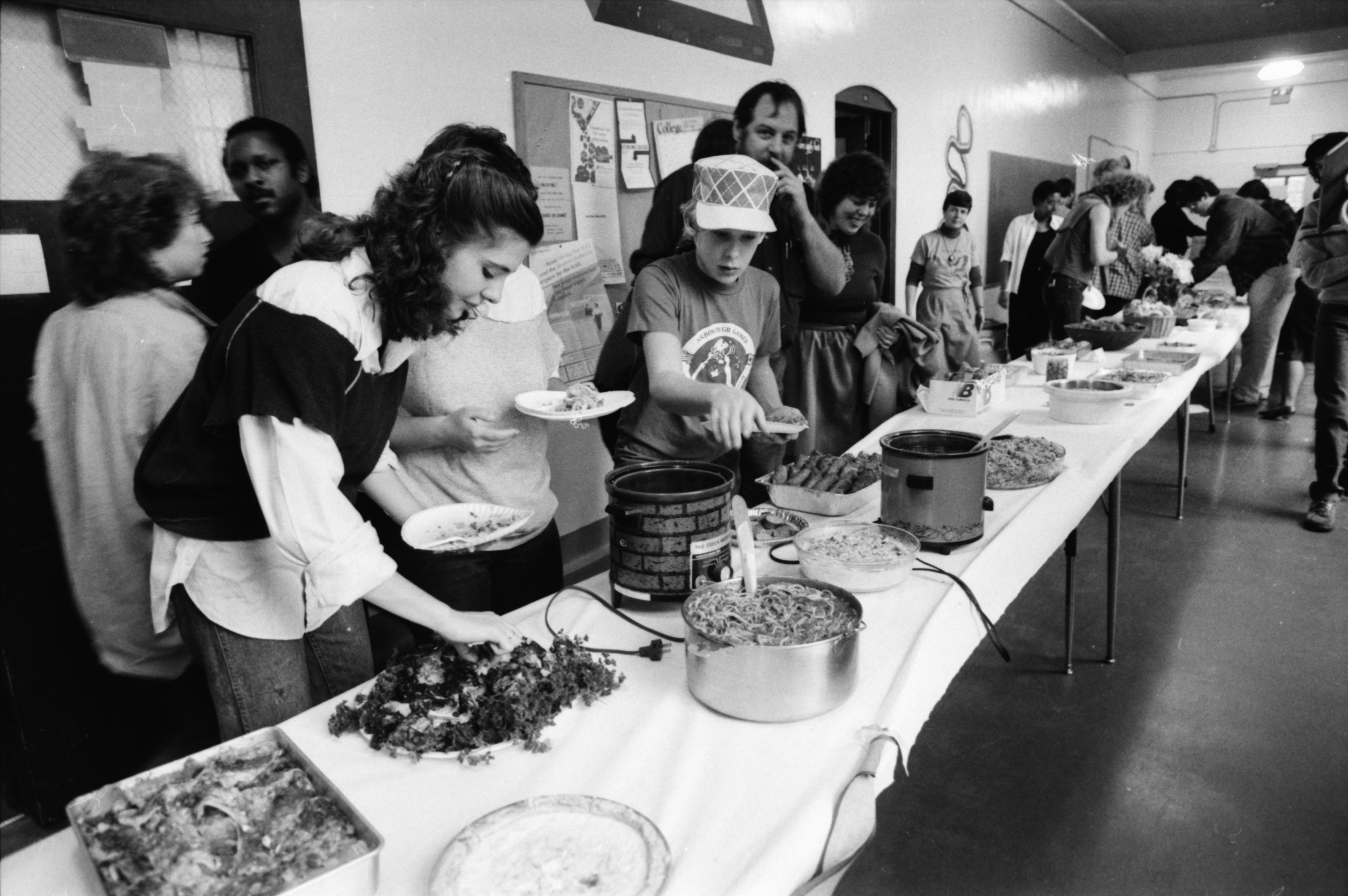 Experience "Before We Remember We Dream"—a performance from the new book of Lao American speculative poetry by Bryan Thao Worra, a 2019 Joyce Fellow and a 2009 National Endowment of the Arts Fellow in Literature.

Bryan Thao Worra's latest collection draws on over 30 years of writing in the Midwest and around the world, covering diverse subjects from CIA Secret Wars to growing up Asian American on the outskirts of Ann Arbor, meditations on Southeast Asian ghosts and mythology, Blade Runner, Buddhist monks and modern romance. And an occasional dinosaur or two.

Bryan Thao Worra is a Minnesota-based writer and the author of over 6 books. The President of the international Science Fiction and Fantasy Poetry Association, he holds over 20 awards for his writing and represented the nation of Laos as a Cultural Olympian during the 2012 London Summer Games. He was appointed by the Governor of Minnesota to the Council on Asian Pacific Minnesotans to advise the state legislature and has presented work for the Smithsonian, the Minneapolis Institute for Art, San Diego Comic Con, the H.P. Lovecraft Film Festival, and the national Southeast Asian American Studies Conference, among others. 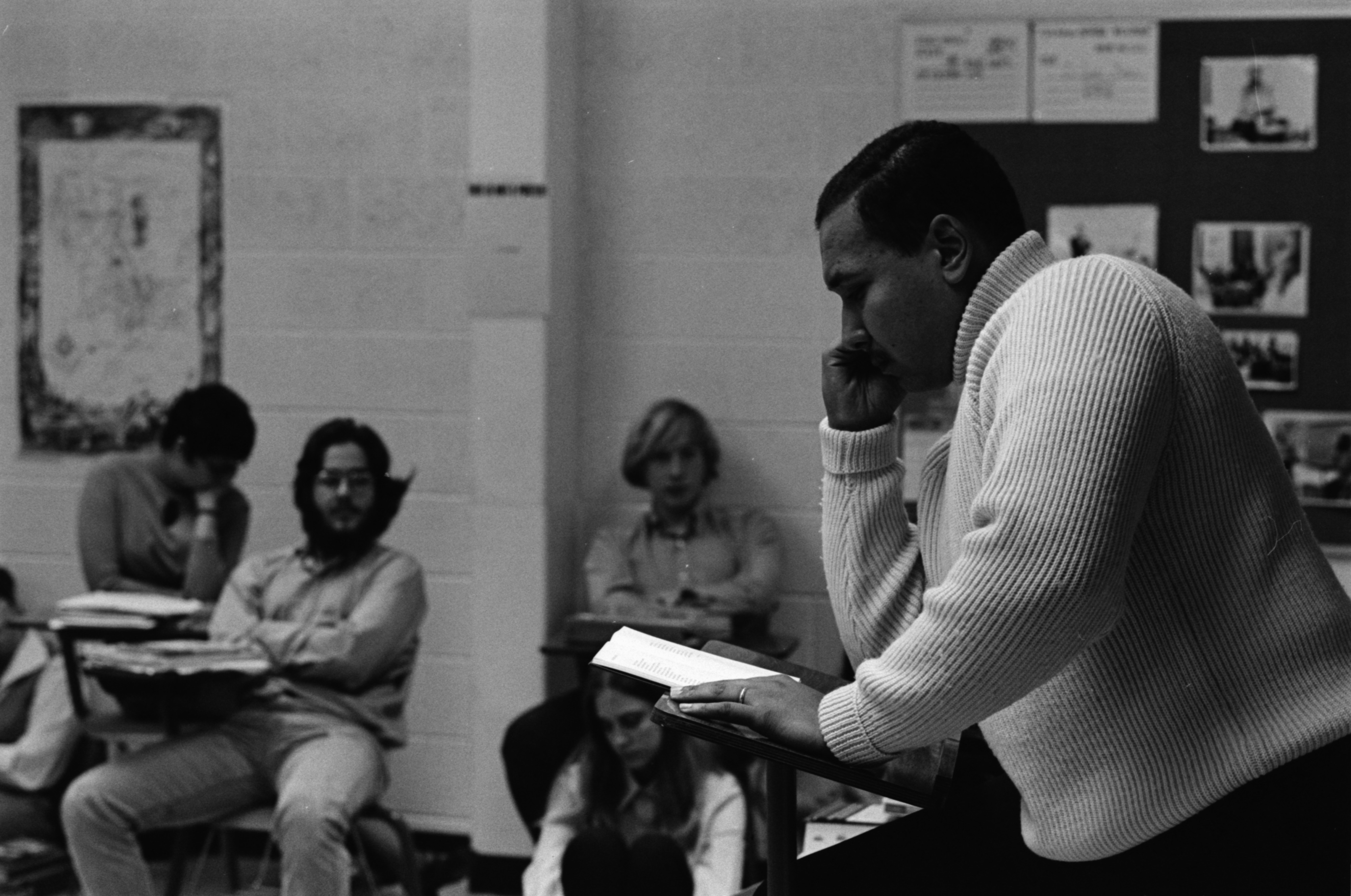 Published In
Ann Arbor News, November 8, 1970
Caption
Black poet Michael Harper, a teacher at California State College at Hayward, was in town this past week to read some of his poetry at Pioneer and Huron High schools and at the University of Michigan. At the high schools, his visit was sponsored by the "Poetry Ann Arbor" group. Several other poets have already done readings this fall at Ann Arbor secondary schools. This photo was taken at Huron High. Harper's first book poetry was published this year and was entitled "Dear John, Dear Coltrane." A second book of poetry is coming out in 1971. Many of Harper's poems have been published in "Poetry," "Poetry Northwest," "Negro Digest," "Southern Review" and other magazines.
Copyright
Copyright Protected 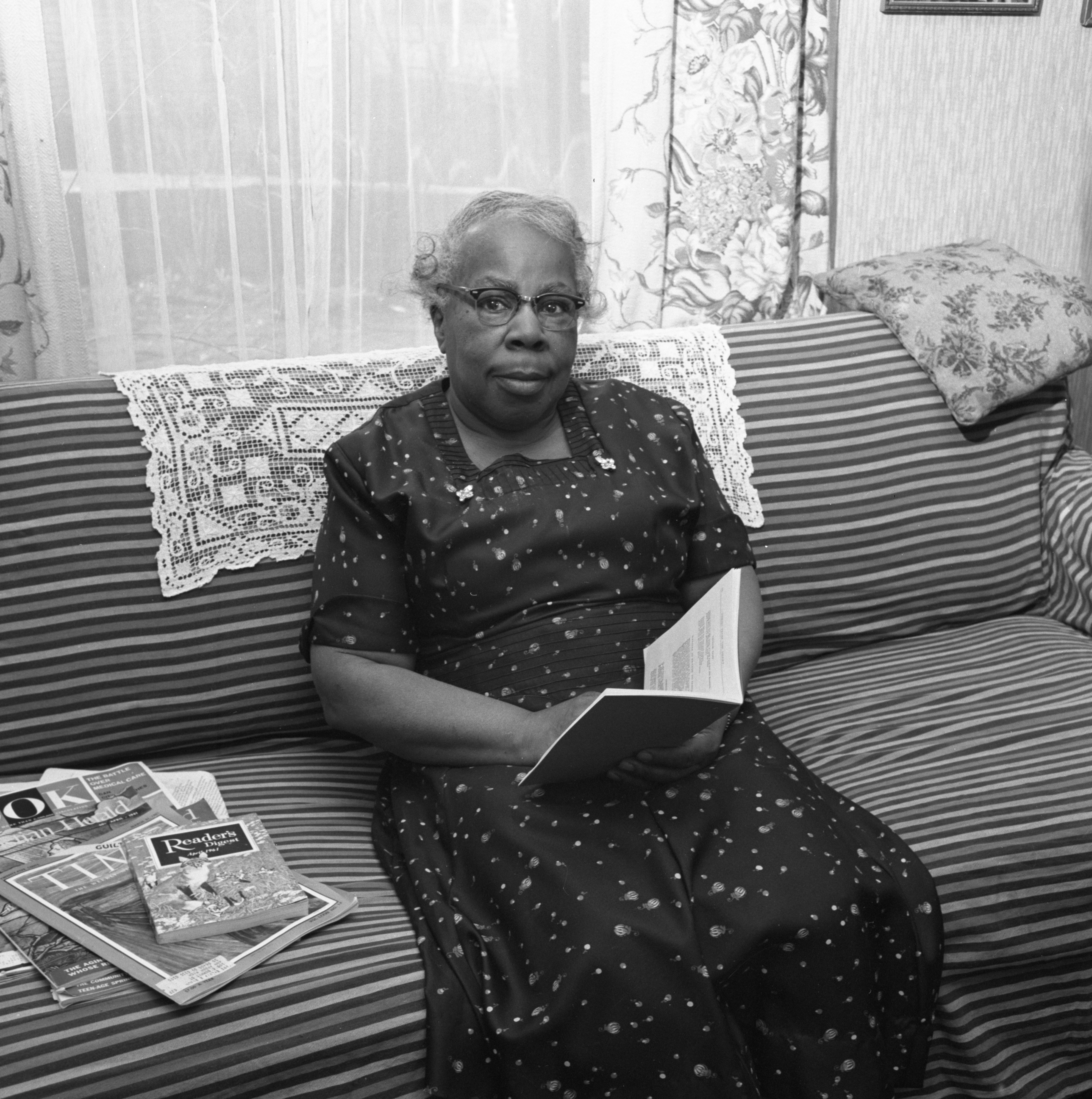 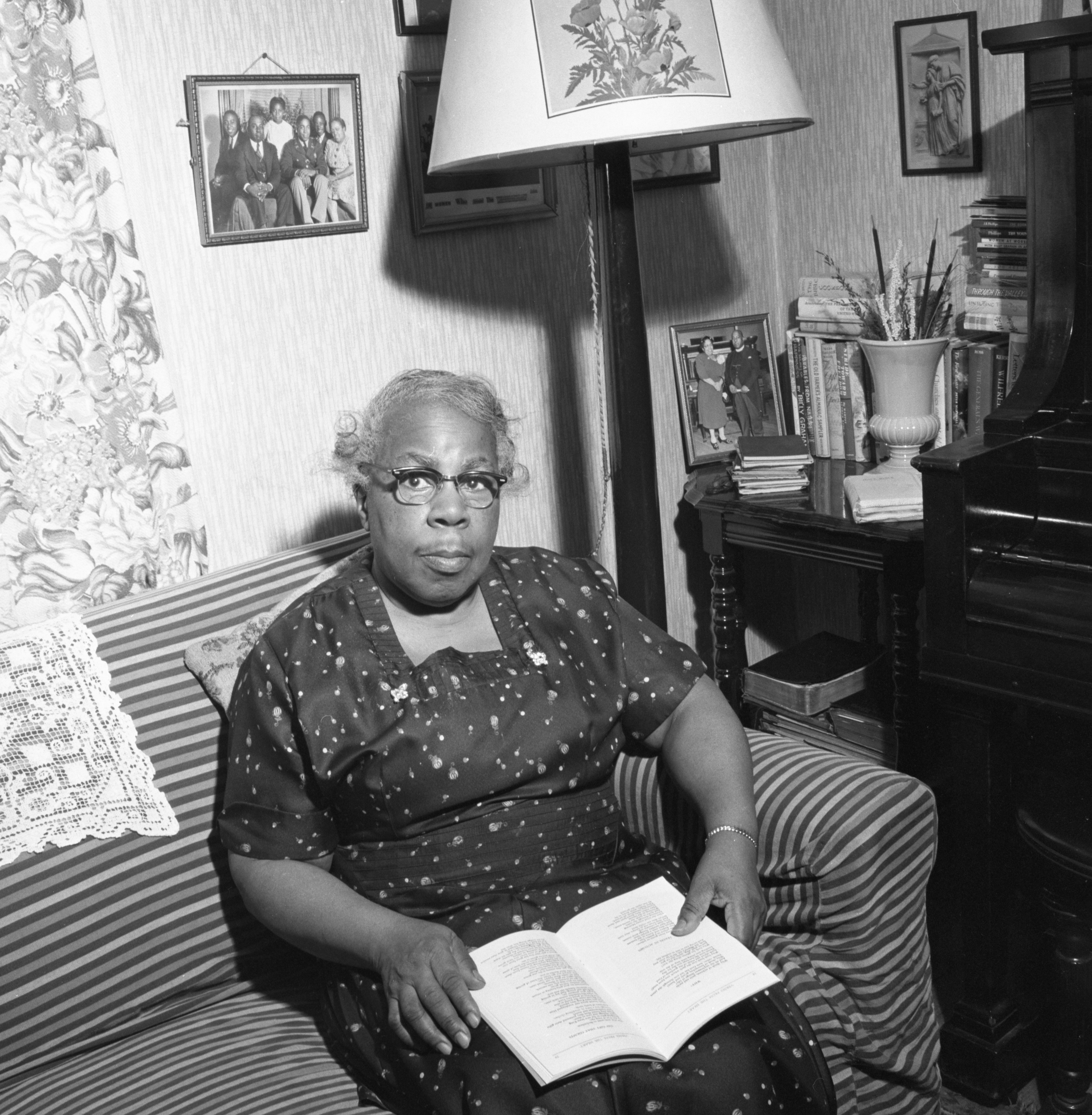 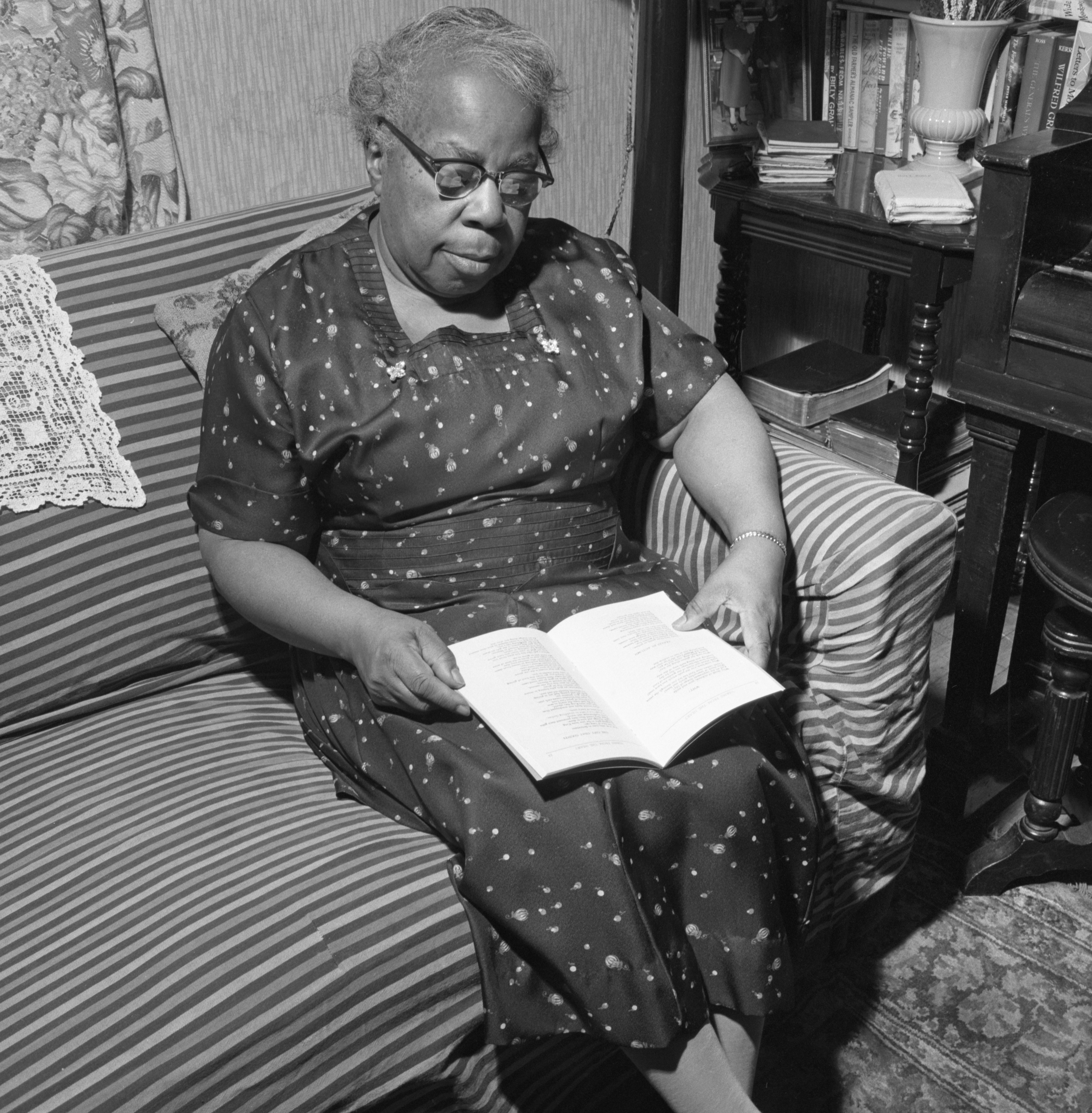 An Invitation To...Know Your Neighbor 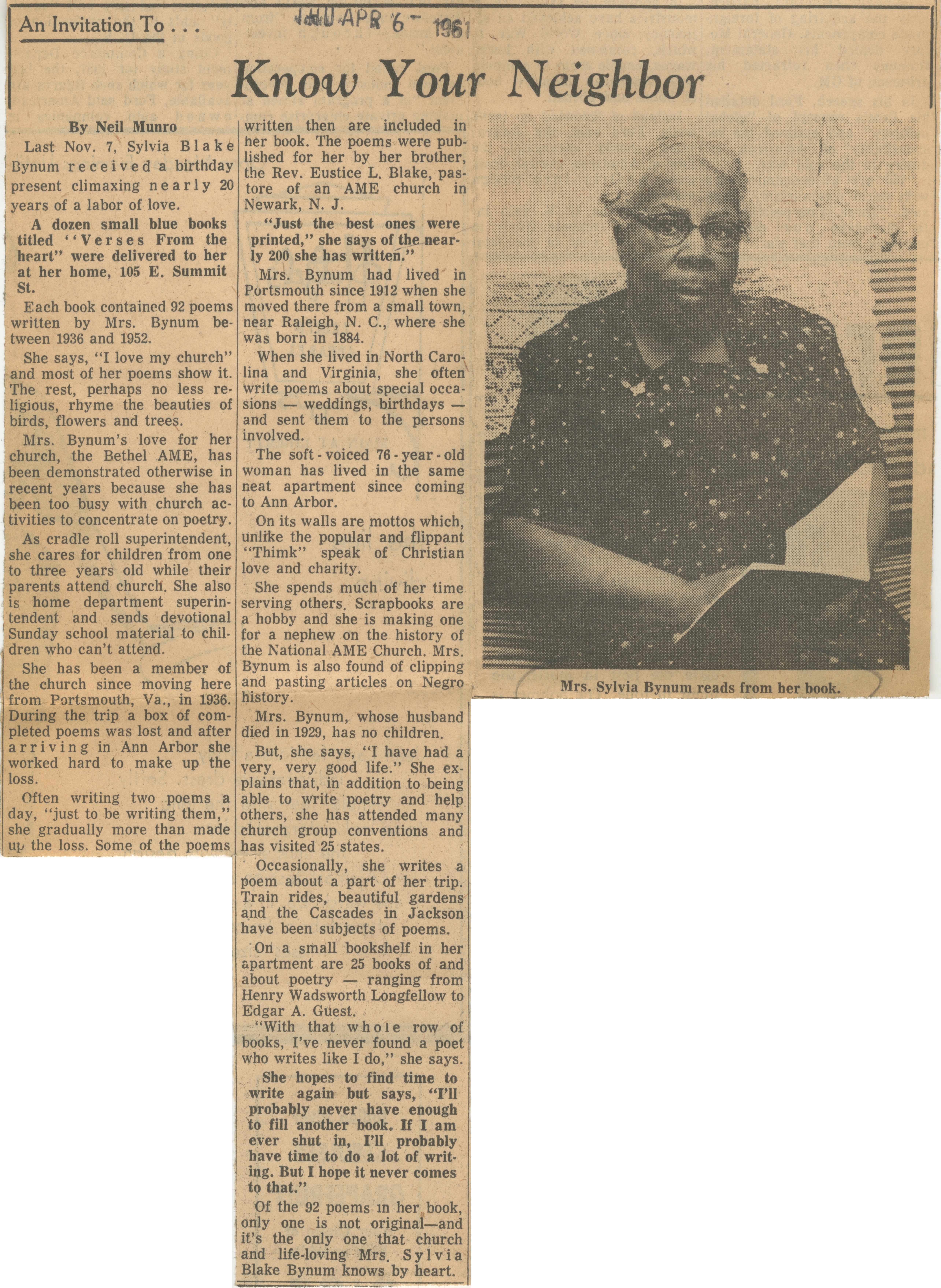