They Board at $1 a Week: from the Ypsilanti Sentinel Commercial, January 30, 1902 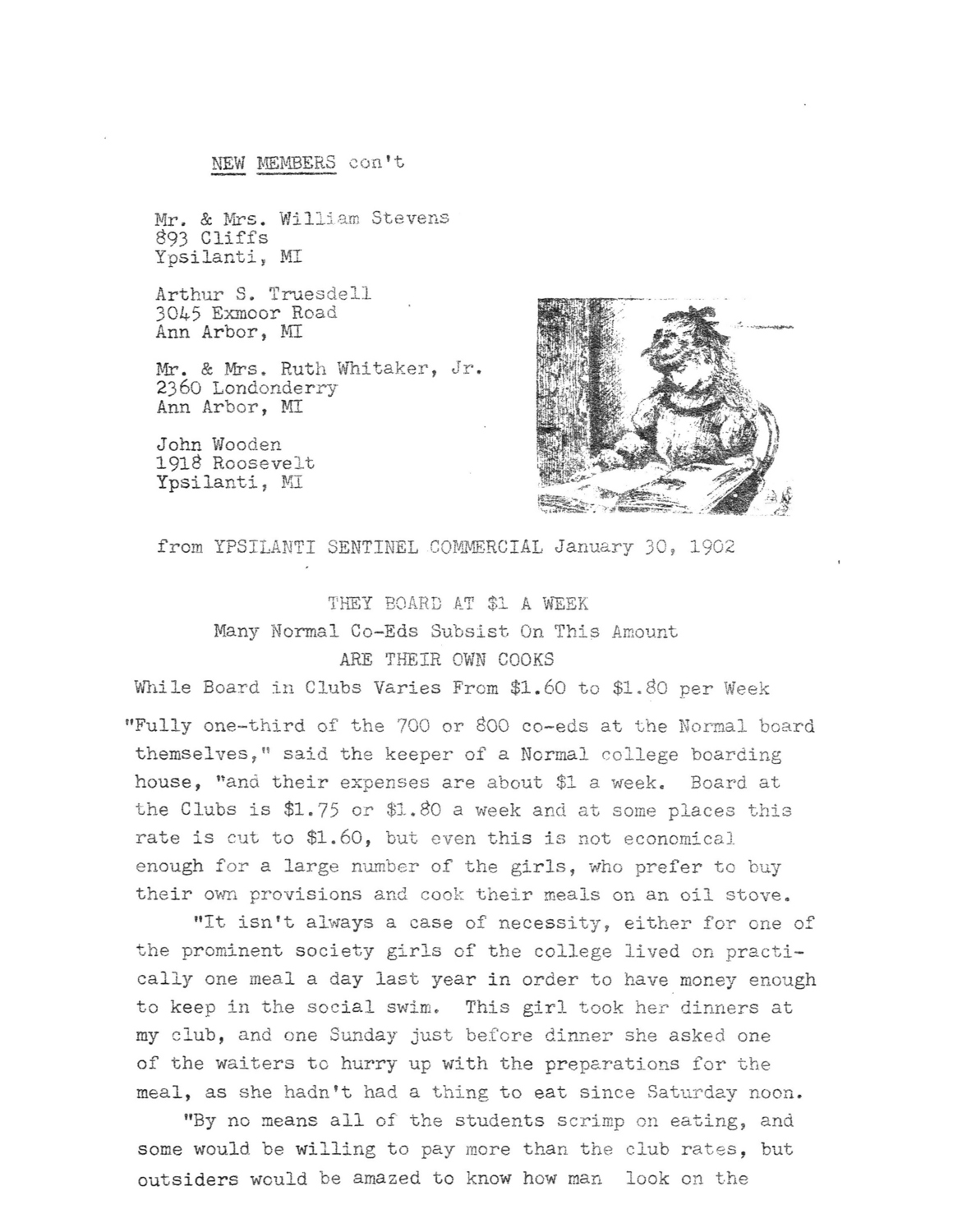 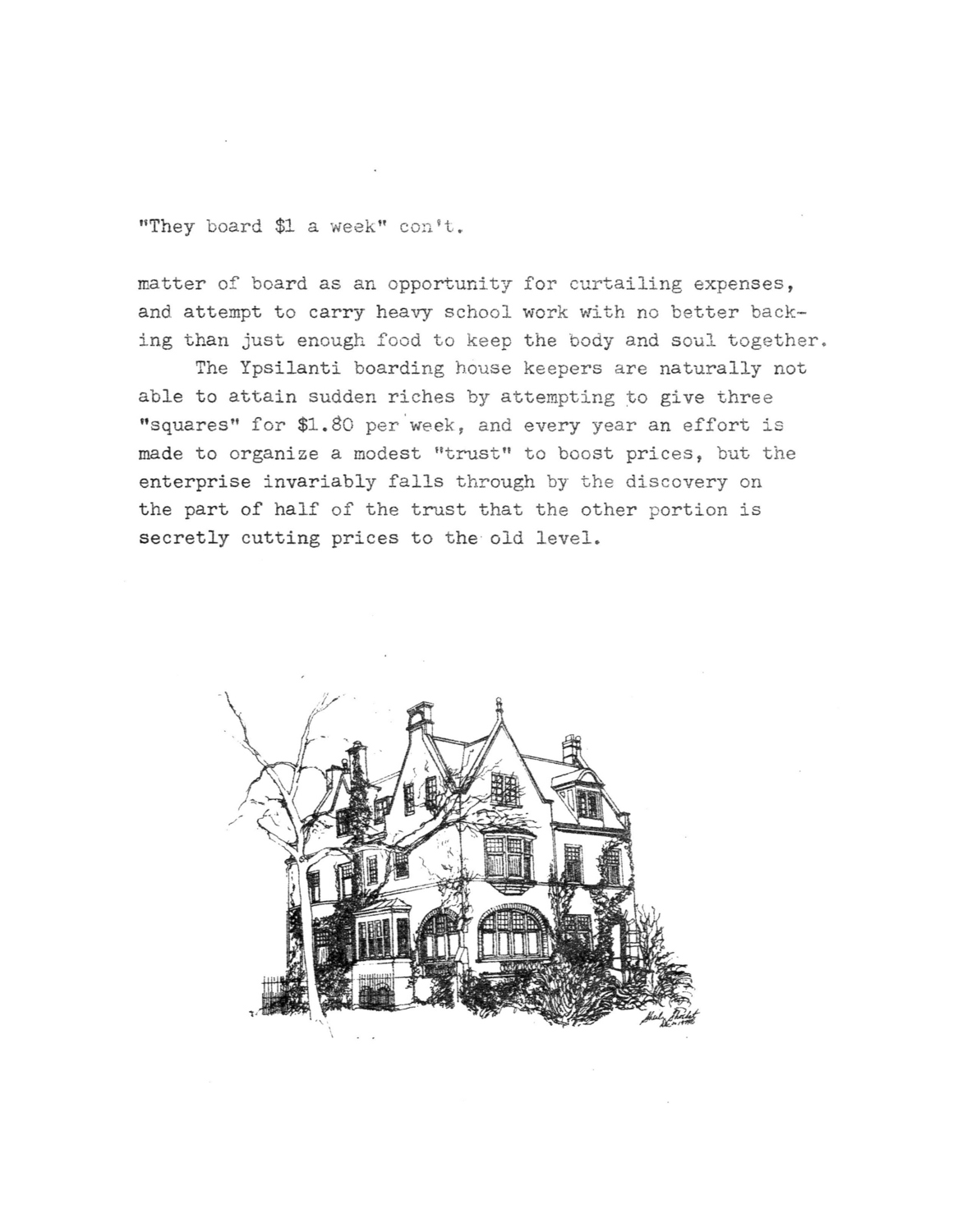 Many Normal co'eds subsist on this amount; Are their own cooks; While board in clubs varies from $1.60 to $1.80 per week

“Fully one-third of the 700 or 800 co-eds at the Normal board themselves,” said the keeper of a Normal college boarding house, “and their expenses are about $1 a week. Board at the Clubs is $1.75 or &$1.80 a week and at some places this rate is cut to $1.60, but even this is not economical enough for a large number of the girls, who prefer to buy their own provisions and cook their meals on an oil stove.

“It isn't always a case of necessity, either for one of the prominent society girls of the college lived on practically one meal a day last year in order to have money enough to keep in the social swim. This girl took her dinners at my club, and one Sunday just before dinner she asked one of the waiters to hurry up with the preparations for the meal, as she hadn't had a thing to eat since Saturday noon.

“By no means all of the students scrimp on eating, and some would be willing to pay more than the club rates, but outsiders would be amazed to know how many look on the matter of board as an opportunity for curtailing expenses, and attempt to carry heavy school work with no better backing than just enough food to keep the body and soul together.

The Ypsilanti boarding house keepers are naturally not able to attain sudden riches by attempting to give three “squares” for $1.80 per week, and every year an effort is made to organize a modest “trust” to boost prices, but the enterprise invariably falls through by the discovery on the part of half of the trust that the other portion is secretly cutting prices to the old level.