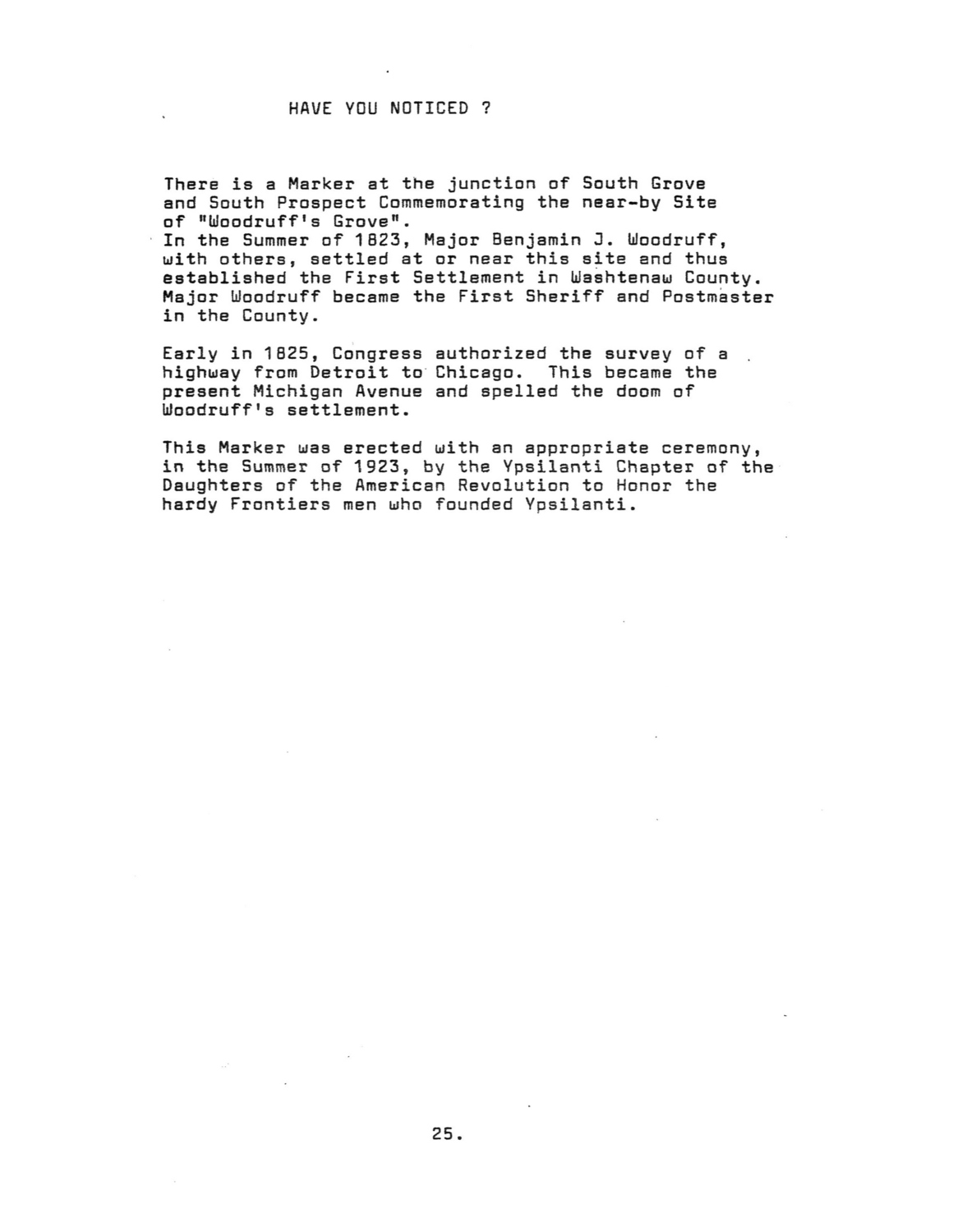 There is a Marker at the junction of South Grove and South Prospect Commemorating the near-by Site of “Woodruff's Grove”.

In the Summer of 1823, Major Benjamin J. Woodruff, with others, settled at or near this site and thus established the First Settlement in Washtenaw County. Major Woodruff became the First Sheriff and Postmaster in the County.

Early in 1825, Congress authorized the survey of a highway from Detroit to Chicago. This became the present Michigan Avenue and spelled the doom of Woodruff's settlement.

This Marker was erected with an appropriate ceremony, in the Summer of 1923, by the Ypsilanti Chapter of the Daughters of the American Revolution to Honor the hardy Frontiers men who founded Ypsilanti.