Have You Ever Noticed? 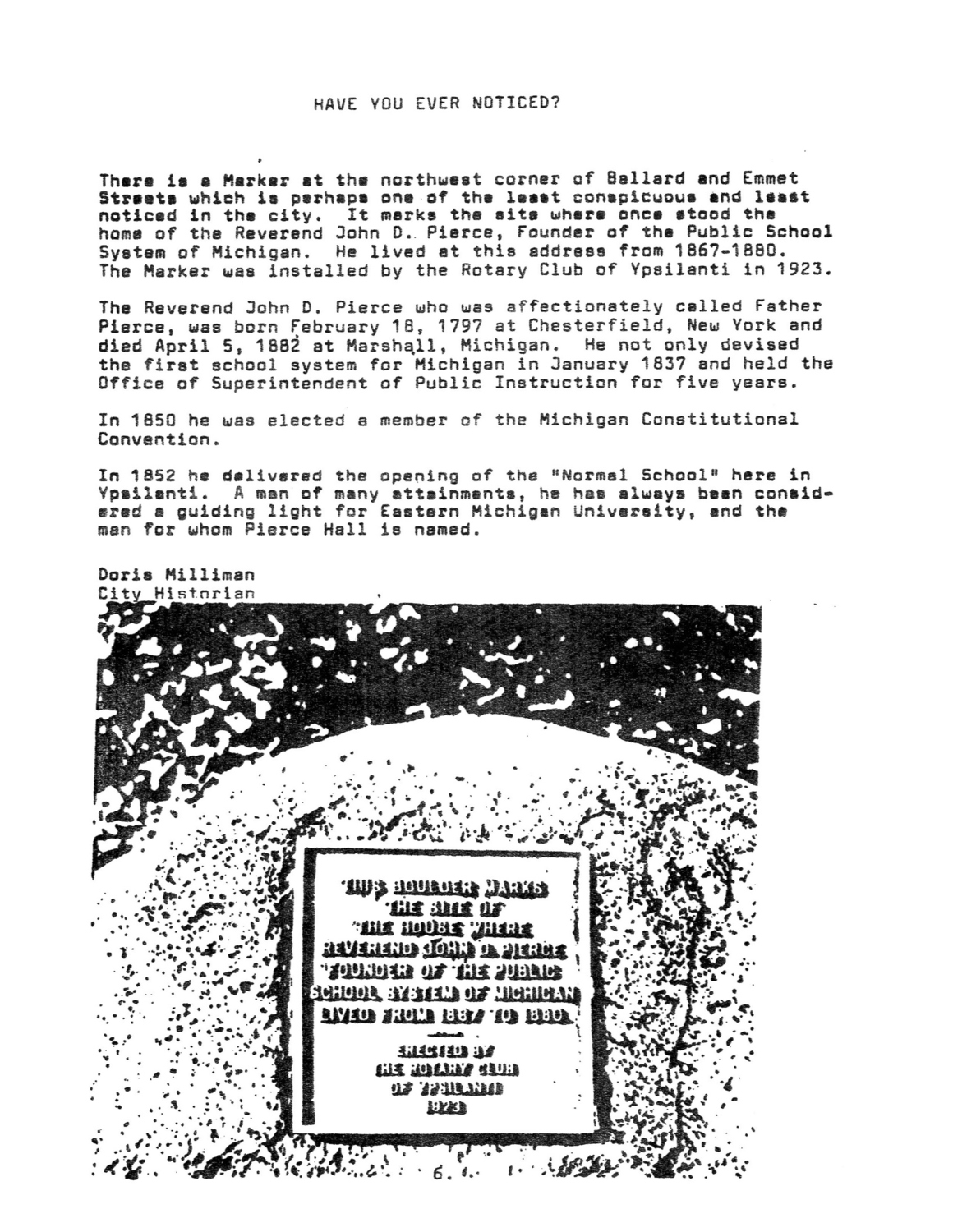 There is a Marker at the northwest corner of Ballard and Emmet Streets which is perhaps one of the least conspicuous and least noticed in the city. It marks the site where once stood the home of the Reverend John D. Pierce, Founder of the Public School System of Michigan. He lived at this address from 1867–1880.

The Marker was installed by the Rotary Club of Ypsilanti in 1923.

The Reverend John D. Pierce who was affectionately called Father Pierce, was born February 18, 1797 at Chasterfield, New York and died April 5, 1882 at Marshall, Michigan. He not only devised the first school system for Michigan in January 1837 and held the Office of Superintendent of Public Instruction for five years.

In 1850 he was elected a member of the Michigan Constitutional Convention.

In 1852 he delivered the opening of the “Normal School” here in Ypsilanti. A man of many attainments, he has always been considered a guiding light for Eastern Michigan University, and the man for whom Pierce Hall is named.