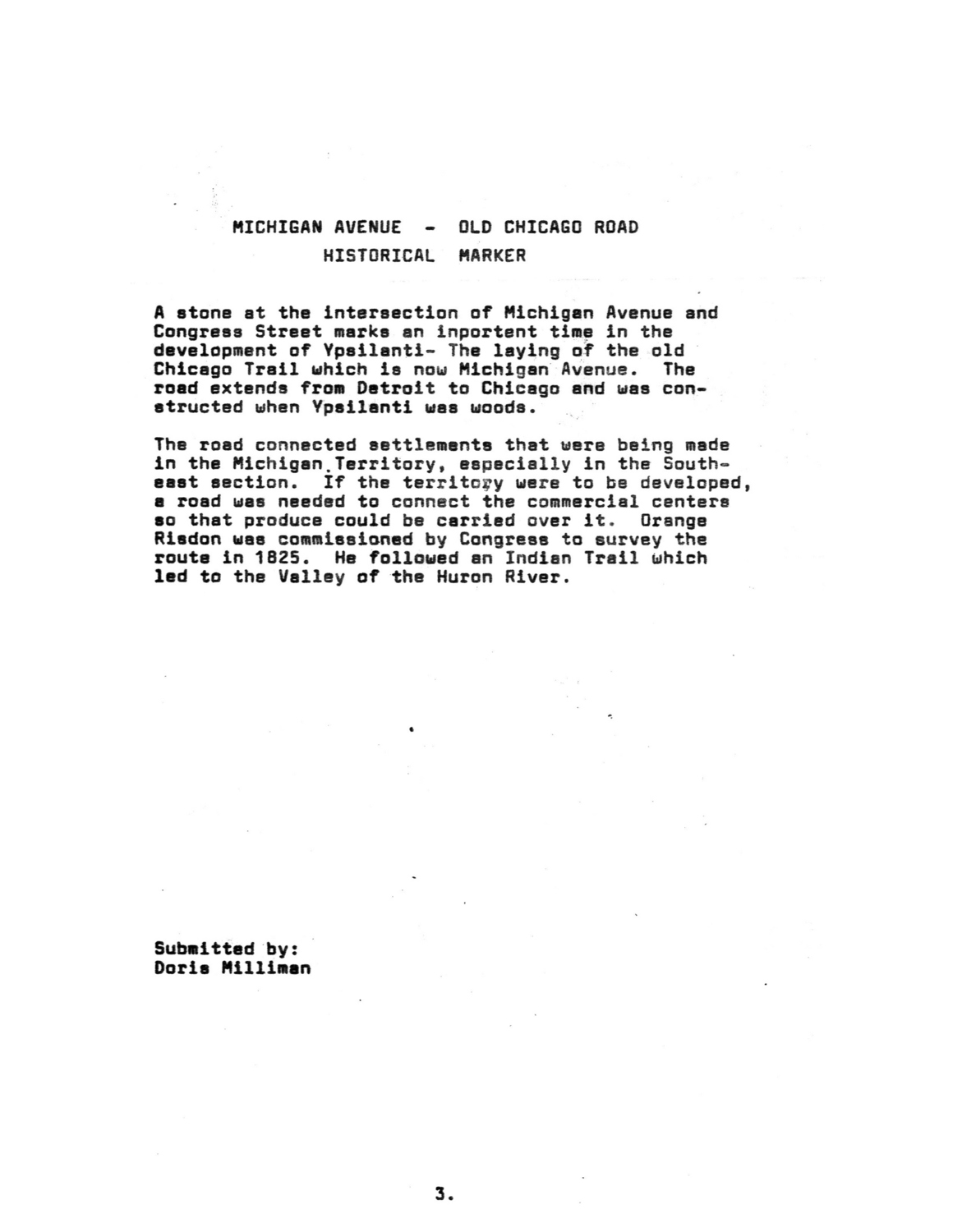 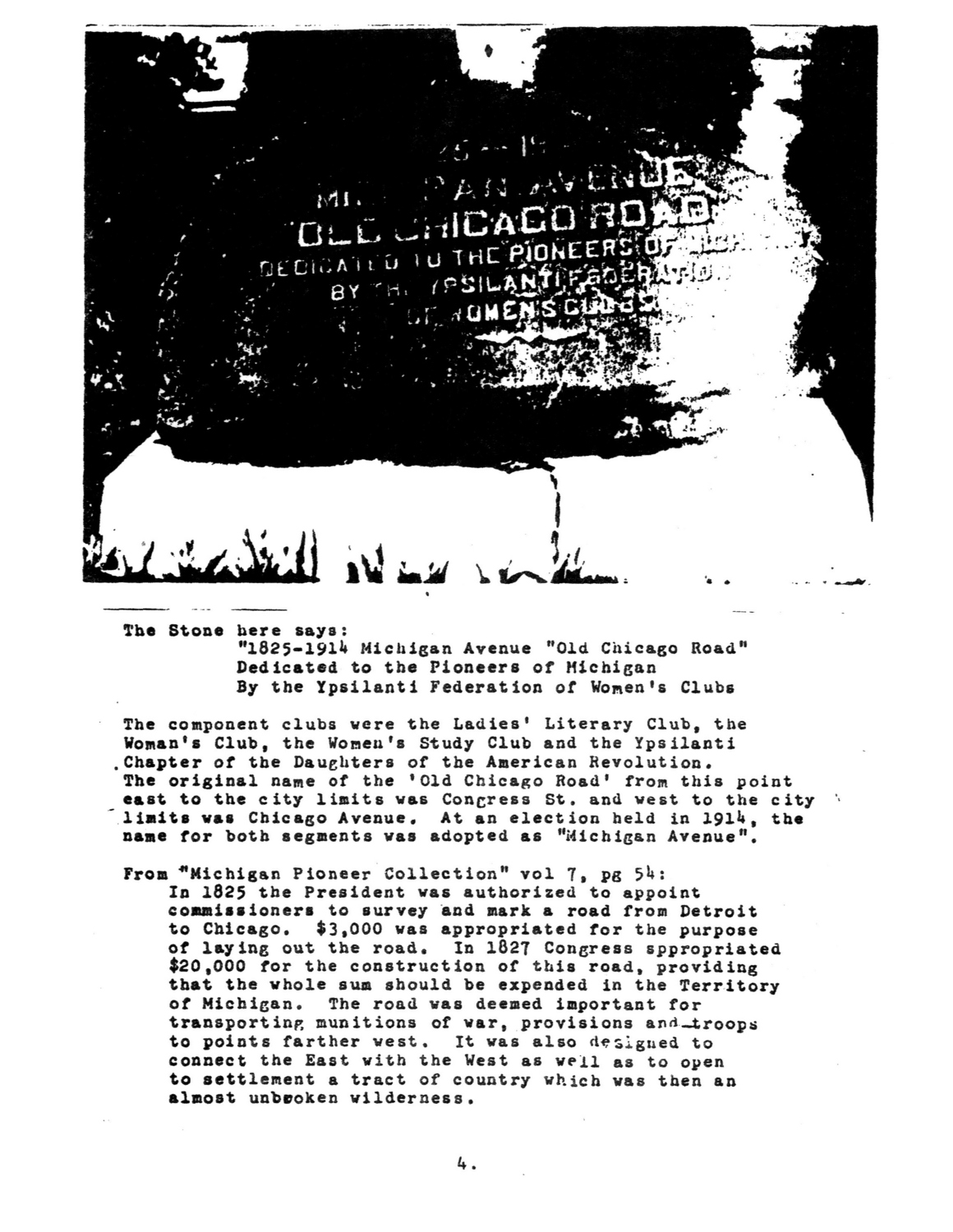 A stone at the intersection of Michigan Avenue and Congress Street marks an inportent time in the development of Ypsilanti-The laying of the old Chicago Trail which is now Michigan Avenue. The road extends from Detroit to Chicago and was con-structed when Ypsilanti was woods.

The road connected settlements that were being made in the Michigan Territory, especially in the South-east section. If the territory were to be developed, a road was needed to connect the commercial centers so that produce could be carried over it. Orange Risdon was commissioned by Congress to survey the route in 1825. He followed an Indian Trail which led to the Valley of the Huron River.

The component clubs were the Ladies Literary Club, the Woman's Club, the Women's Study Club and the Ypsilanti Chapter of the Daughters of the American Revolution. The original name of the ‘Old Chicago Road’ from this point east to the city limits was Congress St. and west to the city limits was Chicago Avenue. At an election held in 1914, the name for both segments was adopted as “Michigan Avenue”.

In 1825 the President was authorized to appoint commissioners to survey and mark a road from Detroit to Chicago. $3,000 was appropriated for the purpose of laying out the road. In 1827 Congress appropriated $20,000 for the construction of this road, providing that the whole sum should be expended in the Territory of Michigan. The road was deemed important for transporting munitions of war, provisions and-troops to points farther west. It was also designed to connect the East with the West as well as to open to settlement a tract of country which was then an almost unbroken wilderness.