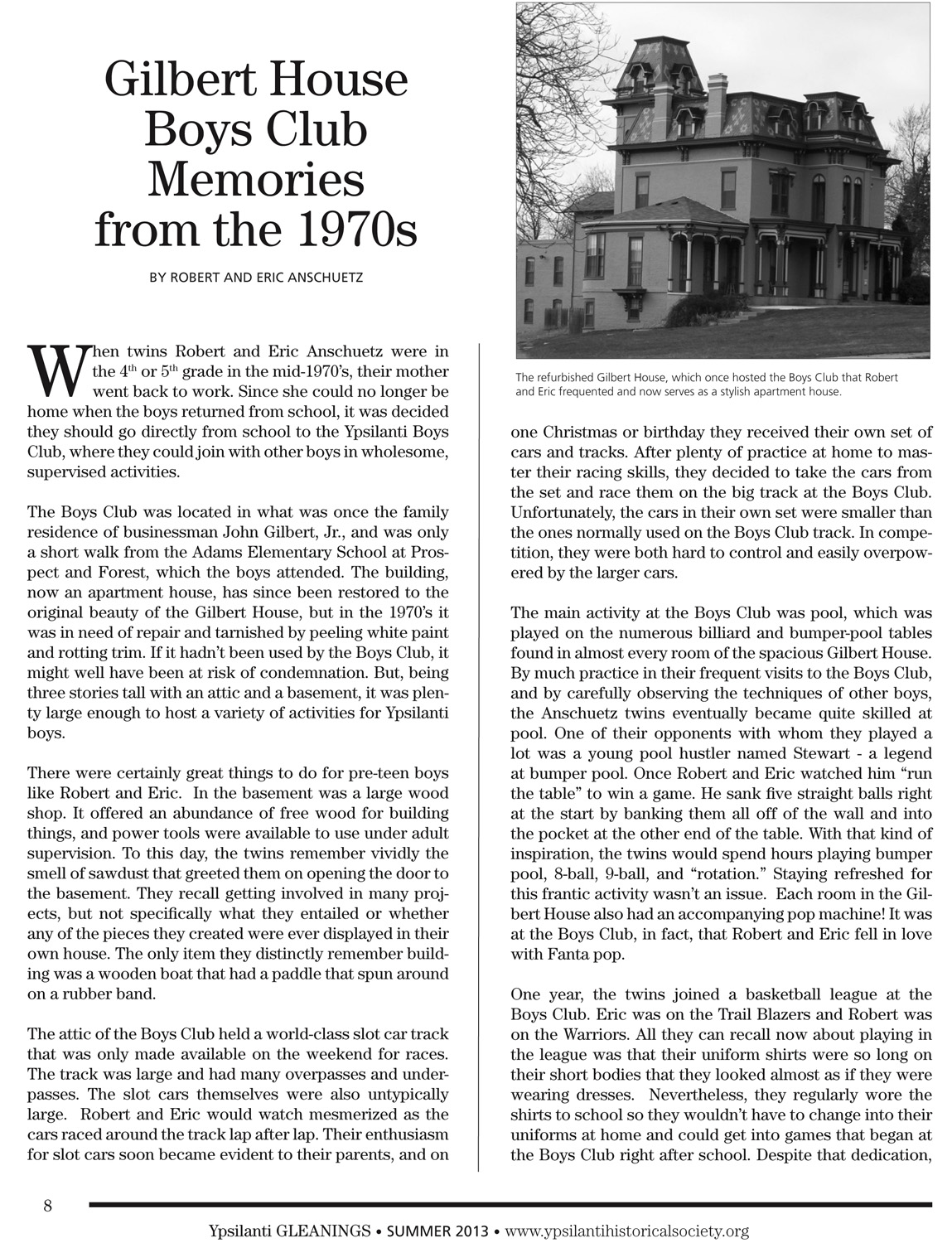 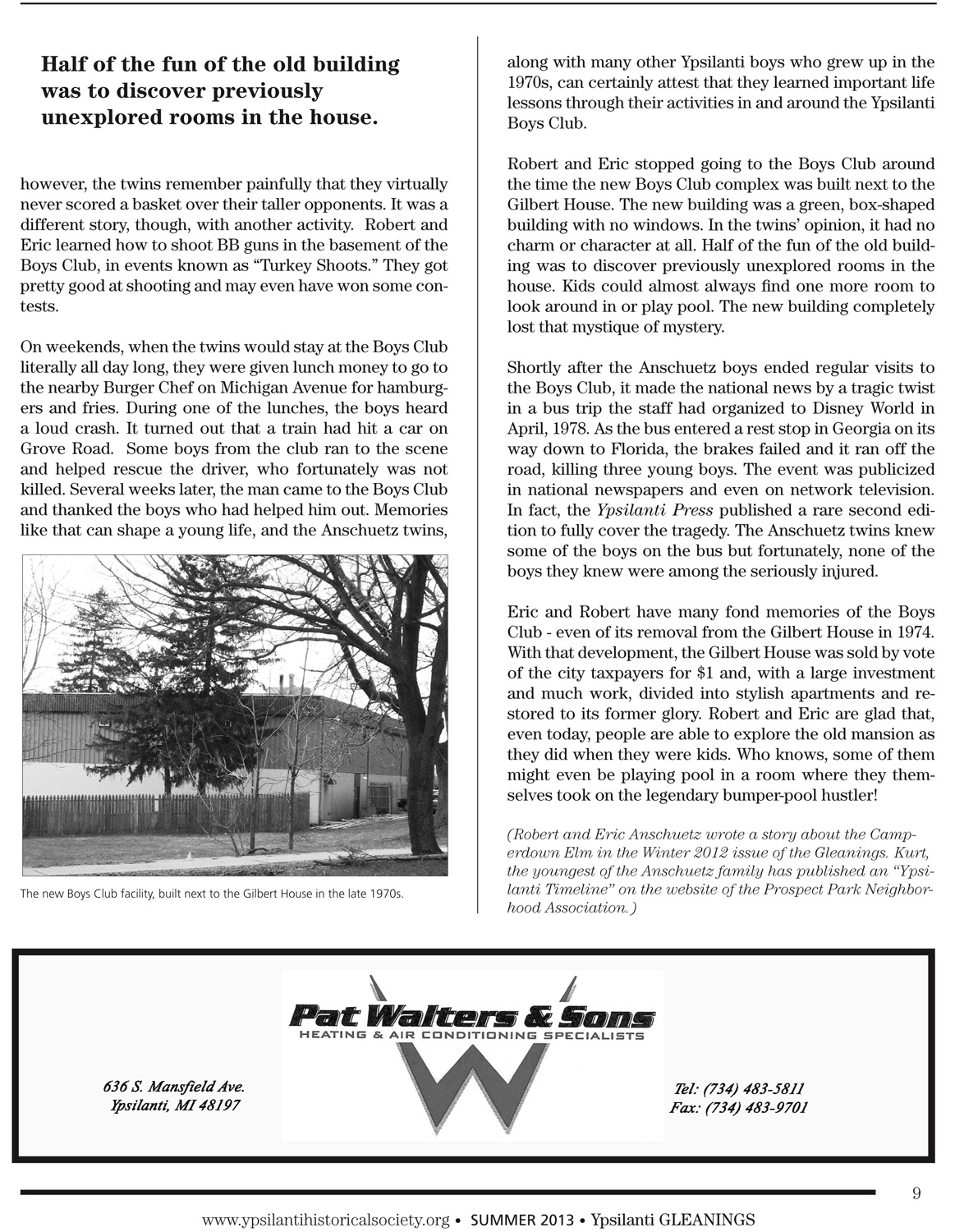 Photo Captions: 1. The refurbished Gilbert House, which once hosted the Boys Club that Robert and Eric frequented, now serves as a stylish apartment house.

2. The new Boys Club facility, built next to the Gilbert House in the late 1970s.