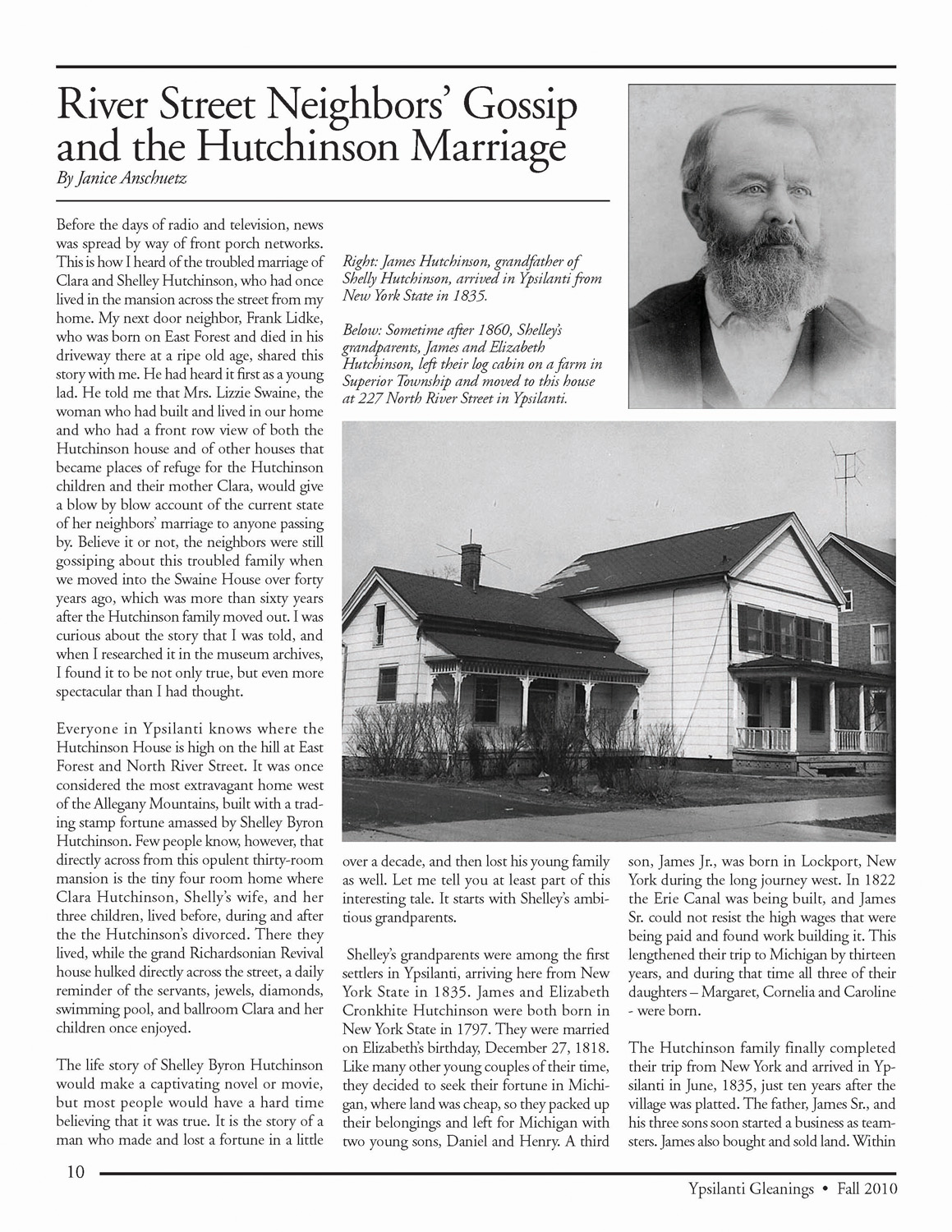 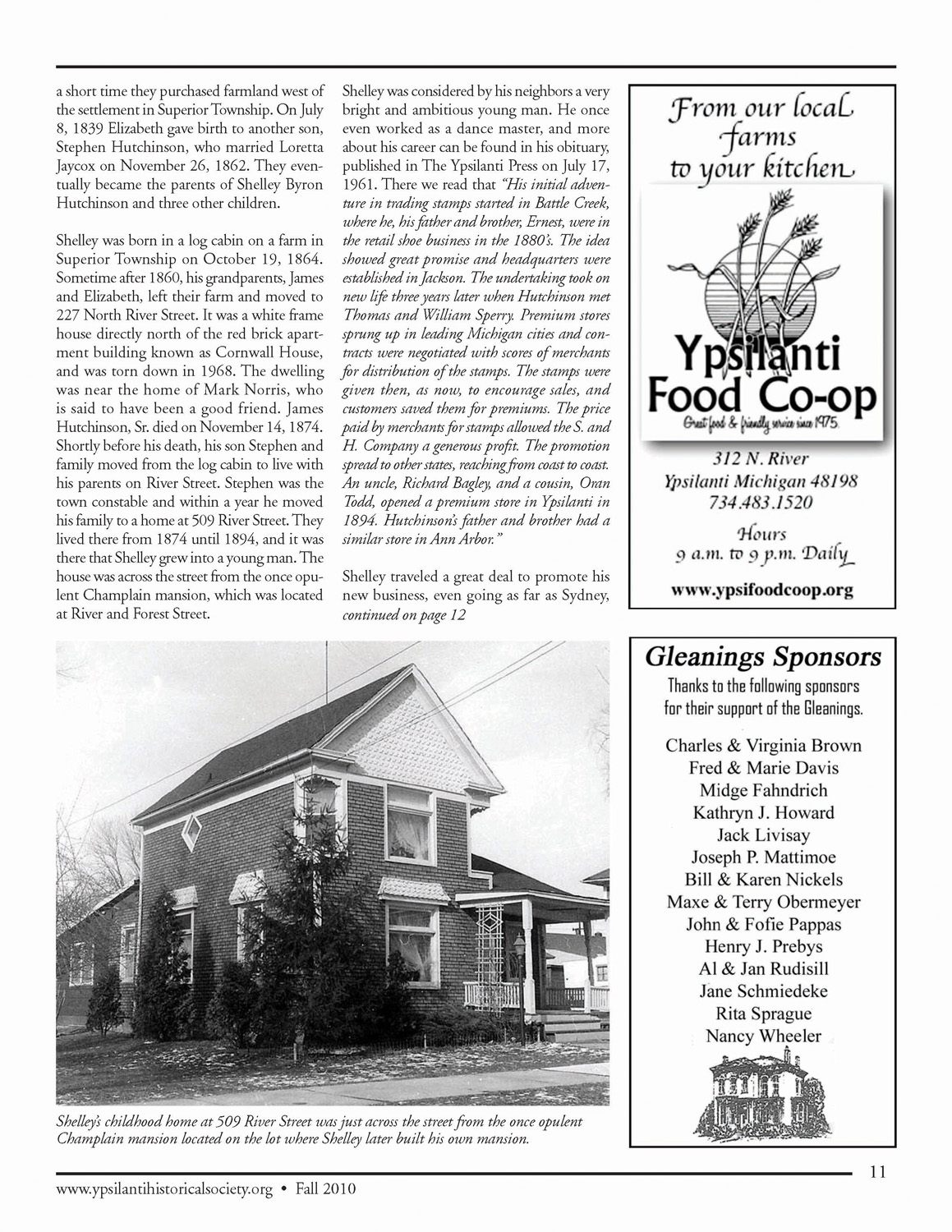 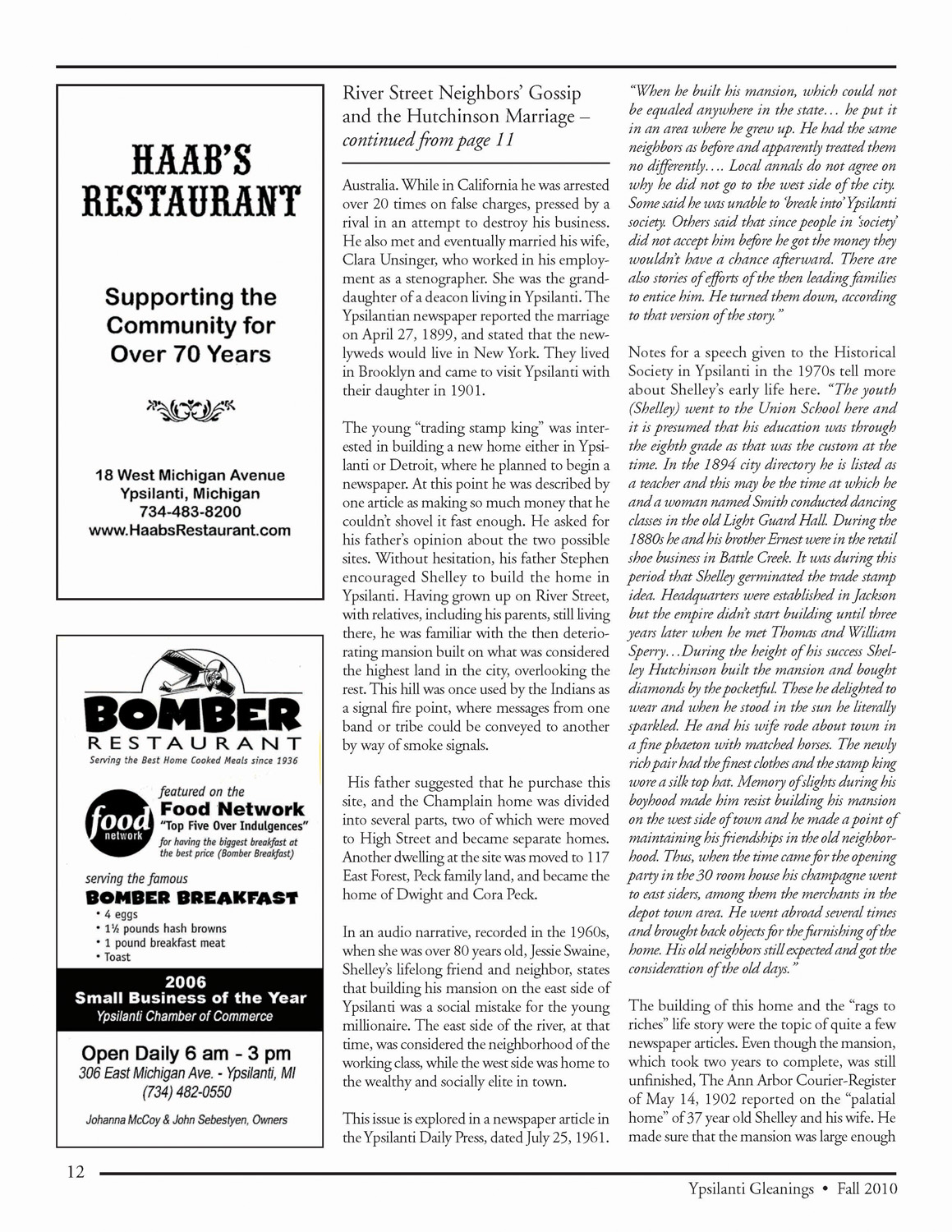 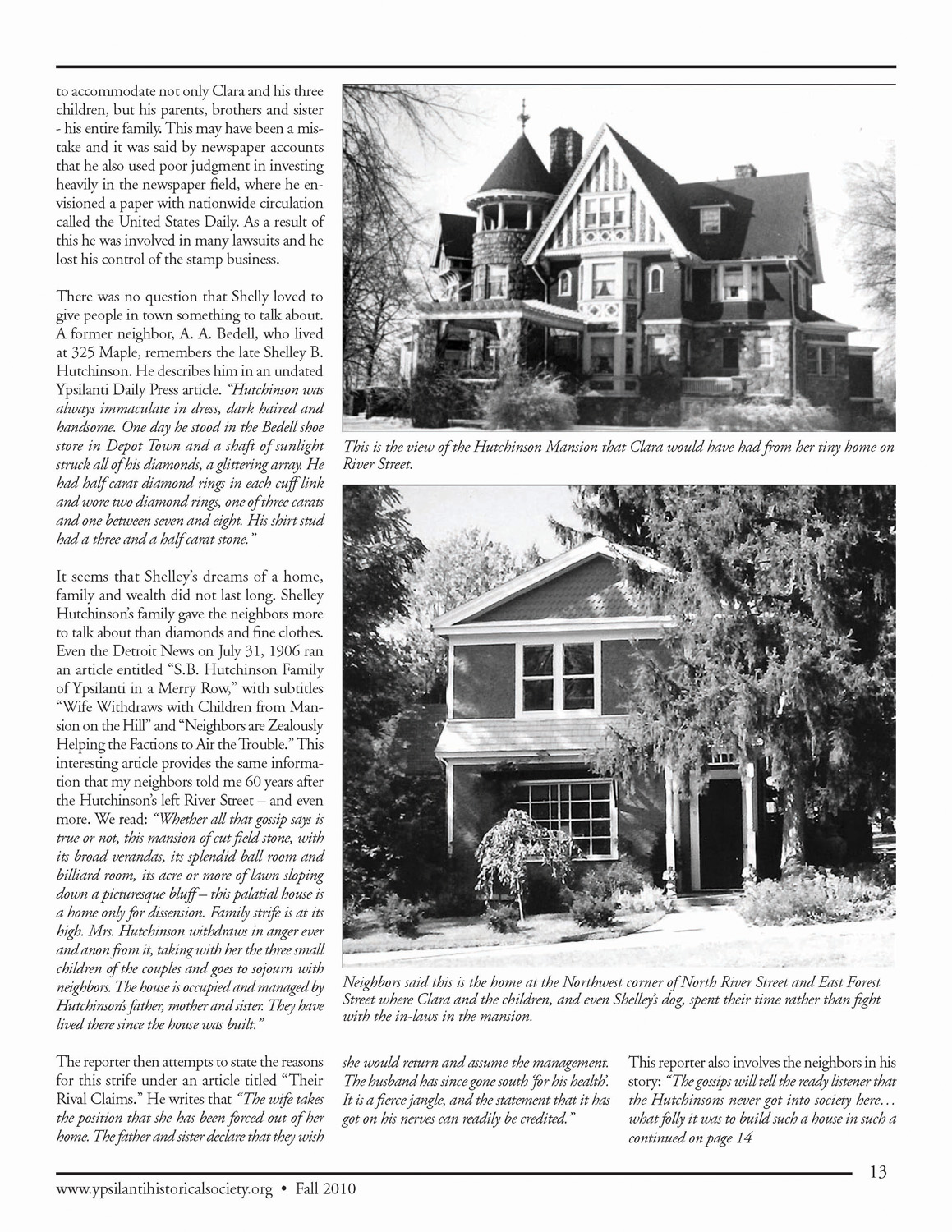 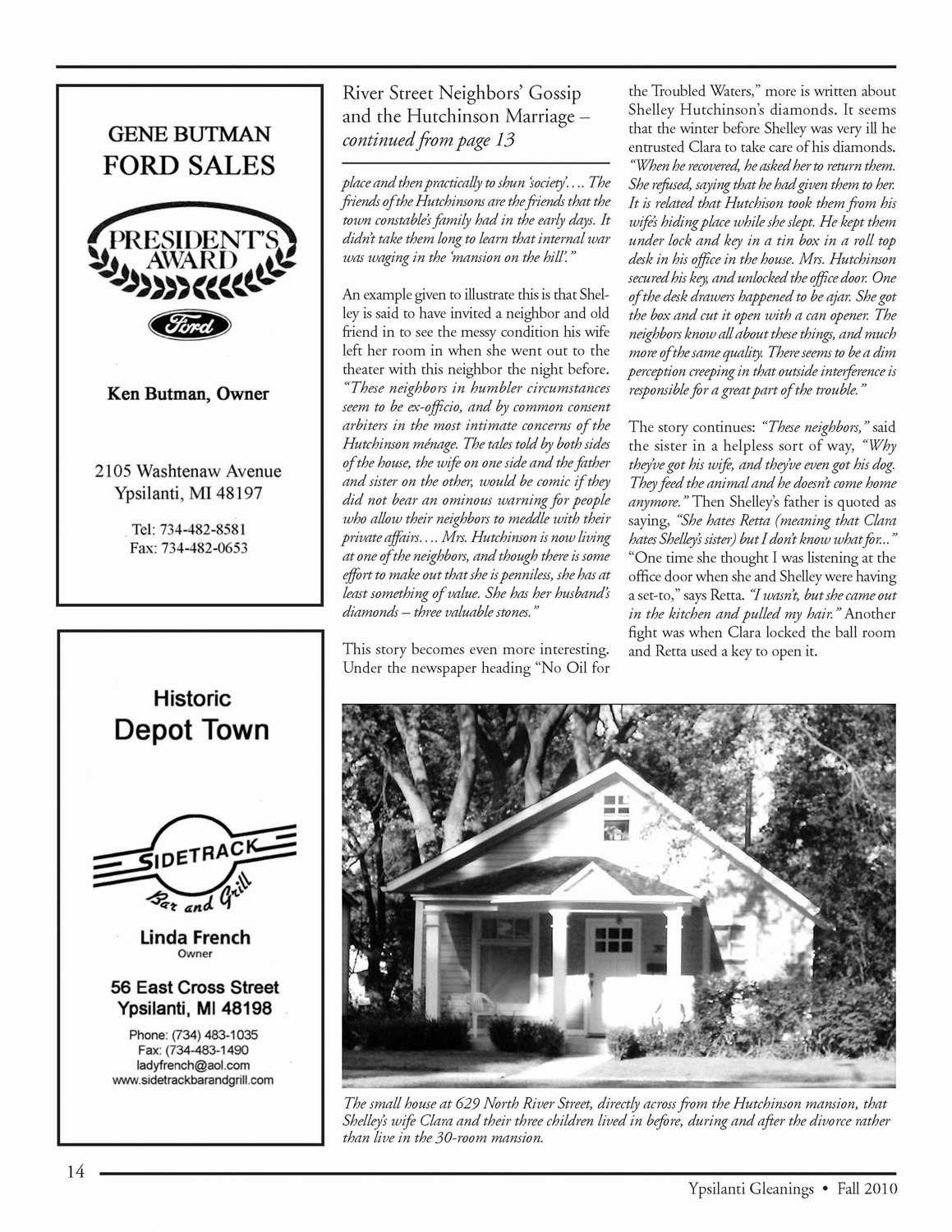 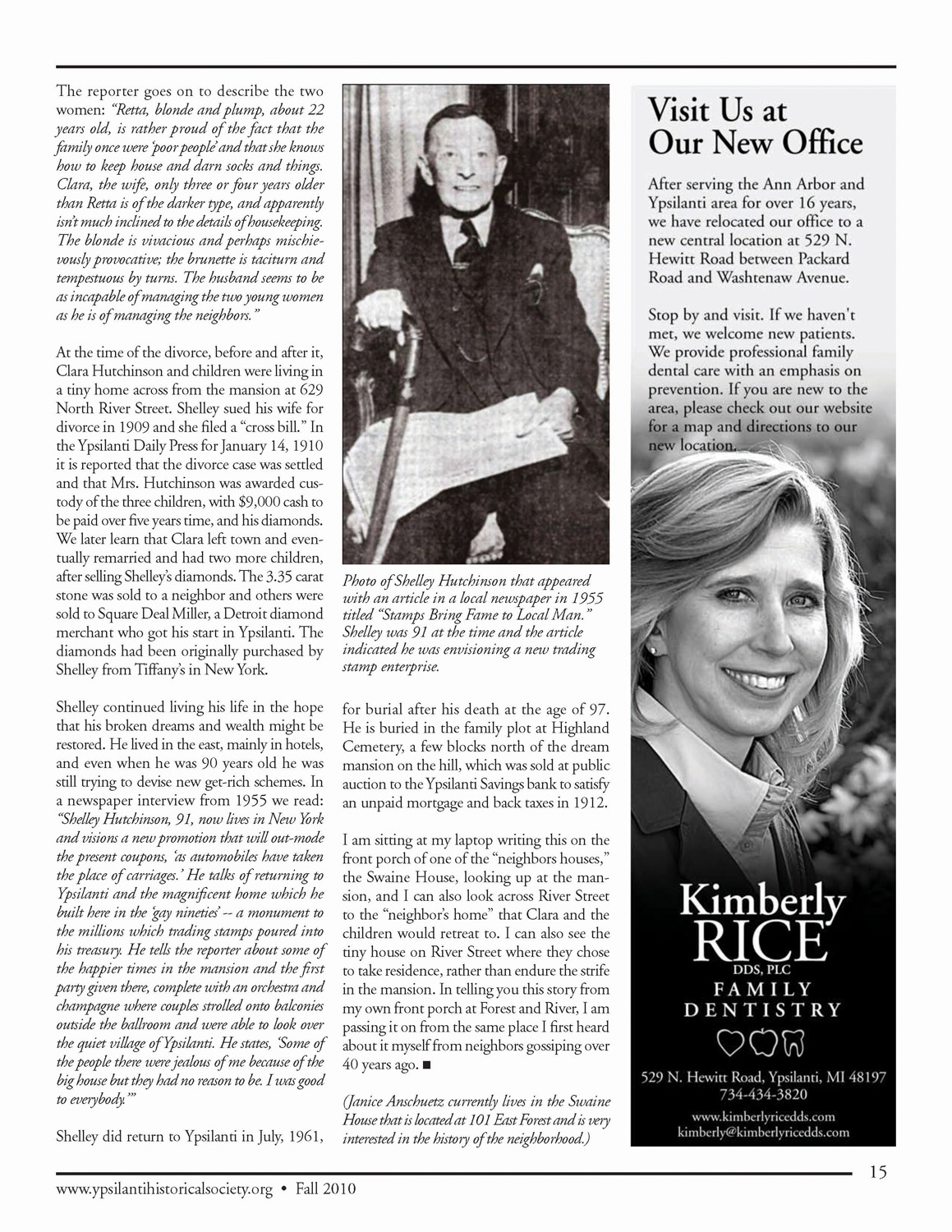 Photo 2: Sometime after 1860, Shelley’s grandparents, James and Elizabeth Hutchinson, left their log cabin on a farm in Superior Township and moved to this house at 227 North River Street in Ypsilanti.

Photo 3: Shelley’s childhood home at 509 River Street was just across the street from the once opulent Champlain mansion located on the lot where Shelley later built his own mansion.

Photo 4: This is the view of the Hutchinson Mansion that Clara would have had from her tiny home on River Street.

Photo 5: Neighbors said this is the home at the Northwest corner of North River Street and East Forest Street where Clara and the children, and even Shelley’s dog, spent their time rather than fight with the in-laws in the mansion.

Photo 6: The small house at 629 North River Street, directly across from the Hutchinson mansion, that Shelley’s wife Clara and their three children lived in before, during and after the divorce rather than live in the 30-room mansion.

Photo 7: Photo of Shelley Hutchinson that appeared with an article in a local newspaper in 1955 titled “Stamps Bring Fame to Local Man.” Shelley was 91 at the time and the article indicated he was envisioning a new trading stamp enterprise.