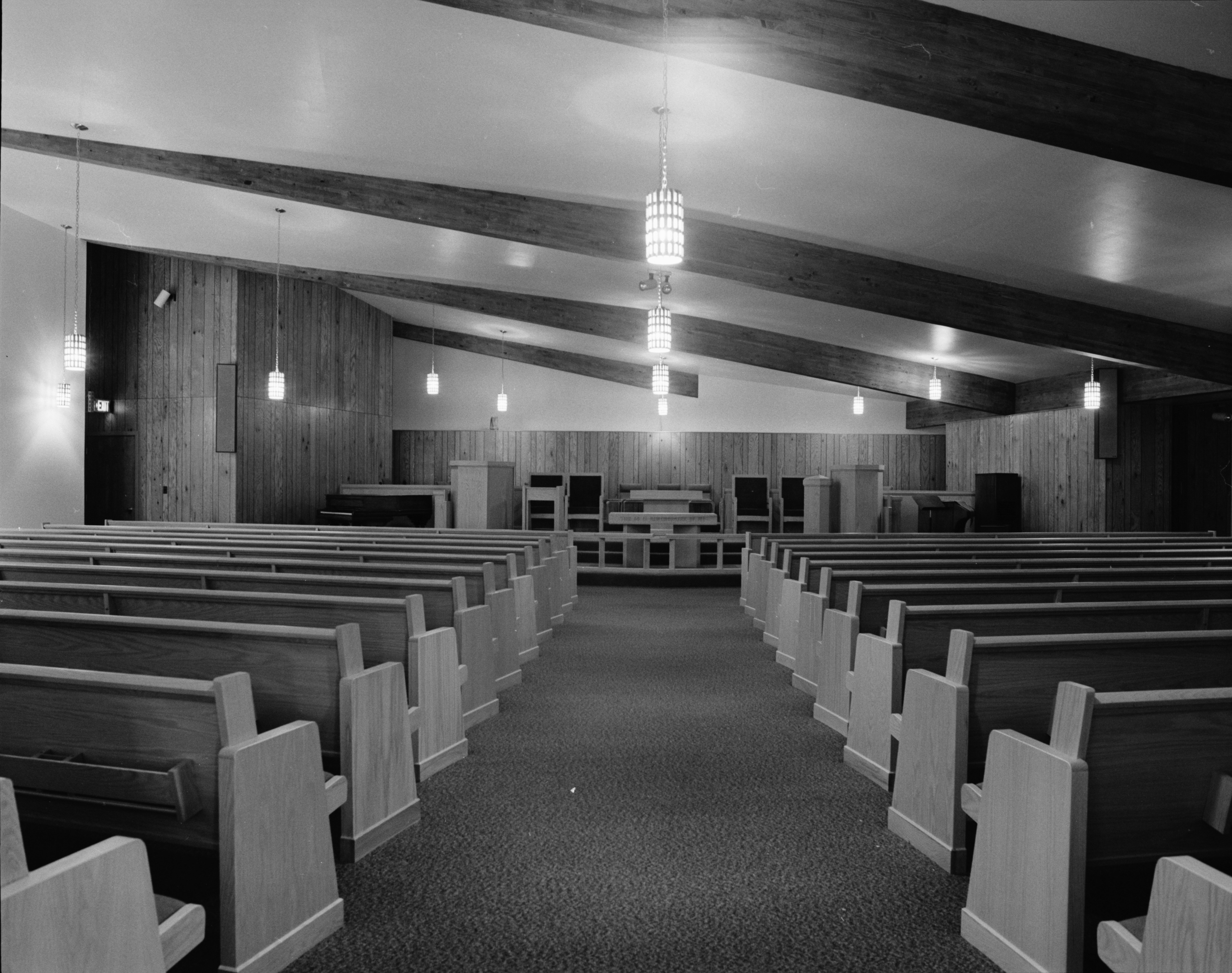 Published In
Ann Arbor News, June 22, 1974
Caption
Simplicity Stressed The architectural feature of the new sanctuary of Bethel AME Church, 900 Plum St., is its simplicity, says the Rev. John A. Woods, pastor. An open house for the new $125,000 structure will be from 4 to 7 p.m. Sunday. The church has been meeting in its educational building, which was completed in January of 1972. Until that time, Bethel AME (African Methodist Episcopal) had been meeting in a building at 632 N. Fourth Ave. The congregation was first organized in 1855. O'Neal Construction Co. of Ann Arbor build the sanctuary. Architects were Cuthbert and Cuthbert of Dearborn.
Month
June
Year
1974
Rights Held By
Donated by the Ann Arbor News. © The Ann Arbor News.
Copyright
Copyright Protected