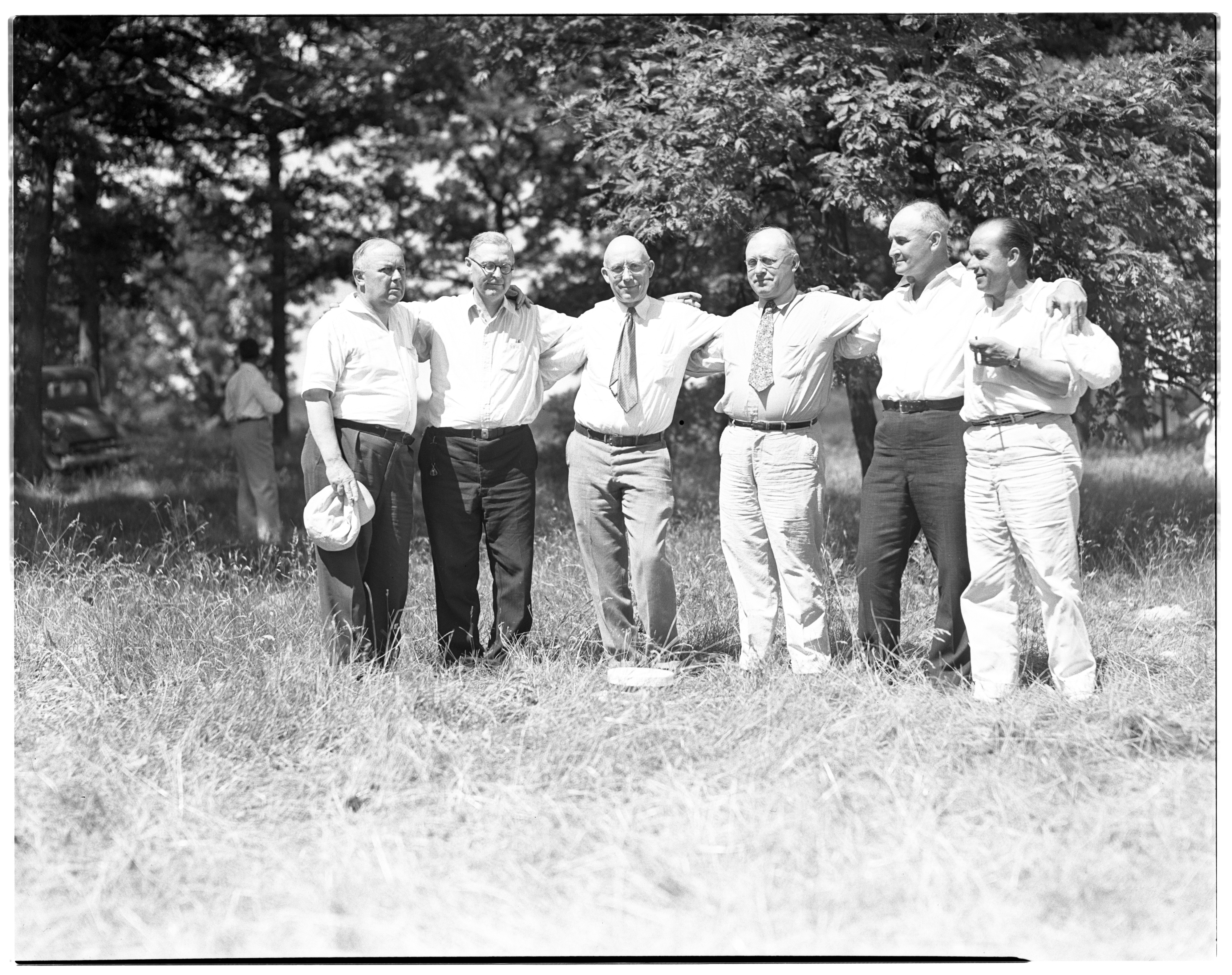 Published In
Ann Arbor News, June 29, 1937
Caption
THEY WERE REAL ATHLETES ONCE: You wouldn't guess it from the above pictures, but back after the turn of the century these boys pictured above were the outstanding athletes at Ann Arbor high. Their girths are slightly larger than they were when they toted the football and smashed out base hits for Ann Arbor high back in the "good old days." From left to right the former athletes are: Eugene Heintzman, football star in 1900; Roy Hiscock, who won his gridiron letter in 1903 and '04; Grover Burg, baseball luminary of 1906 and '07; Ralph Burg, who played both football and baseball in 1906 and 07; Bert Root, one of Ann Arbor's football and baseball stars during the seasons of 1908, '09 and '10; Fritz Schmid, the most modern of the above athletes, who starred in football and basketball in 1912 and 1913. With the exception of Ralph Burg, who lives at Birmingham, Ala., all of the former Pioneer stars are still residents of Ann Arbor.
Month
June
Year
1937
Rights Held By
Donated by the Ann Arbor News. © The Ann Arbor News.
Copyright
Copyright Protected
Summer in Ann Arbor - 1937