Author and former University vice-president, Shirley W. Smith, embeds a baseball in wet cement at the "author's premiere" in front of the Michigan Theater, May 1949 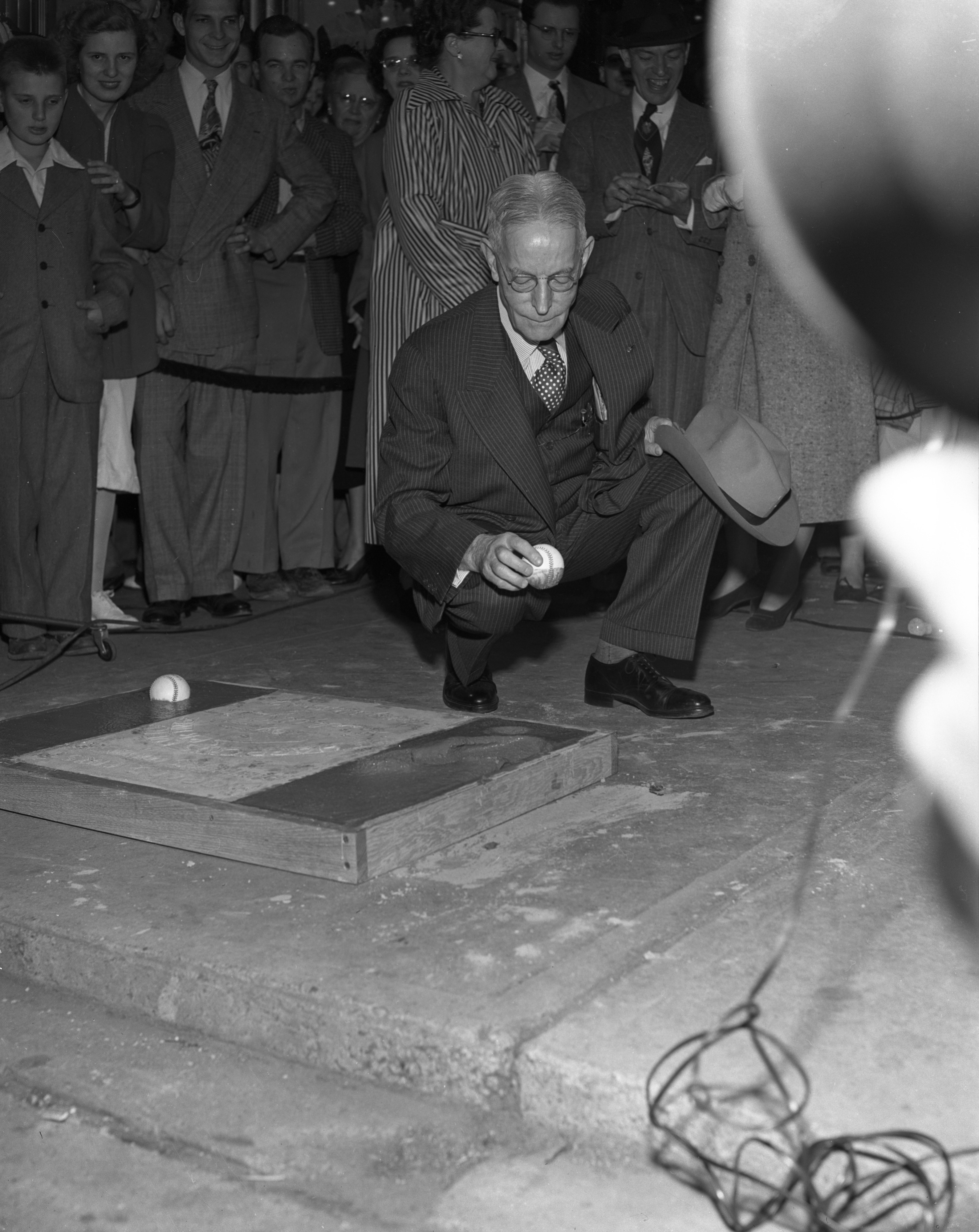 Published In
Ann Arbor News, May 8, 1949
Caption
SET FOR "SINKER" BALL: The "sinker" is a valuable pitch in a Major League hurler's repertoire, and Shirley W. Smith used a slight variation last night to embed an autographed baseball in a block of wet concrete. The ceremony was part of festivities at the "author's premiere" of a motion picture based on a story by Smith with a baseball background. Scriptwriter Valentine Davies, who adopted Smith's story for the screen, had previously enslabbed another ball (left) for posterity. The footprint in the cement was made "accidental" (so he said) by Attorney George J. Burke, who acted as master of ceremonies at the premiere.
Month
May
Year
1949
Rights Held By
Donated by the Ann Arbor News. © The Ann Arbor News.
Copyright
Copyright Protected