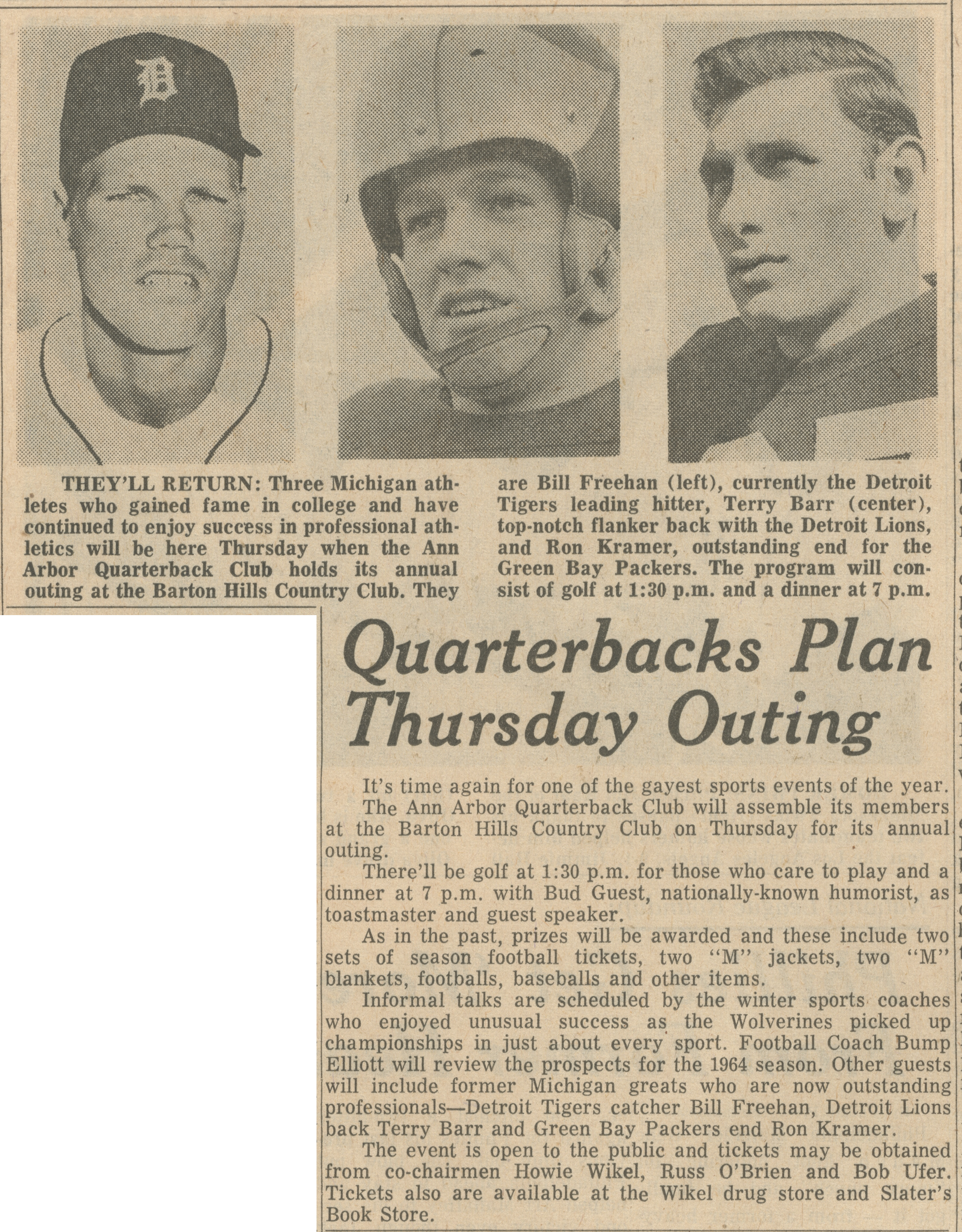 ﻿THEY’LL RETURN: Three Michigan athletes who gained fame in college and have continued to enjoy success in professional athletics will be here Thursday when the Ann Arbor Quarterback Club holds its annual outing at the Barton Hills Country Club. They are Bill Freehan (left), currently the Detroit Tigers leading hitter, Terry Barr (center), top-notch flanker back with the Detroit Lions, and Ron Kramer, outstanding end for the Green Bay Packers. The program will consist of golf at 1:30 p.m. and a dinner at 7 p.m.

It’s time again for one of the gayest sports events of the year.

The Ann Arbor Quarterback Club will assemble its members at the Barton Hills Country Club on Thursday for its annual outing.

There’ll be golf at 1:30 p.m. for those who care to play and a dinner at 7 p.m. with Bud Guest, nationally-known humorist, as toastmaster and guest speaker.

s in the past, prizes will be awarded and these include two sets of season football tickets, two “M” jackets, two “M” blankets, footballs, baseballs and other items.

Informal talks are scheduled by the winter sports coaches who enjoyed unusual success as the Wolverines picked up championships in just about every sport. Football Coach Bump Elliott will review the prospects for the 1964 season. Other guests will include former Michigan greats who are now outstanding professionals—Detroit Tigers catcher Bill Freehan, Detroit Lions back Terry Barr and Green Bay Packers end Ron Kramer.

The event is open to the public and tickets may be obtained from co-chairmen Howie Wikel, Russ O’Brien and Bob Ufer. Tickets also are available at the Wikel drug store and Slater’s Book Store.