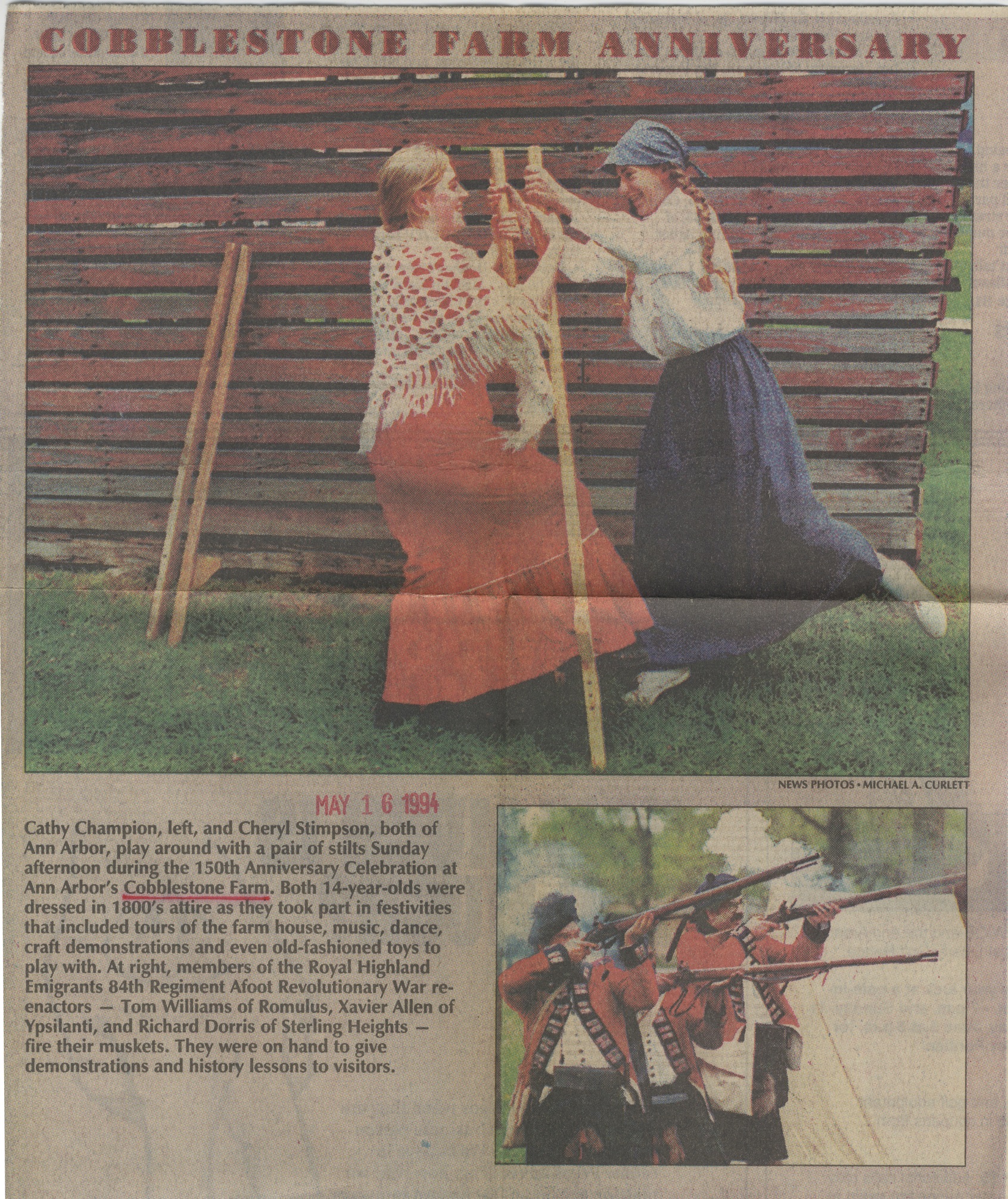 Cathy Champion, left, and Cheryl Stimpson, both of Ann Arbor, play around with a pair of stilts Sunday afternoon during the 150th Anniversary Celebration at Ann Arbor's Cobblestone Farm. Both 14-year-olds were dressed in 1800's attire as they took part in festivities that included tours of the farm house, music, dance, craft demonstrations and even old-fashioned toys to play with. At right, memebers of the Royal Highland Emigrants 84th Regiment Afoot Revolutionary War reenactors -- Tom Williams of Romulus, Xavier Allen of Ypsilanti, and Richard Dorris of Sterling Heights -- fire their muskets. They were on hand to give demonstrations and history lessons to visitors.