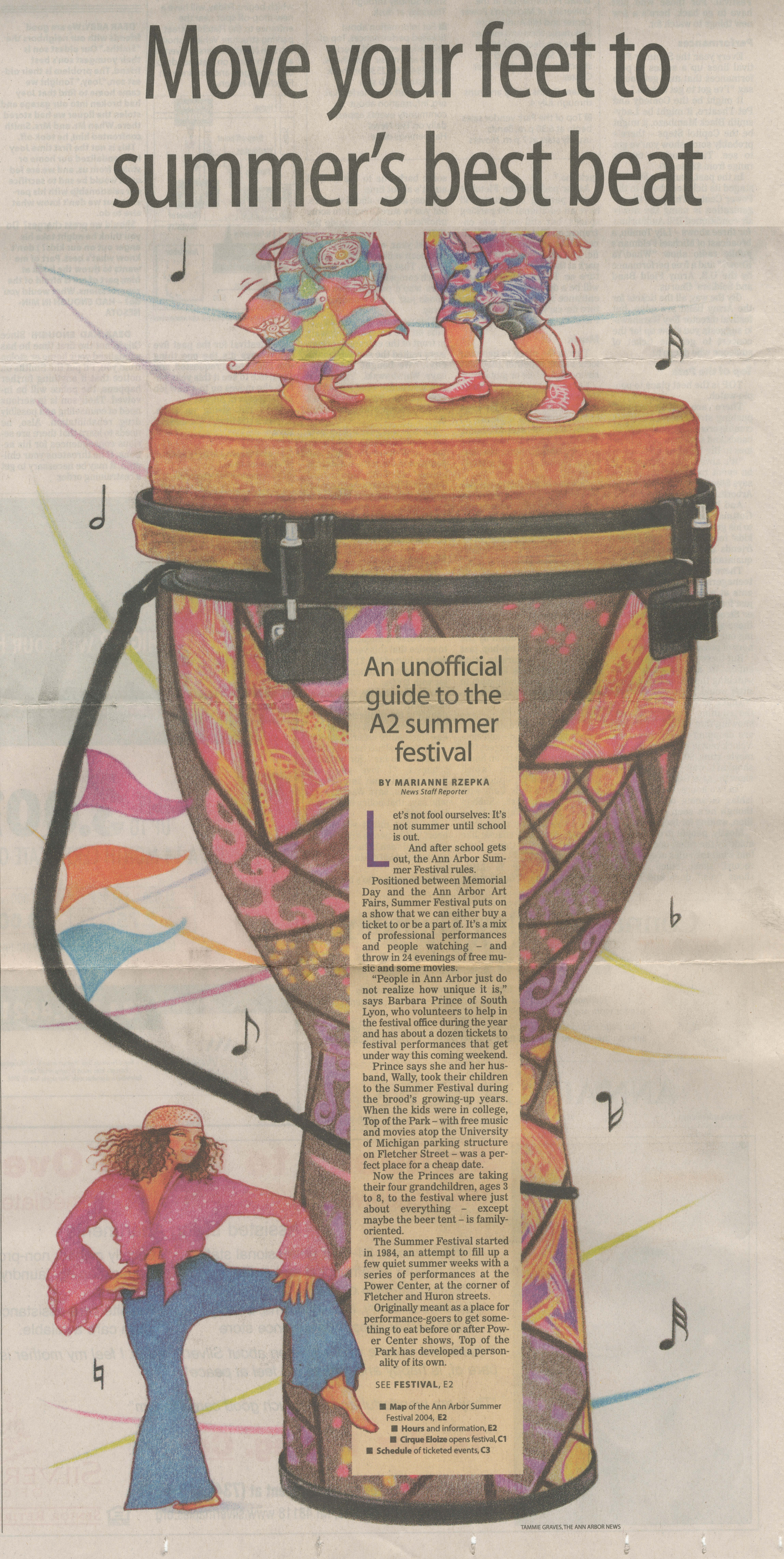 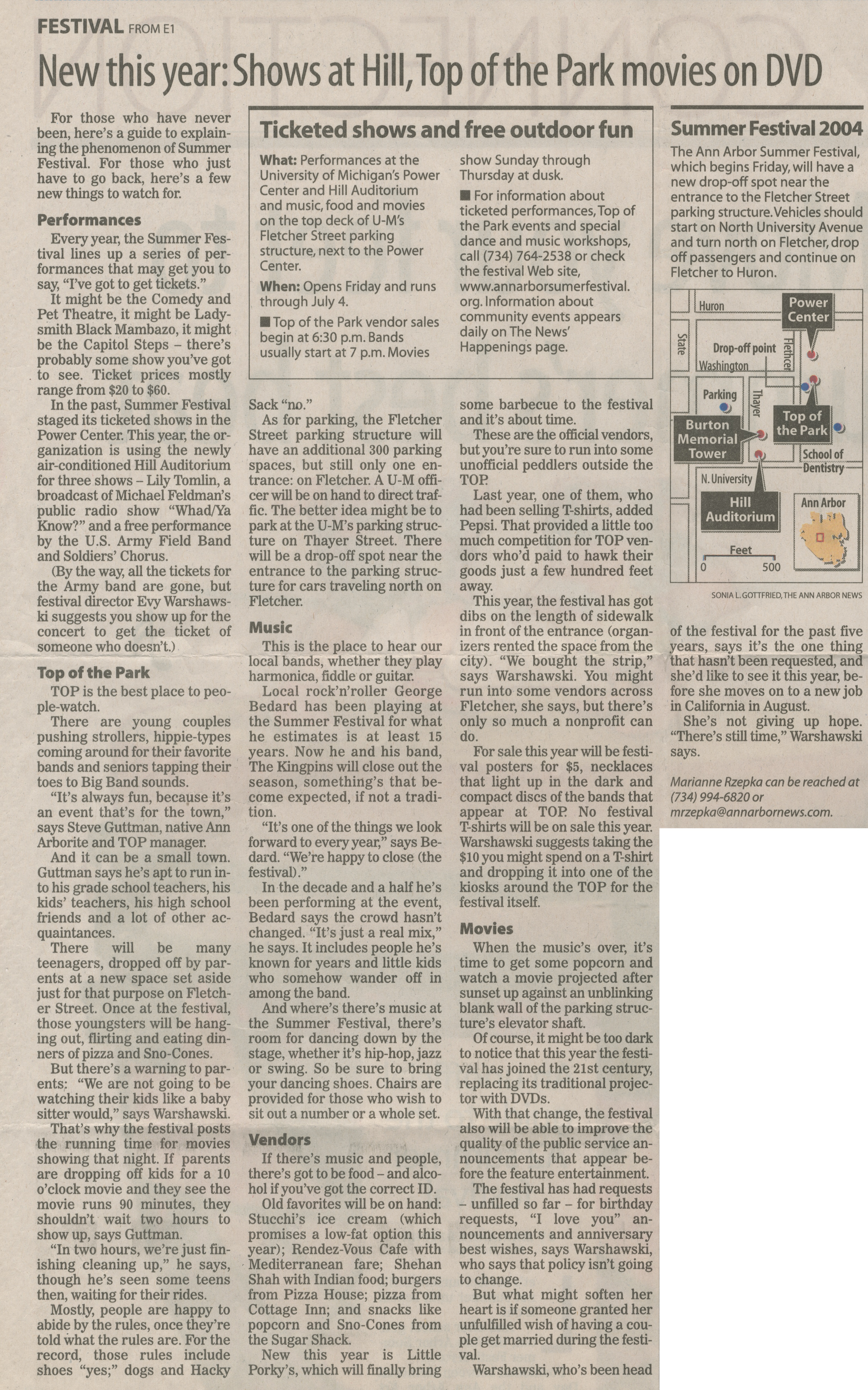 An unofficial guide to the A2 summer festival

Let’s not fool ourselves: It’s not summer until school is out.

And after school gets out, the Ann Arbor Summer Festival rules. Positioned between Memorial Day and the Ann Arbor Art Fairs, Summer Festival puts on a show that we can either buy a ticket to or be a part of. It’s a mix of professional performances and people watching - and throw in 24 evenings of free music and some movies.

“People in Ann Arbor just do not realize how unique it is,” says Barbara Prince of South Lyon, who volunteers to help in the festival office during the year and has about a dozen tickets to festival performances that get under way this coming weekend.

Prince says she and her husband, Wally, took their children to the Summer Festival during the brood’s growing-up years. When the kids were in college, Top of the Park - with free music and movies atop the University of Michigan parking structure on Fletcher Street - was a perfect place for a cheap date.

Now the Princes are taking their four grandchildren, ages 3 to 8, to the festival where just about everything - except maybe the beer tent - is family-oriented.

The Summer Festival started in 1984, an attempt to fill up a few quiet summer weeks with a series of performances at the Power Center, at the corner of Fletcher and Huron streets.

Originally meant as a place for performance-goers to get something to eat before or after Power Center shows, Top of the Park has developed a personality of its own.